Do you make a lot of promises you can't keep? Everyone has broken a promise at some point in their lives, but some people do it more often than others. But why do people break their promises? Why commit to something that you can't do? In this article, we will explore possible explanations of this phenomenon. 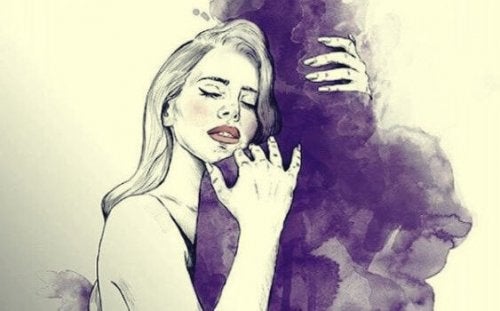 Some people break promises time and again. They chip away at your trust, little by little, and leave you nothing but empty words and disappointments. People like this can be toxic because actions speak louder than words. Relationships are built on promises kept, not on promises broken.

There are specialists in the field who argue that the fewer promises you make to other people, the better. There will certainly be people who agree with this idea, but it’s important to consider the other side of the argument as well.

Human beings need to feel a sense of security in order to create bonds with their peers. Promises are declarations of intention that help strengthen trust between people.

“Keep every promise you make and only make promises you can keep.”

Children, for example, need these kinds of affirmations from their parents so they can feel a sense of short and long-term security. “I promise that when you get out of school, I’ll go pick you and we’ll spend some time at the park.”

The same thing happens with couples. Promises are valuable because they add an element of certainty and expectation. When your significant other promises you something and then does it, you feel loved and committed.

Breaking a promise is the fastest way to kill a relationship. That’s especially true if the person breaking the promise is a repeat offender.

Why do people break promises?

It’s very easy to judge other people for what they do or don’t do and forget about your own behavior. Human beings are incredibly complex creatures, so much so that sometimes you appear ambivalent without even realizing it.

In other words, some people openly and maliciously break their promises, there’s no doubt about that. However, there are also people who behave this way because of deep issues of which they aren’t fully aware.

Sometimes people break promises because they are insecure, like a parent who doesn’t know how to say no to their child when they ask for things. Other times (most of the time) you get carried away by those intimate and happy moments when promises are attractive and easy to make. Those same promises that seem so important at the time can easily slip through the cracks later on.

Something that you should keep in mind about breaking promises is that not only are you disappointing other people, but you are damaging your own self-esteem. This damage has direct and collateral effects. It creates emotional conflicts, you lose honesty, and your relationships are poisoned by mistrust.

Passive-aggressive people seem nice and open at certain moments. They respond enthusiastically to your opinions and demands. Not only that, but they will feed your dreams and talk about all the things you have in common. However, it won’t take long before they break every single promise that they just made.

If that weren’t frustrating enough, they will completely deny that they ever promised you anything or agreed to anything. Passive-aggressive people are addicted to breaking promises.

We mentioned before that people who break promises are not all alike. Some people aren’t aware that they do it, or at the very least they don’t do it in bad faith like passive-aggressive people.

People like this are often immature and don’t have a good sense of their limitations. Nevertheless, they often make these promises from the heart. Their enthusiasm is usually contagious, and they make other people believe that what they are saying is possible.

It’s important to mention that in the above situation, the broken promises affect the promise-breaker as well. They get caught up in their own failures and disappointments, and that can be psychologically very taxing.

Dreaming in order to get something in return

There are two-faced promises. Agreements that you make in order to get something in return. You see that often in couples or with family members. You might make a promise to someone in exchange for their commitment to do something for you.

“This weekend, we’ll go to the beach if you help me with this work project” or “I promise that I will take you to Mark’s birthday party if you pass your math test.”

In this case, sometimes one person holds up their end of the bargain only to realize that the other person didn’t comply. It could be that it was just completely out of their control, but sometimes the intention is manipulative.

Fear of saying “no”

Some people break promises because they don’t know how to be assertive. They can’t say no when their partner, children, or friends ask them to commit to something. If you don’t know how to set boundaries, you might end up taking responsibility for something that you know you can’t do.

Little by little, the feeling of incompetence, discomfort, and unhappiness with yourself starts to weigh on you. Especially when you ask for forgiveness and you have to face the rejection and disappointment on the faces of people you love.

In conclusion, people who break promises don’t always have bad intentions. They might be dealing with some difficult personal issues and they still have to work on their assertiveness, self-confidence, and responsibility. After all, we are all works in progress. Some people understand the weight that a promise can carry, and some people have yet to learn.

When you make a promise, you are taking on a responsibility and putting faith in yourself. If you don’t have that self-confidence, it’s very difficult for you to keep those promises.

Trustworthy People Inspire Trust in Others
Trustworthy people don't show it just in the big, grand gestures. They also do it in the little things. In fact, those small gestures are much more valuable than you may think. Read more »