The Psychology of Time: Why We Perceive Time in Different Ways 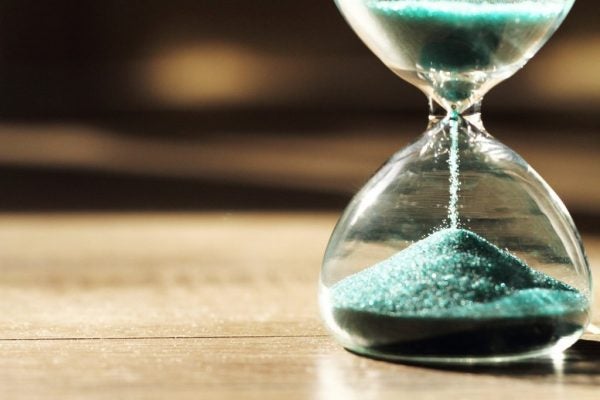 Sometimes time seems to go by so quickly, especially when we’re feeling happy. When we’re having fun, it flies by. On the contrary, when we’re not having such a good time, time seems to really drag on. Although the passage of time is the same, our perception of time can differ a lot. The psychology of time goes further and shows us how different perceptions of time can influence our behavior.

The Good Samaritan Experiment gives us an idea of how our perception of time can affect our behavior. In this experiment, some lecturers were told that they had to go to another building to give a talk. While some were told they had plenty of time to get there, others were told they were late and that the people were already waiting for them.

The conclusion from this was that the people behaved differently because of the time they thought they had. Those who were in a hurry were only thinking about the future. They were focused on their apparent lateness, and, for that reason, didn’t stop to help. On the contrary, those who had time to spare were more focused on the present and did stop to help.

Let’s have a look at the psychology of time and learn some more about it.

The psychology of time affirms that the perception we have of time influences our behavior.

Different perceptions of time, according to the psychology of time

Based on the findings of the Good Samaritan study, two researchers, Philip Zimbardo and John Boyd, delved into a study of the psychology of time. Their work culminated with a categorization of the different time perspectives. According to Zimbardo and Boyd, there are six time perspectives and people tend to sway towards one of them in particular and are more oriented to some rather than others. Here are the six perspectives:

People who sway more towards the “positive past” remember the past with joy. They actively try to remember the past by repeating the memories over and over again. They tend to be warm, sentimental, friendly, and have more self-confidence. As a rule, they are hardly ever anxious or depressed and don’t tend to be aggressive. They like music, old movies, family gatherings, meetings, and group celebrations. They usually keep objects from the past which have symbolic value for them.

Another type of time perspective is the “negative past“. For those who are more oriented towards this perspective, their past tends to meaningless. They try to get rid of the bad experiences of the past, which they don’t recommend to anyone. They don’t usually have too many friends and, the few they do have, describe them as unhappy, depressed, anxious, and quite shy. Sometimes they get so frustrated that they lose control, and often end up breaking things. They don’t usually exercise or do anything fun. They also find it hard to control their impulses. Because of that, they often get involved in betting.

Another perspective of time is the “hedonistic present“. This type of person is usually more creative and has many friends. They are energetic and they like a bit of adventure. When they go to a party, they are the ones who stand out the most and make everyone laugh. They’re the life and soul of the party. Their motto is “If you like it, do it”. Because of that, they don’t usually hold down a job for very long. They are far too impulsive. They also like getting involved in extreme and hazardous sports.

People who tend to fall into the category of “fatalistic present” often lack confidence. This can often make them depressed and anxious. They always look down and aren’t very lively. Their motto is “Whatever will be, will be”. Unfortunately this type of person often gets involved in dangerous practices such as drug use. They think that their destiny is already decided and that nothing they do will ever change that.

Other people are more oriented towards the “future“. They are realists and usually ponder things between their instant benefits and future costs. They are able to reject an instant gratification for a greater reward in the future.

These people usually have many acquaintances, but not many friends. They are very concerned about consequences and, because of that, don’t like change, surprises, or excitement. They always plan everything and make lots of lists. As a rule, they wear watches, and they seem to spend their lives dependent on the second hand. They are characterized by prudence and avoid unnecessary risks.

Those who are focused on the “distant future” are usually linked to a religion. These people believe in life after death, go to religious services regularly, and carry out rites for their religion either in private or in public. They usually have a good control of their impulses. They aren’t aggressive, and they worry about the consequences of their actions.

What time perspective are you guided by?  The creators of these time perspectives (mentioned above) offer you the chance to find out your perspective by filling out a questionnaire on their website. Why don’t you go ahead and fill it out? Keep in mind, however, that these perspectives can change over time due to different factors in our lives.

3 Time Thieves and How to Escape Them
Time is one of the most valuable resources we have and one of the most beautiful gifts we can give. One way we can value time is by avoiding time thieves. Read more »
Link copied!
Interesting Articles
Psychology
Do Not Lock Yourself Up, Get Out of Your Skin

It is true that each person has their own temperament, and some are very expressive, while others prefer to be…

Psychology
Gregorio Marañón and His Theory of Personality

Even though people know a lot about trauma, there are still many misconceptions about it. Humans are vulnerable, but sometimes we can forget how tenacious we can become. As Viktor…

Psychology
7 Things We Can Learn From Introverts

For a large part of his childhood, Albert Einstein was not exactly considered a brilliant student, but more of an…