Our lives are filled with more fantasy than reality 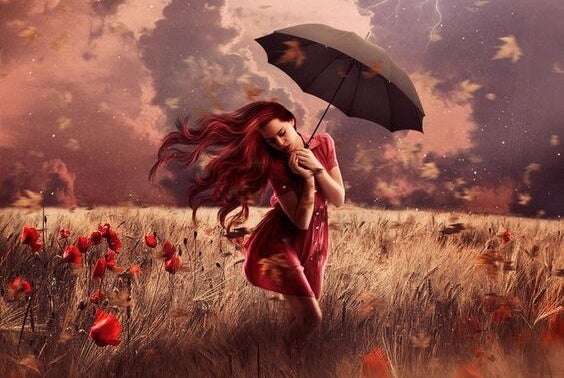 When we talk about fantasies, many believe we are talking about a topic that is far removed from everyday reality. They assume that fantasy is something only associated with extraordinary or unusual events. However, the truth of the matter is that we are dealing with fantasies on a day to day basis.

Many would say that we are constantly absorbed in an array of different fantasies. Strictly speaking, much of what we do or don’t do is based only on imaginary reasons and ideas, rather than real ones. If we ask why we live in such and such a way and not another, many will reply with arguments based much more around cultural fantasy than real life.

“The best friend and the worst enemy of the soul is fantasy.”

Some fantasies are creative. These are the ones that stray from the ordinary and move towards the extraordinary. However, there are also uncreative fantasies. They are what we hear others say and then repeat them as if they were true. They are strongly rooted in a local culture and that is why they are presented as truth, even if they are not.

We don’t have, and nor should we have to have, an objective perception of ourselves and the world around us. Much of what makes up our ideas is influenced by fantasies we’ve been taught and by ones we ourselves have built.

The good thing is that whatever is fantastic is also plastic – it can be molded, transformed, and changed. It is not subject to the implacable laws of reality.

Some fantasies help to feed the desire to live and grow. One example is the perception that we deserve something, and that something good will always come into our lives. These are interpreted as optimism, perseverance and resilience.

The paradox is that, although these fantasies are not based on any objective test, they still often become reality. They are born as convictions without any evidence, but they fill the person in such a positive way that they are able to respect themselves so much more and make the best of each situation.

Every great human feat began as a fantastic dream. It doesn’t happen the other way round, as it does in science. You don’t find the evidence first in order to make the statement, but rather you make the statement first and then the evidences follow. That’s why they say that you can go as far as your dreams let you.

The opposite also occurs in the human mind. People are capable of creating real nightmares, which really only exist in our imagination. You think that everything will go wrong and, even if it goes well, you still think it’s gone badly. You think you don’t deserve anything good and you end up renouncing or sabotaging the possibilities of improving things for yourself.

Some of those terrible fantasies go even further. Sometimes they express themselves as intense delusions. An imaginary guilt is capable of leading you to create an imaginary manhunt as well. The fear of falling causes you to stumble. Crazy jealousy sows the seed of infidelity in the other.

There are cases where the fantasy becomes invasive and takes control. You can convince yourself that if you fall asleep you will never wake up. Or think that that your body is a bag of fat and stop eating. You can even imagine that your life is worth nothing, that there’s no meaning to it and, consciously or unconsciously, you insist on dying.

The limit for fantasy

Humans are imaginative animals. We are touched and influenced by fantasies from birth. We are, in the first place our parents’ fantasy, whether it be a happy, feared or unexpected one. The meaning they give us is what makes our life possible. If they hadn’t been the main players, in a fantastic way, in our arrival to the world, we wouldn’t have been born. They crafted an idea, without any sort of evidence, of what our life on this planet would be like. And they gave their consent.

Fantasies are essentially human. We come from them and we go towards them. Every human hope in the face of death has an element of fantasy to it. And every hope in life too. Uncertainty is the only thing which is real. The rest is a product of human imagination.

However, the world of fantasy encompasses a wide range of hues and shades. It goes from the completely absurd to the reasonable and probable. In order to create or make art, it’s good to give free rein to fantasies. To live, it’s better to stay within the realms of what is possible. But don’t forget that we can always redesign our fantasies so that they become a force for good in our lives and not for evil.

The Difference Between Fantasy and Desire
Fantasy allows us to construct parallel worlds, impossible creatures, and magnificent stories like the ones we see in movies. Read more »
Link copied!
Interesting Articles
Psychology
My Room, My Disorganized Mess, My World

A disorganized room, a desk covered in books, Post-Its, old photographs, dried flowers, and more than one coffee mug, is…

Wellness
Your Caress Reenergizes My Soul

The caress of a loved one has the power to reenergize our soul. It is like the warm murmuring of an ocean creating…

Psychology
You're Invited into My Life, But You're Not Obligated to Stay

I've learned over the years that people come and go in life. It used to hurt to think about this, and I wasn't…