The Psychological Profile of a Killer

For better or for worse, humans are fascinated by murder. But why do people kill other people? What are the root causes of this? What is the difference between homicide and murder? Keep reading to find out. 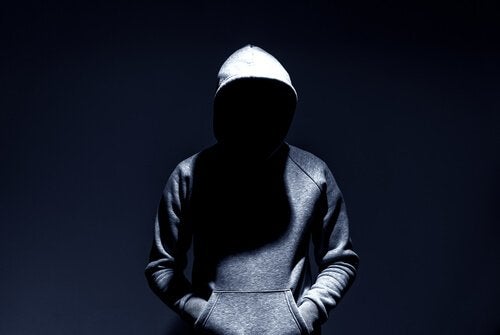 Although murder is an awful crime, it isn’t the most common crime. Property crime and drug crime are on top of the list. Be that as it may, people are fascinated by murderers and the concept of one person killing another. So what leads people to commit such an atrocity? Let’s take a look at the psychological profile of a killer.

The term assassin comes from the Arabic word hashashin. They were Nasrids who were part of a sect dedicated to killing certain people. Usually, their targets were people with a certain degree of power, such as political leaders. They killed people because they believed that this would get them into heaven.

The members of this sect started at a very young age. Older members would seek out orphans, beggars, and other uneducated people, drug them, and make them believe that this was their mission in life. That’s when their training began. Some texts and studies say that the nickname they used meant “consumers of hashish,” but there’s no proof that that is true.

Is murder the same as homicide?

In Spain, according to article 138 of the Spanish Penal Code, homicide means to take someone’s life without any kind of related circumstances. So-called “hot-blooded murders” fall into this category. That is when things start as an argument and end in death.

On the other hand, murder, according to article 139, has to meet some specific standards to be considered as such. The fact that someone killed another person is only part of the sentencing. The way in which they killed is also an important part of the deliberation.

There are four circumstances that can turn a homicide into a murder:

Do you have to be a psychopath to commit murder?

Due to how terrifying it is to take someone else’s life (especially in certain circumstances), people tend to think that all murderers have mental issues.

The kind of mentally ill patients that people usually refer to are psychopaths. However, the percentage of murderous psychopaths is actually quite low. You’re more likely to find a psychopath in an important political role or as the owner of a large business. However, when a psychopath kills someone, they do it with such cruelty that your perception of what happened is skewed.

Murderers aren’t always psychopaths. The percentage of psychopathic killers is really quite low.

Although society needs to find an explanation for these actions, many people commit crimes just because. Sometimes, there is no medical excuse for their actions. There are both good and evil people in the world.

The Melilla Poisoner is a woman who killed her husband and her daughter because they were interfering with her plans. Neither psychologists nor psychiatrists found anything wrong with her. So then why did she do it? The only answer is that she was a very bad person.

Profile of a killer: Male and female murderers

Generally, there are more male than female murderers. However, that doesn’t mean that women don’t kill. This type of criminal behavior is very human.

Due to the role that women have in society, the methods that they use to kill are substantially different from men. Because they’re often relegated to the kitchen, women use more poison to kill. Men, on the other hand, use more aggressive and violent methods. In terms of motivation, women tend to commit murder with the goal of getting some benefit in return (not necessarily material). Men, on the other hand, tend to be motivated by sex or control.

Some additional traits of murderers

As you’ve seen, most murderers need a plan. They also seem to lack empathy. To get close to their victims, they resort to persuasion, seduction, etc.

One thing to keep in mind is that this isn’t an exact science. Crime is malleable and only the people who engage in it and can tell you exactly why they did it. All we can do is create an approximate profile of a killer that helps us understand the reasons behind their actions. However, everyone is different, so it’s highly likely that someone will come along who doesn’t fit the mold.

Surely you're not surprised that feelings influence decision-making. How many times have you regretted making a decision in a particular emotional state?…

Psychology
Do You Know What Thought Stopping Is?

Brooding or obsessive thoughts come into your head out of fear and worry. You turn them over and over in…