What is the Cause of Organized Crime?

What is organized crime? What factors enable it? Read on to find out! 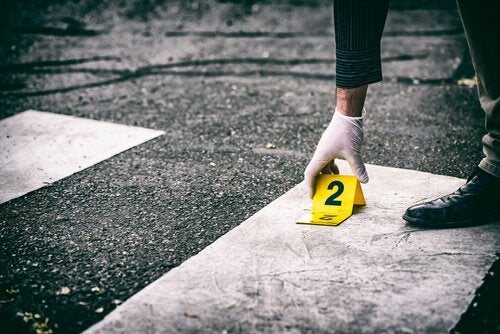 Organized crime is a way of committing crimes. These crimes require a certain level of planning and coordinated participation. There are criminal organizations such as Camorra, Cosa Nostra, and ‘Ndrangheta, which are Italian American mafias, the Japanese Yakuza, Colombian and Mexican cartels, and Russian and Eastern Europe mafias, among others.

Here are the core attributes of these criminal organizations:

What is the cause of organized crime?

On the other hand, there are three factors that explain why someone could end up being an active member of organized crime: motivation, opportunity, and functions.

Lastly, once inside the organization, there must be benefits or functions. If there’s no reassurance or if the risk of being excluded increases, motivation decreases.

However, such theories make no sense because organized crime also exists in successful and democratic countries.

Other macrofactors that help understand the origins of organized crime in a determined region are social changes. For example, migration can enable it or technological breakthroughs can lead to the creation of new drugs.

On the other hand, geographic factors are equally important. Let’s take Mexico’s situation as an example. It’s a country surrounded by cocaine-producing countries and a potential market for it: the United States.

“Poverty is the parent of revolution and crime.”

Microsocial factors also play a role. A country can be the best place for organized crime, but in the end, it’s the group itself who must shape it. Therefore, factors such as the inability to gain status or earn profit will be important when it comes to fighting organized crime.

Similarly, groups and minorities that feel excluded can start to form criminal organizations. This is the result of a lack of control, such as laws or security bodies.

Criminal subcultures are highly relevant as well. A child who grows up in a criminal environment is likely to become a criminal as an adult. Thus, the learning of certain skills will be fundamental. All this is encouraged by social relationships with members of criminal organizations, especially if there’s shared trust.

Instead, things like having been a criminal before or sharing a common identity, either ethnic, cultural, national, or regional, with a criminal organization will better determine membership.

Regardless of the way a criminal joins an organization, organized crime demands specialization or a special skill.

Psychopathy in Children: Symptoms, Causes, and Treatment
Psychopathy in children is a disorder that can have devastating consequences. In this article, we explore the symptoms, causes, and treatments. Read more »
Link copied!
Interesting Articles
Stories and Reflections
Period. End of Sentence: Revolutionary Women in India

Karl Raimund Popper was born in Vienna, Austria, in 1902 and died in London in 1994. He witnessed virtually the…

Culture
The Importance of Accepting a "No"