The Premack principle can help make our daily lives more bearable during this confinement. Read on to learn more! 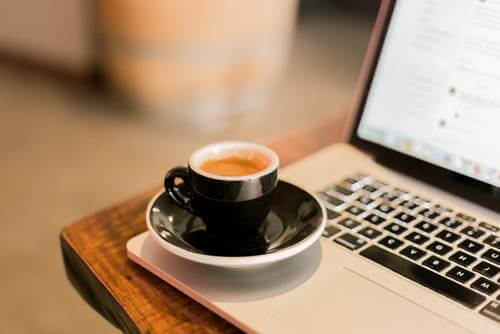 The Premack principle can make confinement more bearable for several reasons. Firstly, because it’s an ideal psychological tool to improve productivity and establish better behavior patterns. Secondly, because it can be applied to countless areas of your life.

In this exceptional situation, many people are making an effort to do many different things each day. On social media, you’re probably seeing friends, acquaintances, and influencers exercising, cooking, or studying, among many other activities.

It’s clear that each one of us is handling confinement differently. Everyone uses their time as they see fit. It’s just as permissible to nap as it is to redecorate your house five days a week.

But during this confinement, Premack’s principle is both interesting and beneficial. Keep reading to discover why!

Before delving deeper into the reasons why the Premack principle can make confinement more bearable, we need to clarify what this theory is all about and where it stemmed from. This approach was inspired by psychologist B. F Skinner’s operant or instrumental conditioning.

Its ideas are based on a simple premise: people and animals do things or stop doing them based on a psychological dimension that either motivates them or makes that behavior disappear.

Here’s an example. “I stopped studying German because it bored me. Now I spend more and more time on certain streaming platforms because I love TV series.”

Well, one thing that Premack’s principle seeks to do is make our motivated behaviors act as an impulse so that we can make less interesting things happen. In other words, I could use my love of series as a reward mechanism for studying German every day. This technique is often used to modify behaviors and even to treat addictions or phobias.

Below, you’ll discover the ways in which the Premack principle can make confinement more bearable.

One of the recommendations for managing confinement is the need to establish routines. You should try to organize your time to make sure you have enough for both your obligations and leisure activities.

The same thing goes if you’re working at home. Although you’ll have to start the day working, you can promise yourself that you’ll take a short break in a couple of hours and do something more pleasant.

The Premack principle and eating

The Premack principle can make confinement more bearable and can be very beneficial in your eating habits. Here’s an example:

The Premack principle can make confinement with children more bearable

The Premack principle can make confinement with our children more bearable because it’ll help them achieve more with their schoolwork. Here’s how:

However, in between those morning schoolwork hours, you can allow them to do short activities they like.

As you’ve seen, this strategy is based on the use of positive reinforcers. During confinement, this could be exactly what we need. Try it out today!

Miracle Morning: A Routine to Help You Become More Successful
There are many routines to be successful, but one of the most effective is the miracle morning routine. In this article, we explain it in detail! Read more »
Link copied!
Interesting Articles
Healthy Habits
How Can I Better Organize My Time?

Why does it seem like everyone else always has more free time than I do? Why do I feel like…

Healthy Habits
Creating a Vegetable Garden at Home during Lockdown

During this confinement, many people have decided to try home gardening and create a vegetable garden. Now, there are small…