The Four Types of Attention

Attention is a complex psychological process. There are also multiple types of attention. Keep reading to learn more! 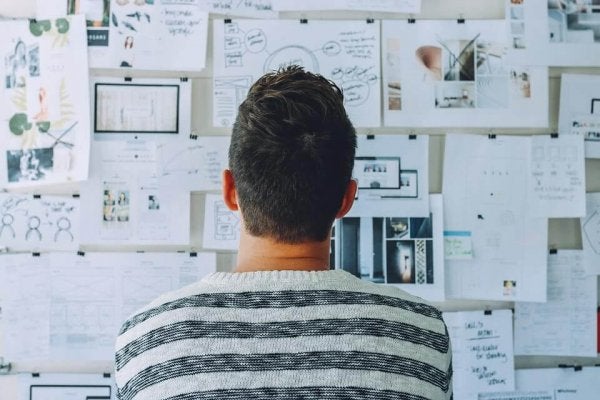 Understanding that there are multiple types of attention is important. Most people believe attention is the ability to focus. Anytime someone is distracted or simply not listening to you, you say they’re “not paying attention”. But here’s our question: is it actually possible to live with zero attention?

Attention disorders are extremely common and overdiagnosed these days. This isn’t surprising at all. We live in a society that demands constant processing of endless stimuli. Ads, multi-tasking, and electronic devices are just a few examples of the things that fight over our attention at any given moment.

Attention is a cognitive process that takes place in your brain. This means that just because someone is distracted doesn’t mean they don’t have any form of attention. Instead, they’re simply directing it somewhere else at that time.

Attention is an executive function

Attention is one of the most complex processes in our brain. In fact, experts haven’t yet decided on a fixed definition of it. It’s a brain function that helps you filter out stimuli, process information, and focus on a specific thing. For that, your frontal lobe has to assimilate all the information coming from the rest of your nervous system.

That process happens on several different levels, depending on what specific medium you’re interacting with. The characteristics of a given task and what it demands of you condition the kind of attention you have to use.

As we mentioned above, there are different levels of attention. One fundamental concept you must understand is orientation. What that basically means is your awareness of your surroundings. The type of attention you require depends on your level of awareness and how many activations you need to respond.

This type of attention is your ability to respond specifically to one stimulus. That requires you to ignore all the other stimuli in your surroundings. You need a high level of alertness and activation for it.

If you become very tired after a long period of alertness, you no longer ignore other stimuli. In other words, you become more vulnerable to distractions.

Sustained attention is the type you use for tasks that take a long time. It’s basically what allows you to do one specific cognitive activity consistently. For example, if you have to study for an exam, you need to read and process the information in a textbook for several hours. The reward isn’t often immediate which is why this type of attention has many obstacles such as:

Our brains are absolutely amazing. They allow us to do multiple things at the same time! It’s worth mentioning that even if they aren’t very demanding tasks, it still has to divide your attention in a way that allows you to perform well in both tasks.

However, this is a limited capacity. As one or both sources of information begin to demand more of your attention, your ability to respond will weaken. For example, if you need to write and listen at the same time or look at and talk to your professor at the same time, you’re using divided attention.

This is the most important type in terms of cognitive flexibility. It basically involves the ability to change the focus of your attention and switch between different tasks.

One example is preparing the different ingredients in different times frames to prepare a complex recipe. To do that well, you have to switch tasks without forgetting the previous one because you’ll go right back to it in a few seconds.

The importance of attentional control

Attention isn’t a singular, exclusive mental process. Most of the tasks you do require a combination of the various types of attention.

Attentional control, or the ability to alternate between and effectively use these different types, depends on other executive functions. Here are some of the most important ones:

Which parts of the nervous system play a role in attention?

Attention is a complex brain function which has played a very important role in our evolution and development as a species. It’s also a skill that you need to train. Any damage to the structures we just mentioned can lead to irreversible brain damage.

The four types of attention are all equally important and we use them all every day. In some cases, it’s for automatic things such as eating breakfast. In others, it’s for complex things such as driving in traffic. Thus, it’s vital for our daily lives.

Acalculia: The Inability to Understand Numbers
Acalculia was first described by neurologist Salomon Henschen in 1925 and continues to amaze the scientific world. Read on to learn about it! Read more »
Link copied!
Interesting Articles
Basic Psychological Processes
Learn All About the Different Types of Amnesia

Brain
Cognitive Characteristics of an Abuser

The neuroscientific explanations for some of our everyday behaviors serve to remind us of the complexity of our species. Although…