The Power of Proactive Thinking

Edward de Bono defined proactive thinking as that focus in which you don’t limit yourself to just letting things happen, but when you let yourself be an active agent in your own destiny, always ready for what can happen. 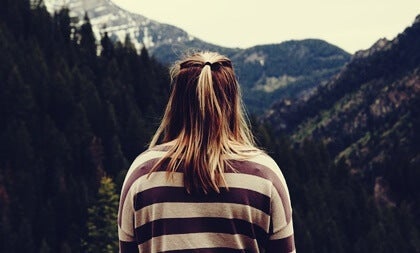 In order to take the reins of destiny, you have to stop reacting to it and dare to act as a participative agent. One way to do this is by applying proactive thinking, which permits you to face reality in a creative and agile way. This puts you in harmony with the changes in life. In essence, it’s about combining motivation for different things to gain an advantage.

Many say that what defines a leader is precisely their vision of the future and their admirable capacity to convert that vision into reality. One thing is clear: none of us have a crystal ball that can tell us in any detail what will happen.

However, when it’s time to face reality (whether we want to or not), we always have two options: apply a reactive thought or a proactive focus. The first is a type of behavior in which you limit yourself almost exclusively to react to everything that happens to you. It’s like someone who runs into a tree branch while going through a wooded path and screams in pain.

The power of proactive thinking

On the other side, however, you have an interesting possibility. It’s the one in which you don’t limit yourself to only let certain things happen. It’s the one where you dodge the tree branch, planning ahead of time another way to go through that leafy path full of danger. You can, if you decide to, apply a proactive thought that allows you to be prepared. You can have an established plan and avoid – as much as possible, anyway – being “hit” by the circumstances.

Applying this type of focus has huge benefits. Edward de Bono, for example, an expert in the field of creativity, defines proactive thinking as “deliberate reasoning”. Anyone can train themselves in it to increase their quality of life. Let’s delve deeper into this.

“Vision is the art of seeing what’s invisible to others.”

Psychologists Stephanie Jean Sohl and Anne Moyer of Stony Brook University conducted a very revealing study about stress and human well-being. According to this work, people who apply a proactive confrontation had a much lower possibility of developing a psychological condition.

The way to apply proactive thinking, according to the above study, is based on two very simple strategies.

A positive, creative, and flexible mentality

Edward de Bono used to explain in his works that, sometimes, the most intelligent people are the least proactive. This might sound surprising, but it has an explanation.

Likewise, to be proactive, it’s necessary to have a positive attitude. Being optimistic about the future and yourself is necessary. Having confidence in your abilities to aspire to something better is key for this type of focus.

Frustration is an emotional bomb that blows up inside when things don’t go as you planned. Few psychological situations wind up being as uncomfortable and difficult to manage. However, it’s imperative to learn to tolerate those roadblocks that everyone finds on the path to success.

A proactive person, who applies a kind of deliberate, optimistic, and resolute thinking, has learned to live with the occasional sense of frustration. It’s clear to them that there are difficulties on every path, so they envision the possibilities beforehand. This helps them get over those roadblocks.

Therefore, something you must understand about proactive thinking is that as much as possible, you must try to navigate those surprising nuances that can leave the plans of the immediate future…innovative.

Reality is full of patterns

Life has patterns. You might not recognize them at first, but they’re there, latent, orchestrated by that daily flow where certain things can be anticipated. You can see them where there are stimuli that unchain an entire process, acts that bring consequences.

A proactive person, then, is someone who has learned to observe, analyze, and awaken their intuitive vision about things in their life. Little by little, they realize that there are certain things that don’t happen just because. Finding patterns is one way to be prepared and to think of response strategies in order to act more effectively.

In conclusion, if you waste your time limiting yourself to just reacting instead of being proactive, it’s time to take a break. When a lot of things have happened to you, the best thing you can do is to take a breather to process things. Get your good mood, energy, and strength back.

When you calm your mind, you’ll be able to see things in another way. Proactive thinking appears when we regain motivation, clarity, and hope. That’ll be the perfect point from which to act and not react.

What does it mean to be a leader? One of the questions social psychology wants an answer to is why people follow them. In the classic study of leadership, people look…