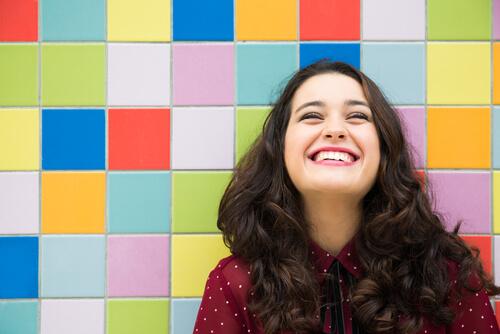 To go through everything human beings have gone through and to reach where they have reached, it took excessive optimism. But not everyone has the same combination of dreams and courage.

The idea occurred to writer and educator Mark Stevenson of identifying common traits that optimistic people have. He established 8 principles of pragmatic optimism.

Scientific and technological changes are transforming the society we live in. That’s why Stevenson believes that we have to teach and live in a slightly different way than we have in the past. He says that we must make an effort to have pragmatic and optimistic thoughts.

He asks, how can it be that certain people do good in our constantly changing world? And what is it they all have in common that makes them more likely to fight for the future and change the world?

Optimism is the tendency to hope that the future holds favorable outcomes. It takes the willpower to find solutions, and possibilities, always focusing on the positive. Stevenson looks down on the conformity that prevails today. He encourages us to imagine, dream and light up the future that we deserve. The only way to practice pragmatic optimism is letting what we long for guide us.

Create to benefit everyone

Stevenson realized that people who make significant advances and contribute to real progress in the world are committed to things that are bigger than themselves. There’s no place for selfishness in this line of thought. In the end, it’s a belief that is far from individualism and narcissism: we should create to benefit everyone, not just some people or ourselves.

Go for what works

Beliefs are subjective. Facts are scientifically objective. Stevenson believes that pragmatic optimism must concentrate on facts. This will mean a scientific and evidence-based way of thinking. That is, he recommends that we focus on what we already know.

As an example, he compares an engineer to a politician. While the former constructs buildings based on objective reality, the latter is led by their ideology. This does not allow them to see things as they are. Instead, Stevenson encourages us to think like engineers.

Sharing ideas amplifies them, makes them grow. But if we protect our ideas, we rob the world of them and the power that they hold. A brilliant idea that we don’t share is uselsss. And, in the end, it dies.

Everyone is connected and everything is changing. Stevenson assures us that the more connected we are, the faster ideas will circulate. But as power is spread on the internet, we must be responsible with it. We shouldn’t just do things without taking responsibility.

“Your ideas are for sharing, not protecting”.

To err is to progress

If we mess up, no problem. We should keep getting up. Over and over again. But if we don’t try at all, we are victims of our fear of failure.Stevenson pushes us to make mistakes, because he believes that this is a way to move towards the right answer.

In fact, he believes it’s the best strategy for progress. No one has discovered anything without previously making a mistake. People who believe that errors are the end of the world will stagnate. By doing this, they’re acting irresponsibly, and they ultimately find themselves on the wrong path.

Do instead of try

Intentions motivate actions, but we are not made of attempts, rather of actions. For that reason, the best way to be true to who we are is by acting. Taking what we believe and think and putting it into practice. We are what we do and feel, and not what we intend to do.

Get rid of laziness

Stevenson believes that a cynical culture rules the world. It reveals a lack of ambition and hope that things can get better. However, pragmatic optimism advocates for getting rid of laziness, excuses, and apathy. Only by overcoming this mental hurdle will we be capable of living our dreams.

Life is like a long-distance race where each little step takes us towards our goals. Some days we advance more, others less. But our reward will come sooner or later. Hope, effort, patience and persistence make the result worth the effort.

These 8 principles can serve as your guide to pragmatic optimism. They will help us live more productively and positively. If we start really incorporating it into our daily lives, we’ll have the confidence to transform anything we set our minds to. Change is always possible.

The Ups and Downs of Optimism
This case is just one more proof that during complicated times, union can awaken an optimism frightened away by the circumstances. Read more »
Link copied!
Interesting Articles
Educational Psychology
Psychomotor Development - Intervention

Napoleon Hill believed that "strength and growth come only through continuous effort and struggle." You can find many ways to…

Psychology
Do Not Lock Yourself Up, Get Out of Your Skin

It is true that each person has their own temperament, and some are very expressive, while others prefer to be…