Amos Tversky was a pioneer psychologist who's most famous for introducing the concept of cognitive bias. But what else is there to learn about this brilliant man? 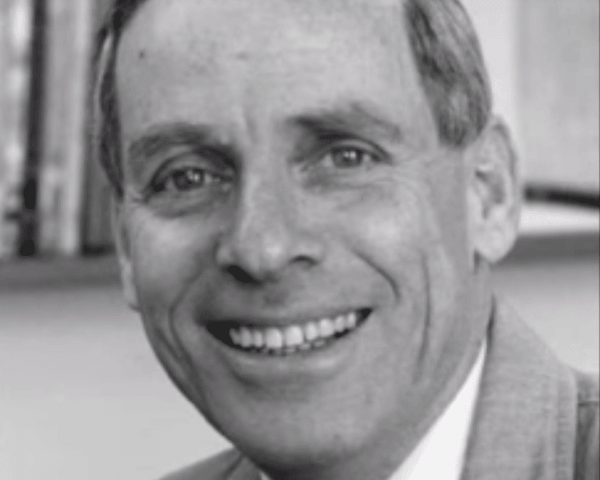 Amos Tversky was born in 1937 in Haifa, Israel. He was a famous cognitive psychologist and mathematician who introduced a completely novel term to the field of psychology: cognitive bias. People also consider him to be a pioneer of cognitivism, the branch of psychology that studies the mental processes involved in knowledge.

Over the course of his professional career, Amos Tversky maintained a close friendship with Daniel Kahneman. Kahneman won the Nobel Memorial Prize in Economic Sciences for theories that Tversky also collaborated on. Let’s delve deeper into the fascinating life of this brilliant thinker.

As we mentioned above, Amos Tversky was born in Haifa, Israel. His father was a veterinarian and his mother was a social worker who later became a member of parliament with the Worker’s Party (Mapai). Tversky also had a sister who was 13 years older than him.

When he was a teenager, Tversky became interested in literary criticism. Not only that, but he also became the leader of Nahal, a youth movement that fought against obligatory military service. Later, Amos Tversky became a parachutist with the Israeli Defense Forces and won a medal for his bravery.

In 1961, Tversky graduated from the Hebrew University of Jerusalem. Four years later, he did his doctorate at the University of Michigan and worked as a psychology and economics professor and researcher.

Tversky’s last job was at the Center for Advanced Study in the Behavioral Sciences. He worked there until 1996, when he died of melanoma at the age of 59.

The friendship between Tversky and Kahneman led them to collaborate on more than one occasion. Their first publication together was an article titled “Belief in the Law of Small Numbers”. This joint effort was quite influential in the field of economics. They went on to work together on numerous other publications, such as “Judgment Under Uncertainty: Heuristics and Biases” and “On the Psychology of Prediction”.

Their collaboration was so important that when Kahneman received the Nobel Prize, six years after Tversky’s death, he said, “The work cited by the Nobel committee was done jointly with Amos Tversky (1937-1996) during a long and unusually close collaboration. Together, we explored the psychology of intuitive beliefs and choices and examined their bounded rationality.” You can read the complete lecture, “Maps of Bounded Rationality”, at the Nobel Prize website.

Tversky’s contributions to cognitive psychology were very important, which is why he received awards and recognition for his research. One of the most important was that the American Academy of Arts and Sciences selected him as a member. He also received the Distinguished Scientific Contributions award from the American Psychological Association.

As you can see, Amos Tversky was a pioneer in cognitive psychology. Along with Daniel Kahneman, he made significant contributions to the field. Tversky also created an intelligence test that measures how well individuals reason using probability theory. It’s called the Tversky Intelligence Test.

All of Amos Tversky’s publications are interesting and accessible to psychologists and laypeople. His cognitive bias concept was novel and brilliant, and the way he worked simultaneously with psychology and mathematics was impressive. If you’d like to learn more about this fascinating scientist and his collaboration with Daniel Kahneman, we recommend the book An Undoing Project: A Friendship That Changed Our Minds, by Michael Lewis.

The Planning Fallacy: A Frequent Cause of Unproductivity
The planning fallacy is a concept that we all know about. It's when our plans don't coincide with facts. Read more about it here! Read more »
Link copied!
Interesting Articles
Biographies
Søren Kierkegaard - The Story Behind the Existentialist Philosopher and Writer