Correcting a Person Who Maintains a Wrong Idea

When a person maintains a wrong idea and you'd like to make them realize it, you must do so respectfully and assertively. Don't adopt an air of moral superiority, as you might soon discover that you're the one who's wrong. 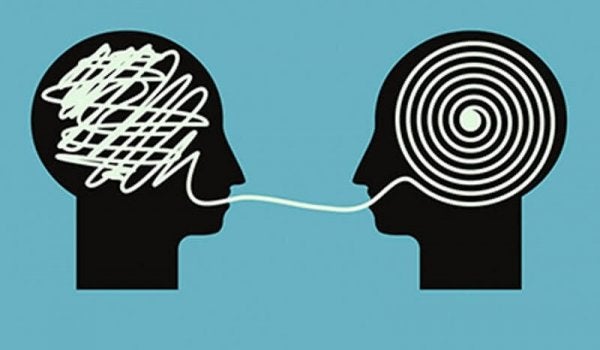 Finding a suitable (and respectful) way to correct a person who maintains a wrong idea is something everyone should learn to do. After all, fake news abounds, meaning it’s very easy to take them as facts. What’s truly complex and what you should fight against is that disease that afflicts so many people in the world: the need to be right.

Assuming that everyone makes mistakes is essential. This is an exercise in humility because it’s true. But if it’s hard for you to assume that making mistakes is human, then you’ll have a harder time convincing others of their misconceptions. Thus, how can you do it without it leading to an argument? Is there a strategy to make a person aware that a certain idea is wrong without it leading to tension and negative emotions that often escalate?

You could say that it’s a matter of tact but, in fact, it goes way beyond being knowledgeable and capable of correction. You must do so intelligently, however. This is because you must be prepared to recognize that it’s quite possible that you’re the one who’s wrong.

After all, it’s about knowing how to pave the ground for dialogue in which respectful and assertive communication can flourish. One in which ideas can flow and arguments maintain an adequate tone.

Strategies to correct a person who maintains a wrong idea

Everybody wants to be right. Defending one’s own truth is a virus that afflicts the entire world population. Most people cling to their ideas like sails to their mast and like fire to a match. You can assume that, for many, mistakes show weakness. Thus, few people feel comfortable failing or hearing they’re wrong.

Thus, have you ever felt like you had to correct a person who maintained a “wrong” idea? It’s common, for example, for it to happen with people who you’re very close to. For instance, it happens when, even after going through the same experiences, most remember it in a certain way, but there’s always someone with “false memories”.

Your partner, father, or best friend may be confused about certain dates or situations. Thus, you’ll try to tell them that it didn’t happen the way they say it did. If you don’t do it right, an argument will follow.

Here’s an example in the context of a workplace. Have you ever had to get a colleague to realize that what they said or did wasn’t true or correct?

Everyone has been through one of these situations. And, admit it, you’d love to be able to handle them with greater success. Thus, continue reading to find out some ways to do so.

Start with something positive, without emphasizing the mistake

When it comes to correcting a person who maintains a wrong idea, you shouldn’t start with expressions such as “What you’re saying isn’t true”, “That isn’t entirely true”, or “Look, you’re doing it wrong”. Such phrases will only put the person in front of you on the defensive as soon as you begin to talk.

It’s a much better idea to use convincing skills and argue things more intimately, approaching them as positively as you can. For example, “Yes, it’s true we went to this town, and it’s also true we stayed in a fairly old hostel. You’re right about that. However, your brother wasn’t on that trip because he was still working in…”

“It’s especially hard to admit that you made a mistake to your parents, because, of course, you know so much more than they do.”

To correct a person who maintains a wrong idea, mind your tone of voice

When you correct someone and point out their mistakes or wrong approaches, it’s fairly easy to use, almost instinctively, an authoritarian, ironic, or confrontational tone of voice. You must avoid doing this as much as you can.

Your tone of your voice is as important as your arguments. You must be tactful, empathetic, and calm while you try to communicate.

Back up your arguments with data

When it comes to correcting a person who maintains a wrong idea, you mustn’t start by saying that you’re the one who’s right. This is because truth without back up doesn’t mean anything as there isn’t enough data to support it. It’s just smoke and can easily go out through a window.

Thus, to show, without impositions, that you’re right, you must do so with solid arguments. And to do so, you must communicate assertively and give detailed, objective information. In addition, it’s essential for you to listen empathetically so you can respond appropriately.

Yes, you won’t always be able to convince another person that they’re wrong about something. Thus, when it comes to correcting a person who maintains the wrong idea, assume that some people aren’t interested in seeing things from your point of view. This occurs, for example, with cases as complex as someone defending creationism or certain cults or those who are against the use of medication.

There are facts some people just can’t understand. And they occur every day because you must deal with set values and religions. As you can see, fanaticism and ideological misunderstandings are rather difficult to debate. Pointing out the mistakes of those who protect themselves with myths is as complex as it is exasperating.

Acceptance is the only thing you can offer in the light of these situations and other simpler ones, such as those related to false memories. And on those in which your interlocutor insists on defending their position. Remember that you live in a world in which every person defends their point of view.

Try to have calm, intelligent arguments as much as possible. This is the only way you’ll be successful and assertive. Thus, just let it go if you can’t get anywhere. This is because it’s best to withdraw unscathed at the least emotional cost.

The Burden of Other Peoples’ Projections: Labels
Labels can make you take on traits you don't have, which can be unhealthy. How can you shake off the labels others have given you? Read about it here. Read more »
Link copied!
Interesting Articles
Conflicts
Couples in Summer - Together But Not Messy

Conflicts
Are You Caught in a One-Sided Relationship?

A one-sided relationship contradicts every principle of how an emotional bond should be. It's the rupture of reciprocity and the…