The Napoleon Complex: Truth or Fiction

Napoleon complex is a theorized behavior that occurs to shorter than average people. These people often display overly-aggressive or domineering social behavior. Read on to learn more about it! 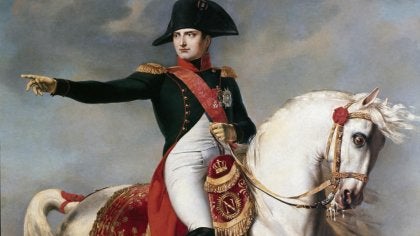 Napoleon complex is a term used to describe an inferiority complex that ails some people of shorter-than-average stature. People afflicted with this complex are often forced to deal with feelings of personal inadequacy due to their limited height.

Thus, people with Napoleon complex often compensate for their short stature by displaying negative behaviors in various areas of their lives. They’re sometimes more aggressive and jealous than their taller or average counterparts. The complex is also known as short man syndrome. Note that this isn’t an official mental disorder and you won’t find it in the Diagnostic and Statistical Manual of Mental Disorders (DSM).

Regardless, there are many psychological studies that refute or confirm the validity of this complex.

Characteristics of the Napoleon Complex

It seems that negative feelings and thoughts, both towards others as well as self-referential, are more likely to happen in people of short stature. Therefore, according to this logic, it could be considered that many of the shorter-than-average people who act defensively or are aggressive suffer from Napoleon complex to some extent.

This complex seems to be more common in men, especially in those that operate in a competitive environment. Nonetheless, the Napoleon complex can be described as a defense mechanism against certain social stigmas on height.

You must also keep in mind that the Napoleon complex can be associated with a derogatory social stereotype. Sometimes, it becomes that reason for any negative attitude a short person may have.  Thus, not all people of short stature are aggressive or prone to shouting and talking. Furthermore, not all of them seek the attention of others and try to demonstrate their worth.

“Do you know how short you have to be to have a Napoleon complex in North Korea?”

Why Is it Called the Napoleon Complex?

The name Napoleon complex alludes to the famous French emperor Napoleón Bonaparte. According to some chronicles of the time, Napoleon used to try to recover the authority that could reduce his lack of height by toughening his demeanor.

Even some researchers consider that the short man syndrome motivated, to a large extent, his tyrannical attitude. Also, his ambition to expand the French empire. All just to compensate for his short stature. Historians have also associated this inferiority complex with other tyrannical rulers, such as Hitler or Mussolini, among others.

However, having coined this complex under the name of Napoleon is not as successful as you may think. Napoleon was, in fact, about 5’7″ and the average height in France of his time was about 5’6″.

Nonetheless, there are several reasons that could support the idea that Napoleon had this perception of himself. One of them is that he was always in the company of the Imperial Guard. And such men were mostly of above average stature. Thus, there are several paintings that portray the emperor below, in stature, to the members of his army.

Another reason may be the malicious campaign of the English about Napoleon Bonaparte. Some say that, despite his status, Napoleon would celebrate and get drunk with low-ranking soldiers. Thus, Napoleon gained the fame of hobnobbing with soldiers of lower category, not stature. However, the English used it to spread rumors about the emperor’s short stature.

There are many pedological and social studies that seek to prove or disprove the existence of the Napoleon complex. Some researchers think this complex has no scientific basis. Further, they say its definition doesn’t go beyond a mere social stereotype. In contrast, there are researchers who, in fact, show a certain predisposition of short men to be a lot more jealous and aggressive than their average or taller counterparts.

In 2007, the Central University of Lancashire performed an experiment. It suggested that the Napoleon complex is just a myth. In the experiment commissioned by the BBC, the scientists wired two men, one short and one of average height. They studied the results with heart monitors every time a fighter repeatedly broke the rules. Then, after repeating the action with many other pairs of subjects, the researchers found that it was, in fact, the average to tall men involved who were more prone to voicing displeasure. So the researchers concluded that the Napoleon complex is, in essence, a stereotype about short people.

In contrast, a study conducted at the University of Vrije in the Netherlands supports the existence of the complex. The study consisted of several people of different statures playing the dictator game. A game that tests just how fair and honest an individual can be with others. They found that people with smaller stature react more aggressively when they compete in the psychological game.

Also, psychologists such as Lance Workman consider that short people aren’t more aggressive. However, excessive jealousy would ring true for Workman. Nonetheless, he links the Napoleon complex to jealousy and not aggressiveness.

The controversy around the Napoleon complex is undeniable. Thus, some use it as a social stereotype to justify the negative attitudes of people of smaller stature. Then, there are others who, in contrast, consider it a defense mechanism for shorter people.

Do you Know what Delirium really is?
Delirium and delusions are in movies and in the national news, but how much do you really know about this subject? This article explores some of the many categories of this illness. Read more »

Link copied!
Interesting Articles
Social Psychology
Selective Perception: How it Affects Our View of the World