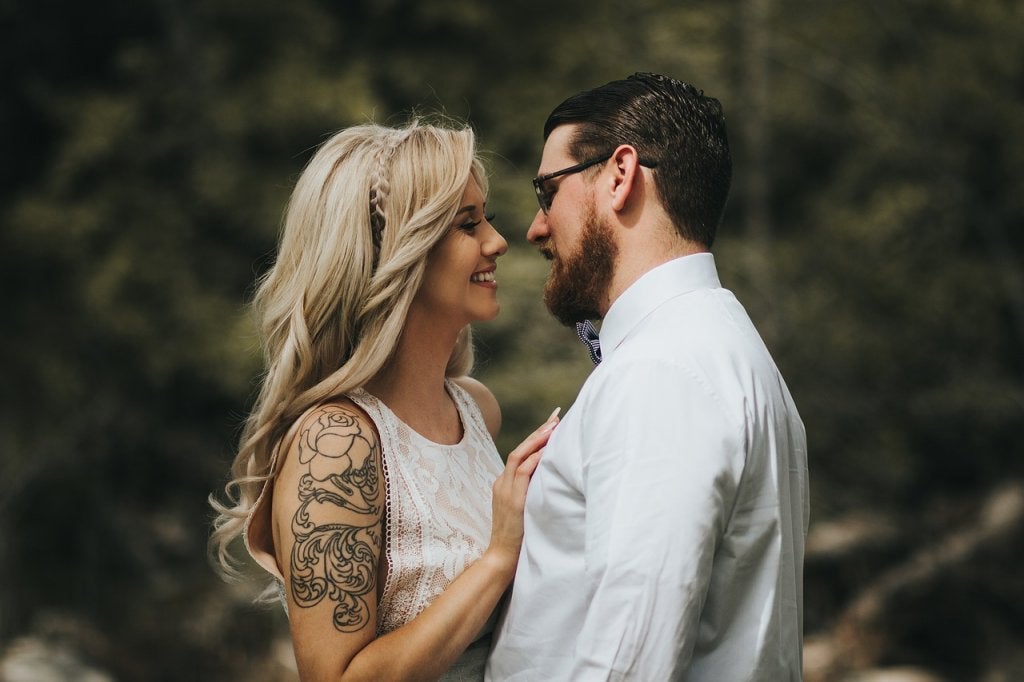 There are a million different kinds of body art. And there are as many places to put it as there is available surface on the body. Some people have a passion for piercings and tattoos, and some are outright sexually attracted to them. This is known as stigmatophilia.

People with stigmatophilia find piercings, tattoos, and scarification very attractive. They love to look at, touch, and feel skin that’s been decorated with ink and studs.

Today, getting piercings and tattoos is a trend that crosses social borders and has special importance to adolescents. The recent spike in interest has shed light on some interesting cases of stigmatophilia, largely unknown to the general population.

For people with stigmatophilia, all it takes having some type of body art for someone to draw them in. But that doesn’t mean that they have an impulse to touch every tattooed inch of the person’s skin or kiss their pierced ears.

For some, stigmatophilia is a paraphilia

Many experts consider stigmatophilia to be a type of paraphilia. A paraphilia is a pattern of sexual behavior where the source of pleasure is an unusual thing, situation, activity, or individual. For sexual arousal, people with paraphilias need very specific contexts and elements.

Some psychologists believe that the suffering that a tattoo or piercing implies is what attracts people with stigmatophilia. In other words, other people’s pain prompts the stigmatophiliac to empathize with them… and more.

For others, it’s a straight-up fetish

Other experts believe that stigmatophilia is similar to the arousal that some people get from feet, shoes, lingerie, masks, big hips, or full lips. Thus, they refer to it as a fetish.

This perspective does not view tattoos and piercings as necessary for the individual to feel sexual attraction. They can have completely satisfying relationships when body art is not present. But when it is, it radically maximizes their pleasure.

Is it a form of sexual deviance?

While society may reject stigmatophilia to some degree, it is not a perversion or mental illness. The reason is that it doesn’t involve any harm to the other person. To be a psychological disorder, it must meet two conditions. First, the person with the disorder would be harming the other person. Second, their behavior would cause them persistent anxiety and distress.

Stigmatophilia does not involve any type of harm to either the stigmatophiliac or object of their attraction. While every case is unique, it’s not an irrepressible desire or perversion that can only find satisfaction in performing a sexual act.

Why tattoos and piercings?

The reason might be an anthropological one, as both tattoos and piercings are ancestral practices. In ancient Roman times, Caesar’s military officials and guards wore hoops on their nipples. Besides being a clothing accessory, they were a symbol of virility and courage.

In other ancient cultures and civilizations, tribal tattoos and ear piercings are or were closely related to the concept of beauty. In fact, many of them are involved in certain rites, especially those having to do with adolescence.

Body art is a form of self-expression

In addition to being a type of aesthetic, tattoos can capture certain feelings and experiences. They can represent anything from emotions or high points in the person’s life to beliefs, religious ideologies, or significant people or events.

Body art isn’t just decorative; it’s a way to express the person’s identity. So it’s easy to understand why stigmatophiliacs like not just the color and design of the tattoo, but also its content and meaning. In other words, tattoos represent and express what the person carries inside.

Like we said before, each case is unique. For example, many people who have an attraction to body art don’t actually have any themselves. One fun fact is that while favorite body areas vary, some of the most popular ones are the tongue, lips, nipples, and genitals.

If your heart races when you meet someone with tattoos or piercings… you might be a stigmatophiliac!

7 Very Interesting Sexual Practices
Paraphilias are manifested through intense sexual interests, different from what is considered normal. This doesn't mean it's good or bad, only different. Read more »
Link copied! Next
Interesting Articles
Psychology
Learn How to Ask for Things

Psychology
Your Need for Approval Distances You From Your Essence

The competitive society we're living in causes us to feel a need to be liked by the people surrounding us, for…

Stress is one of the biggest problems of modern-day life. A lot of us feel sped up, worn out, and overwhelmed…