The Manifestations of Delusional Disorder

Delusional disorder is also known as paranoia. Read on to learn all about it! 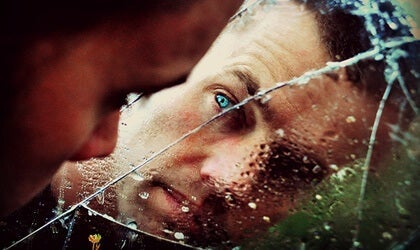 Delusional disorder represents a great challenge for the sciences that study the human mind. It hasn’t been classified precisely yet, and experts still don’t know what causes it. As a result, there’s still a lot to learn about the best ways to treat it. Read on to discover all about the manifestations of delusional disorder and how we can treat it.

Those who suffer from delusional disorder have strange ideas or interpretations regarding certain aspects of reality. However, in all other aspects of their lives, they’re perfectly rational and highly coherent. As a result, the only real symptom is the delusions, which remain isolated from other aspects of their thoughts and personality.

Delusional disorder is also known as paranoid personality disorder or simply paranoia. All these names show that it’s been difficult to clarify the concept and be able to support the people who suffer from it. While some place it in the field of neuroses, others classify it in the field of psychosis.

The manifestations of delusional disorder

The main characteristic of those who have delusional disorder is that they’re completely convinced of something that isn’t real or that isn’t true. Their convictions are obviously completely irrational. In extreme cases, someone may think that they’re a famous hero and that people are plotting against them. In less extreme cases, a person may think that their partner is being unfaithful when they aren’t.

That delusion, or wrong conviction, generally refers to only one area of their life. By this, we mean that it’s a conviction that remains constant in their life and which usually involves them being chased or persecuted in some way. In other words, the person thinks that they’re ar risk. It’s also common for them to have delusions of grandeur.

Strangely, it’s unusual for these delusions to affect the person’s social or work life. Those who suffer from them don’t usually talk about their delusions with everyone. On the contrary, they’re quite reserved about them and, for that reason, other people don’t even notice anything peculiar about them.

Delusional disorder can manifest at any time in life. As we’ve said, there still aren’t many explanations as to its causes. However, there are four common themes.

The four common themes in delusional disorder are:

There’s a fifth area that’s less severe: jealous delusions. This is when someone thinks that their partner is having affairs with other people. This leads to obsessive behavior and irrational jealousy.

Unfortunately, many people who suffer from chronic delusional disorder are misdiagnosed. Because of the irrational or bizarre nature of their delusions, they’re often diagnosed with schizophrenia. Obviously, the wrong diagnosis leads to inappropriate or ineffective treatment.

This disorder is difficult to treat, mainly because doctors often treat it psychiatrically. Medication doesn’t seem to have much of an effect in stopping these type of delusions. Although they can help to cure the anxiety that’s associated with this disorder, they don’t actually improve the situation in any other way. It isn’t a biological problem but rather a symbolic distortion.

Using this method, the treatment focuses on re-interpreting the patient’s erroneous beliefs. Although delusional disorder can be cured, a lot more research into the issue is needed.

3 Strange Delusional Misidentification Syndromes
Delusional misidentification syndromes are distortions of the thought process that lead the person affected to have a distorted vision of reality. Read more »
Link copied!
Interesting Articles
Personality Psychology
7 Characteristics of Authoritarian People, According to Psychology