The Magic of Keeping Everything in Order 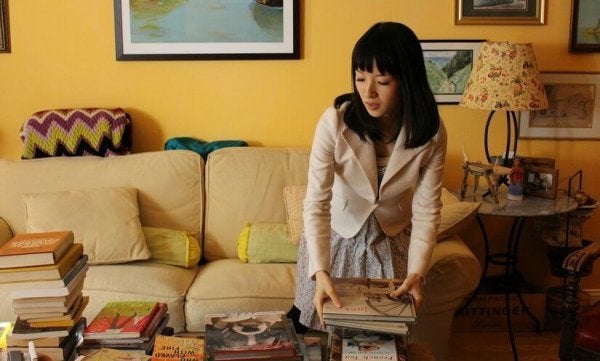 People often say that order is the pleasure of reason, and disorder the delight of imagination. For the Japanese, the art of organizing a space can also push you to reflect deeply on your possessions and highlight the need to keep only what gets you excited, what’s really useful to you, what really makes you happy.

If there’s anyone who has achieved huge success in the last few years teaching people how to organize their rooms and closets, it’s Marie Kondo. With her successful book The Life-Changing Magic of Tidying Up: The Japanese Art of Decluttering and Organizing, this Japanese woman has already been included in the Times list of 100 most important people in the world, rivaling even Haruki Murakami, a compatriot of hers, in sales.

“As soon as you awake, in order lay
the actions to be done the coming day”

There’s something hypnotic about the Konmari method that this bestselling guru describes. It’s simple, it’s drastic, it starts with the smallest things and ends with the biggest, and it reminds us that objects also have a “soul,” and that you have to talk to them and thank them for their services before saying goodbye solemnly if you’re going to dispense with them.

For a Westerner, this might seem strange and silly. Most people accumulate so many things, souvenirs, clothing, books, and papers that if we did this ritual for everything, we would need to spend our entire lives organizing the house. But regardless of how weird this perspective seems, it has captivated the entire world, and has somehow helped people view cleaning the house in a different way, from a more emotional point of view.

The magic of order and the excitement of disorder

We all know that orderly environments exude calm, discipline, and integrity. It’s like organized environments somehow invite us to act in a more balanced way. But here’s the odd thing: according to a study from the University of Minnesota, disorganized and heavily decorated work environments induce creativity in almost 70% of workers.

It’s almost like disorder invites newness and encourages you to break with establishment, to seek out new stimuli and challenges. So does that mean that the Japanese perspective is mistaken, that the order that Marie Kondo is trying to sell us simply induces submission, strictness, and inflexibility? Not at all – there’s a worthwhile reasoning behind her method.

The Konmari method invites us to improve our lives through the “renovation” of our closest, most familiar contexts. Therefore, it’s much more than organizing a room or a closet – it’s cleansing your reality so that you can find inner balance. It’s an intimate ceremony that activates your emotions and goes one step further than “katakuze” (cleaning and organizing in Japanese) and reaches a spiritual level.

Marie Kondo teaches us to be conscious of the items we’re attached to and those that are no longer useful. There are some things and objects that it’s better to get rid of (or say goodbye to) in order to let new light and happiness into our environment, and as a result, into our hearts.

Keys to the Konmari method

Some people have a natural and almost obsessive tendency towards order, and others towards chaos. But the magical part of this strategy is in the space in between, where both forces balance, where we can find ourselves and feel comfortable without going to the extreme. Therefore, it’s ideal to adjust the Konmari method to your own needs.

“Tidying ought to be the act of restoring balance between people, their possessions and the house they live in.”

For example, it’s clear that instead of talking to objects and viewing them as beings with souls, it would make more sense to communicate with yourself. “I’m letting go of this diary because it was very useful and cathartic during a time when I was in a bad place, but now my reality is different. I feel better, I’ve turned the page, and now I can get rid of it.”

Below, we list a few of Marie Kondo’s main suggestions for you to reflect on:

To conclude, for Marie Kondo, the idea behind order is utility, the positive feeling the object gives you, and the need to create external harmony that’s in sync with your inner world. A house isn’t just a space where things are stored, it’s a place where balance and happiness live.

Housework Can Be Therapeutic
It's easy to see how disorder can cause stress and anxiety. If it is done as a mindfulness exercise, housework can be therapeutic. Read more »
Link copied!
Interesting Articles
Psychology
You Neither Move Forward Nor Backwards: You’re Stuck

There are moments in life we feel intense bewilderment. They are not necessarily "bad times," nor is it that you experience…

Psychology
Eyes Are Windows to the Soul

Our eyes don't lie: they're windows to the soul. They show the truth, no matter what face we put on, in any situation. The best way to get to know someone is…