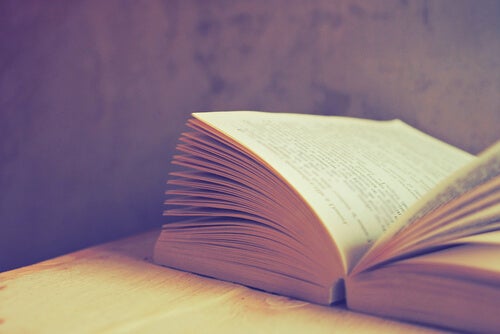 Heinrich Heine once said “where they burn books, they will ultimately burn people.” Truly, reading awakens confidence and is a vehicle for wisdom. This is why today I would like to offer a list of books that reflect modern life and reveal universal truths.

Among the books in this list you will find all sorts. From works of science fiction to to historical dramas. Furthermore, you will find writers both old and new, as well as authors who are timeless. Their teachings are as relevant today as they were when they were written. For better or for worse, many of these reflect part of today’s reality.

We begin with the devastating and modern work of George Orwell, 1984. It tells the story of a regime which controls its people absolutely, taking away individual decision-making and the ability to secure personal freedom.

Today, many places have democratically elected governments and universal suffrage. However, by reading this book we discover that some of the behaviors and factors related to this all powerful regime can be applied to modern democratic societies. Control over the individual can be achieved through power, but it can also be achieved through use of the media, publicity, and the strength of information.

The Picture of Dorian Gray, by Oscar Wilde

Many years have passed since Oscar Wilde wrote The Picture of Dorian Gray. However, his ideas remain as present as they ever were.

Why are we so obsessed with appearing young our entire lives? Many people today spend so much time looking in the mirror and criticizing themselves that they cannot accept their true self and, instead, create an illusion of themselves in their minds.

“A community is infinitely more brutalized by the habitual employment of punishment than it is by the occasional occurrence of crime.”

Breakfast at Tiffany’s, by Truman Capote

Surely many of us remember the movie Breakfast at Tiffany’s, with Audrey Hepburn in the leading role. It is based on a novel with the same name by Truman Capote.

Beyond the romanticism many see in the movie, is a profound loneliness. A series of unhappy beings who seek social success again and again, but never find it. They seem rather empty, incapable of being happy beyond the mere act of pretending to be.

The Forever War, by Joe Haldeman

Joe Haldeman was a veteran of the Vietnam war who, on returning to the United States, decided to relate his experiences through a work of science fiction, The Forever War.

This book narrates the history of an insignificant person who survives a 1000 year war that he doesn’t understand. Along the way, he finds love, experiences sharp social changes, loneliness, and miscommunication. Without a doubt, this story is a premonition of what we could consider modern society.

Lord of the Flies, by William Golding

William Golding wrote this dystopian novel. It is based on the story of a group of young adults who must organize a new society after a nuclear disaster.

Lord of the Flies raises many different questions. The risk of nuclear war which, like Einstein said, would be the ultimate global confrontation. What’s more, this book portrays human nature itself which, however refined it may seem, remains wild, instinctive to survival, and even unpredictable at times.

The Prophet, by Khalil Gibran

It has been many years since Khalil Gibran wrote his magnificent work The Prophet. It is a series of short and simple stories that offer small pieces of wisdom.

Every story in this collection is a wonderful reflection on love, justice, pleasure, belief, human behavior, friendship, religion. . .That is to say, subjects that are still as important as they were when Gibran was writing.

“In every winter’s heart there is a quivering spring, and behind the veil of each night there is a smiling dawn.”

The Little Prince, by Saint-Exupery

Whoever considers The Little Prince as a simple book for children has either not read it, or not paid close enough attention while reading it. In reality, this work by Saint-Exupery is as complex and profound as the human brain itself.

The protagonist of the book travels to many planets, meeting people who enrich his life and help him grow. These characters show traits we can find in ourselves today. This is why the book is a reflection of the society of today, yesterday, and always, as seen from the heart.

You can be sure that any of these 7 books will make you reflect on modern society. In all of them you can find teachings that will make you think, excite you, or even make you mad. These works will enrich you as a person and allow you to have a more critical and objective spirit towards the world around you.

Lessons from J.K. Rowling: Discovering Love Through Mistakes
Discovering love through mistakes is one of the themes of JK Rowling's famous books. Read more »
Link copied!
Interesting Articles
Literature and Psychology
For You, the Book-Lover

Literature and Psychology
The 5 Best Quotes About Love in Literature

There are many unforgettable quotes about love in literature. In fact, literature has always been a fertile ground to shed…