According to the Karpman drama triangle, people in neurotic relationships often assume the role of persecutors, victims, and rescuers. Then, they eternally switch roles among them. 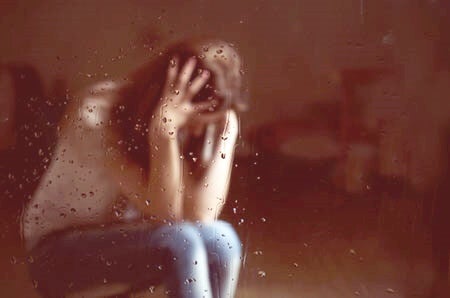 The Karpman drama triangle is a model of interpretation that emerged within the framework of psychotherapy called transactional analysis. This model presents a scheme of destructive human interactions that take place when two or more people are in conflict with each other.

The model was first described in 1968 by Stephen Karpman. He initially raised it in an article called “Fairy tales and script drama analysis”. Thus, the theorist visualized three basic roles in these stories, which led to the Karpman drama triangle.

Currently, the Karpman drama triangle has a therapeutic application. Furthermore, it’s a very functional scheme psychotherapy patients tend to be very receptive to. This is because it facilitates awareness and commitment to change.

“If you don’t like something, change it. If you can’t change it, change your attitude.”

There are three basic roles in the Karpman drama triangle assumed by the “inner self” in conflict situations or when neurotic links prevail. Such roles give rise, in turn, to “communication transactions” or erroneous communications. Also, the name of such transactions is “psychological games”.

The three roles that make up the Karpman drama triangle are:

All three roles must be present in order for the Karpman drama triangle to form. However, there’s usually an exchange of roles in those who establish this type of link.

As we mentioned above, the links generated within the Karpman drama triangle give rise to a form of communication in which “psychological games” prevail. These are fake communicative exchanges that claim to install one of the dramatic roles or eliminate it entirely.

Role changes often arise from these psychological games. Typically, the rescuer, tired of “defending” the victim, becomes their persecutor at some point. Likewise, it’s possible for the victim to feel, at a given moment, that they have the right to become persecutors of either their victimizer or rescuer.

Similarly, the persecutor often becomes a rescuer after an act of contrition. Those trapped in the Karpman drama triangle don’t feel well. Thus, they try to change their situation. However, they merely change roles, meaning that the basic relationship scheme remains intact.

One of the most difficult parts is that those involved in the Karpman drama triangle fail to see themselves as victims, persecutors, or irrational rescuers. They, in fact, believe that their role is perfectly logical and arose from compelling reasons. Thus, they only see part of their situation. For example, the victim only notices their mistreatment and the persecutor only captures the mistakes and failures of others. As for the rescuer, they hide behind their supposed good intentions.

What each of them needs to do is develop competence and/or skills. The persecutor must strive to be more assertive. That is, recognize their own needs and desires and refuse to satisfy desires and needs other than their own. Only then will they be able to stop trying to punish others.

Victims, meanwhile, must develop their autonomy. They should stop only paying attention to the damage that others do to them but also critically evaluate how they respond to it.

They must become aware of their vulnerability and stop using it as an excuse and, instead, see it as a starting point for improvement. Finally, the rescuer must be more empathetic and learn to listen to others. They must give up trying to take care of problems that aren’t theirs.

The Drama Triangle: Victim, Persecutor, Rescuer
In this article, we're going to talk about the drama triangle, and the roles of victim, persecutor, and savior that come up in inauthentic relationships. Read more »
Link copied!
Interesting Articles
Theories
Can You Make Your Own Luck?