When a Favor Turns into a Disservice

Saying "no, thank you" is an empowering tool. This is because there are people who try to do you a favor and expect something in return so they do you a disservice instead. But this disservice isn't always ill-intentioned, some favors just go awry. 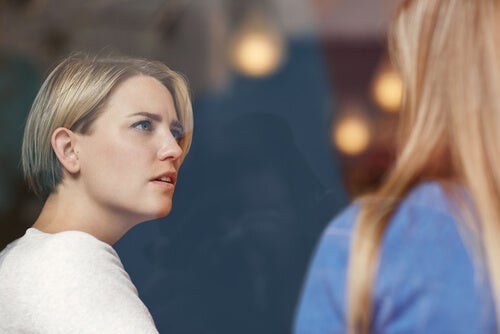 The word favor comes from Latin and its lexical component favere which means “to show kindness”. The original meaning is about helping others and showing benevolence. Yet it’s far from what we sometimes understand these days. “Disservice” is the opposite of “favor” and the latter often turns into the former.

At first, you might think that a disservice is simply due to mischief or unkindness. However, this isn’t so. It often intends to be a favor, but ends up being a problem. Thus, let’s delve a little deeper.

Sometimes, without asking for it, you might receive help from other people, either altruistically or unexpectedly. Of course, it fills you with joy as such favors grant you transformative power.

Of course, these situations might go unnoticed in a world of constant demands and instant rewards. Thus, you might not be grateful enough. Especially with those people who, without attracting attention, move the wind for and not against you.

The mediators between favors and gratefulness

A lack of gratitude could be due to cognitive distortion, one that makes the outgoing more negative than the positive. Selective abstraction or filtering is a distortion of thinking that leads you to believe negative things are more relevant and present than positive ones.

Yet, just like you’re usually not grateful enough, it may also be the case that you’re not paying enough attention to those situations. These, intentionally or not, lead you to situations you dislike.

Therefore, life isn’t a mathematically perfect algorithm. Thus, actions or circumstances that might benefit you at the beginning might harm you in the end. This is because, most of the time, such results are unintended and may turn out to be a disservice.

On another level, mental filters constitute different lenses through which you pass the information you receive or the thoughts you create. Everyone has them and generates them from their own experiences, usually unconsciously. Mental filters or cognitive distortions are the mediators of how grateful you are. Or how ungrateful for that matter, in the face of certain favors; whether you asked for them or not.

When a favor turns into a disservice and condescension

On other occasions and to your later astonishment, some of the disservices come from an unintentional place. Also, they become favors for the person who “wants to help you”.

These situations are usually a part of a condescending attitude. On the other hand, they may be motivated to respond solely and exclusively to the benefit offered. For this reason, certain favors can be a double-edged sword.

Condescension occurs when a feeling of superiority goes hand in hand with a misunderstanding of kindness towards the person who’s supposedly benefiting. It may be that someone intends to be condescending to you and they’re disguising it as a favor. Thus, because you don’t ask, the consequences are thereof harmful.

To prevent situations like this, which are far from being a valuable aid for those who receive them, it’s important to be critical of certain offers, even if they’re seemingly helpful. On the other hand, if the damage has already happened, you can do the following.

What to do about a disservice?

You’re human after all and could be wrong whether you like it or not. In this regard, humanism opens the doors to compassion and forgiveness. It’s also important to remember that many favors, even those with expectations or ill intentions, are due to ignorance.

“Forgive them Father, for they don’t know what they do.”

A favor for profit is a disservice

The perfect favor is a selfless, well-intentioned, and kind act for those who receive it. But it seems that favors must be reciprocal these days and the main motivations behind them are righteousness and reciprocity.

Thus, if you don’t return a favor, it remains as debt. Along with its inevitable negative consequences on those who were supposedly favored. This is already a disservice for the recipient. Moreover, sometimes, the lack of reciprocation puts the receiver in an inferior position. But this is nothing more than a projection. One that creates an illusory market for favors and debtors and can lead to negative feelings or resentment, especially if the “generous soul” doesn’t get payment.

A favor is altruistic and selfless in its social conception. But those favors a person doesn’t need, offered with a condescending attitude, are more likely to turn into disservices. Thus, when favors are uncalled for, think twice. A favor with expectations isn’t a favor.

The pay it forward concept of a favor doesn’t turn into a disservice because it doesn’t expect immediate reciprocation. It begins with the idea that everyone is altruistic and can do someone a favor without expecting anything in return. This is because someday, somehow, someone else will do the same for them.

When People Do You a Favor So You Owe Them One
Sometimes people aren't actually doing you a favor, but rather proposing a deal. But the thing is they don't say it openly.  Read more »

Culture
The Three Men: A Tale about Humbleness

It's common knowledge that exercise has many physical and mental health benefits. In addition, physical exercise can help overcome many problems,…

Thousands of people are involved in car accidents every year. In fact, automobile-related incidents are still one of the leading…

Intuition has been the subject of heated discussions in different fields of knowledge. It has been featured in countless political decisions, and countless scientific discoveries. However, when we solve a problem…