Respect Is Demanded, But Trust Is Earned 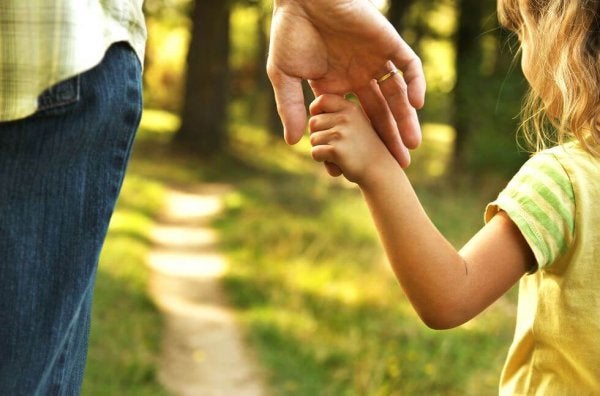 I’ve always thought that trust is the most fragile form of surrender that exists. As the title of this article suggests, it’s something that we earn by the teaspoon and lose by the barrel. It’s interesting, because the older we get, the more polarized the issue is.

Experience usually dictates how willing people are to hand over their trust. When we’ve been betrayed too many times, we tend to become more and more guarded. Thus, life tends to make us friendlier, yet more distrustful.

“Trusting everyone is senseless, but trusting no one is neurotic and foolish.”

Respect is demanded, trust is earned

Not trusting someone doesn’t mean that you think they’re less than you, nor is it a lack of respect. Trust has to do with surrender, with letting that person support a part of yourself that you could lose if they failed you. Respect has to do with recognition and how well you connect with someone.

Therefore, we’re talking about two different values, although it is true that in some cases there’s a very fine line between them. Some people take not receiving trust from others as an insult, as if it makes them a lesser person. Especially people who give it pretty quickly and expect the same from others.

“Confidence: The feeling that makes one believe a man, even when one knows that one would lie in his place.”

The importance of trust

Our ancestors lived in tribes that hunted as a group. They lived in societies where relationships were much closer and more interdependent than today. Therefore, trust was a fundamental value. If a group of people was trying to round up prey to hunt, nobody could leave an opening in the circle because then everybody would be without food.

More than once, I’ve encountered people who felt annoyed because I didn’t share some of my thoughts or something that happened. I’ve also been on the other side – I’ve asked questions and not received a response; I never asked why, but I think it was for the same reason. The thing is, I also didn’t feel good about that, but some realities are just hard to accept.

One of those realities is not having another person’s trust. You might be someone who trusts yourself a lot. You’ve lived your whole life with yourself, and you know yourself well. In addition, you have a lot of power over what you do and say. However, the other person hasn’t spent their whole life with you, nor do they have the control over you that you have. People often forget this huge yet subtle difference.

Trust takes time, more so for some than others. It’s also a very intuitive process. We don’t usually draw up lengthy arguments to decide how much we’re going to trust someone; we simply open up as much as we feel like it.

Studies have identified variables that influence trust. The more similar the person is to us, the faster we trust them. We also tend to trust people with children, older people, or animals more quickly. We think that if someone has trusted them to take care of something so valuable, then they should be trustworthy. The same is true for people who share our interests, since we’re able to have long conversations with them without getting into personal issues.

The most beautiful thing about trust is the precious feeling of being worthy of receiving it from people we love. It’s not that they know we won’t betray them, but that they get the sense that we will be the first to be there when they need us.

Psychology
Ketamine: An Illegal Drug With a Future as an Antidepressant

Ketamine is a drug most people know as a party drug and inhibition reducer. It's a synthetic compound that showed up…

Although many people think that colors aren't related to feelings, opinions, or behaviors, there are others who strongly believe in…

Psychological exhaustion weakens us both physically and mentally. It's something that arises as a result of having too much to…