5 Psychological Truths that Can Change Your Perspective

There are some psychological truths that can help you see life and the world through a more realistic lens. Keep reading to learn what they are and how they influence you! 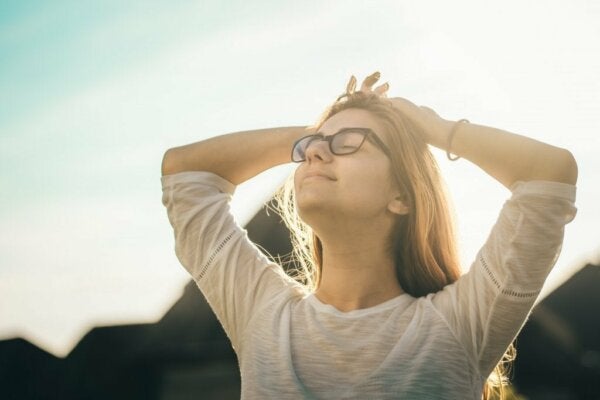 There are many opportunities in life to play the psychologist. After all, at some point or another, you’ll interpret other people’s behavior or evaluate your own in relation to your thoughts, feelings, and circumstances. There’s certainly nothing wrong with that, but there are some oft-quoted ideas from “popular psychology” that don’t necessarily have any evidence to support them. Some collective and personal beliefs spread like wildfire, even though they aren’t true. On the other hand, there are some little-known psychological truths that could positively change the way many people deal with challenges.

These ideas encompass a more realistic view of what it means to be human. They’re based on the same psychology that has managed to connect theory and practice over the years.

Understanding these concepts helps bring focus to what you think about yourself and others. Here are five of these psychological truths.

“Men are rather reasoning than reasonable animals for the most part, governed by the impulse of passion.”

1. People aren’t paying attention to what you do

Most of us are a little more narcissistic and vain than we’d like to think. People often believe that if they put themselves out there (in a physical or virtual way), they’ll attract everyone’s attention.

In general, those around you pay less attention to you than you think. Probably no one noticed that you wore the same clothes two days in a row or that you said something a little awkward. People are more self-involved than they think.

Because you live inside yourself, you feel like you’re always the same person. The truth is, however, that the way you think, act, and feel changes constantly. You just aren’t aware of it because of how gradually it happens.

Of course, there are elements of who you are that stay constant, but even they undergo some amount of change over time.

Just as your physical appearance changes through the years, so does your identity. Who you are is dynamic and changeable. You are who you are, but you’re also who you have the potential to be.

You might be among those who think that publicly making a mistake will automatically result in rejection. If that’s the case, you couldn’t be more wrong. If you take a moment to reflect, you’ll realize that people who experience a kind of social rejection are often those who seem to do everything right and never make mistakes.

Studies show that people who show their vulnerability and make mistakes are more likely to be accepted and welcomed by other people. Mistakes and failures are often what create bonds with other people. They remind you that you have certain limitations and stand to benefit from other people’s help.

4. Almost no one follows other people’s advice

This is a psychological truth that’s hard to swallow but you’ve probably noticed it in your day-to-day life. People often ask for advice but aren’t usually willing to follow it.

The reason that you ask for opinions or guidance usually isn’t related to seeking “enlightenment”. In fact, the opposite is usually true.

When you ask for advice, often what you actually want, unconsciously, is to find reasons and support for what you already know you shouldn’t do. That’s why people often end up doing exactly the opposite of what people advise them to do.

5. You can only control your reactions

One of the great evils of the times we live in is our obsession with trying to control everything. Many people complain constantly because other people do or don’t do what they want. Or because the world is one way or another. As if reality was something that you could design exactly how you want it.

The truth is that we often can’t even control ourselves, much less other people. The only thing you actually have any power over, at the end of the day, are your reactions. In other words, the way that you respond to everything that goes on around you.

As you can see, these rigid and manic ways of looking at life aren’t related to psychological truths about human beings. We’re more fallible, vulnerable, and discreet than we think. Learning to see ourselves in a more realistic way is a great step towards good mental health and well-being.

Culture
Do We Need Darkness to See More Clearly?

Imagine this situation: you walk through a very bright place and someone approaches you. You can't see their face enough…

Culture
Don't Be Where You Can't Be Yourself

Don't be where you can't be yourself. Being loyal to your own identity and values and having self-respect is the…