The Fourteen Most Popular Music Genres

The most popular music genres are part of a category that identifies musical pieces according to their characteristics. They also allow you to identify your listeners. So, what's your favorite music? 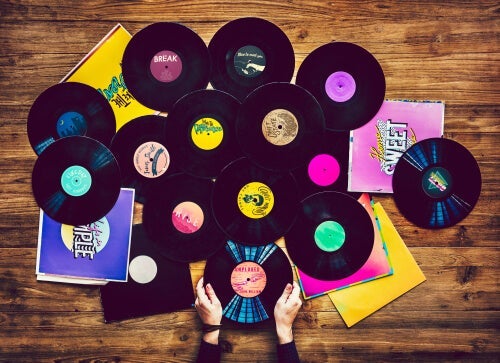 Music is one of the most universal artistic manifestations. Everyone likes it. This is because this form of art can connect your soul and emotions and, thus, improve your mood. Surely, people don’t listen to the same songs on a happy day as they do on a sad one. You already know there are popular music genres for all tastes. Music is grouped into categories that identify some pieces as belonging to a certain trend.

How do people classify this? Well, there’s no specific formula, but humans do it from different perspectives. As you can see, these classifications are often subjective and controversial. As a result, some genres may overlap, combine, and give rise to a new genre.

Today’s article will discuss the 14 most popular musical genres in the contemporary world.

The fourteen most popular music genres

Generally referred to as EDM, this form of music is the work of DJs who add dozens of tones to a piece in order to make it unique. You might listen to them in clubs or even in live events, depending on your accessibility to them.

Several pioneering predecessors of the genre became known worldwide and continue to influence production today. It all began in the 1960s. These are some of the artists and trends that occupy a prominent position according to us:

This kind of music started as Rock ‘n’ Roll in the United Staes. It’s been shaking the world since the 1950s. It revolutionized the world of music and gave rise to a myriad of derived sub-genres. Thus, it’s one of the most important contemporary genres.

This form of music began with stringed instruments but progressively began to include more modern ones. It’s difficult to define due to the number of slopes and variants it has.

Its strong rhythms, wild lyrics, and easily identifiable aesthetics made rock a favorite among young people, especially during the second half of the 20th century.

This is because it’s a whole culture influenced by music that crossed borders. Rock is an attitude and the figure of the rockstar rises and penetrates society.

Some of the most popular rock stars are Little Richard, Bill Haley, and Chuck Berry. Similarly, bands like Pink Floyd, The Doors, Metallica, Nirvana, and Megadeth are the modern bands that took the rock culture by storm.

Identified with swing and blue notes, jazz has its roots in both West African and European culture. Some say that jazz is one of the original art forms of the United States, as it’s a unique combination of creativity, compulsion, and interactivity.

This kind of music originated in the late 19th-early 20th centuries and also played a major role in the worldwide projection of iconic figures such as Ella Fitzgerald, Betty Carter, Abbey Lincoln, and Ethel Waters.

This term became popular around the year 2002. Record labels such as Big Apple and Tempa coined it in order to differentiate this stylistic trend of remixing the original genre from the 2-step.

Dubstep is electronic music and falls into the category of drum ‘n’ bass. It gained some popularity in the early 2000s in London, England.

It’s characterized by incorporating the funky elements of breakbeat or the darker features of drum and bass into the 2-step itself.

Vocalists like Sade, Mariah Carey, Beyoncé, and Tina Tuner are well-known in the music industry due to their dedication to this music genre. This African-American music, which originated in the 1940s, is a combination of hip hop, funk, dance, pop, and soul. Its lyrics focus on themes such as relationships, sex, and freedom.

This is one of the most popular music genres among young people and its boom began in the mid-80s and early 90s. The new trends and changes in lifestyle and ways of life resulted in the loss or slight decline of genres that were popular several years ago, such as disco music.

As you can see, R&B began to spread in discos and juvenile environments. In fact, it’s been closely linked to pop music and, therefore, difficult to tell apart from others at times.

6. Techno is one of the popular music genres

This genre originated in the United States, specifically in the city of Detroit. Many agree that the origin of techno is due to the experimental use of the synthesizer in the fusion of pieces from different music currents.

Nowadays, the use of more advanced technology than the old synthesizer led to the existence of many techno styles. It was originally associated with an aesthetic defined as Afro-futurist and cyberpunk.

7. Country music is one of the most popular music genres

This is another popular genre of American music that originated in the 1920s. Although you may not know it, country music derived from American folk.

It’s built using simple instrument forms ranging from electric guitars to drums, mandolin, and harmonica. Furthermore, some of the most popular musicians of this genre are Johnny Cash, Blake Shelton, and Kenny Rogers.

This is a perfect combination of hip hop and electronic music. Electro or electro-funk uses a drum machine, vocoder, and talkbox, which allows you to distinguish it from other similar forms of music such as disco. Some of the notable exponents of this form of music are Arthur Baker, Freeez, Man Parrish, and Midnight Star.

9. Indie rock is among the most popular music genres

In fact, it falls within the genre or subgenre known as alternative rock which, in turn, would fall into the category of rock.

Indie rock originated in the 1980s and has gradually changed the music industry. One of the most iconic bands is Arctic Monkeys, but there are others like Franz Ferdinand and The Kooks.

After a decade, it also gave birth to genres such as math rock, emo, noise pop, postrock, and lo-fi.

This term derives from the word “popular” and therefore, its link to popular music is quite evident. This form can include any form of music, from urban music and dance to rock, country, and Latin due to its roots in the rock & roll style.

Electric guitars, synthesizers, and basses are the most commonly used instruments in this music genre. It’s closely associated with the commercial music played on the radio. Some of its most outstanding exponents are Britney Spears, Madonna, Lady Gaga, and, of course, Michael Jackson.

This is more than a genre and more of an American artistic and cultural movement. People recognize it as an artistic expression born in the late 1960s in the working-class neighborhoods of New York City.

The hip hop genre surpassed rock as the most popular genre among consumers in 2017 for the first time. At least according to the Nielsen Music Year End Report.

Songs with lyrics that use and shape something universal and timeless belong in this classification. What does this mean? Well, you begin by feeling, a story, a message, a mood, an idea… In short, something that remains true generation after generation.

This is because the message doesn’t get old, it isn’t audience-specific, and it reflects something that’s universally memorable.

13. Heavy metal is one of the most popular music genres

People also refer to this music genre as “metal” and it began in the United Kingdom and the United States in the late 60s. It combines elements of punk and psychedelic rock, so it has a greater charge of speed and aggression.

While other countries like Sweden and Norway are equally influential in the genre, they have 27 heavy metal bands per 100,000 inhabitants. Finland has 54 bands — twice as many.

This isn’t really a contemporary genre. In fact, it has centuries of history behind it due to its immortality and permanent imprint.

This music is academic in nature, written by professional composers, and performed by philharmonic orchestras. Classical music covers a period of time from approximately the 11th century to the 19th century by definition. It’s mainly based on the liturgical and secular music of the West.

Due to the growing professionalization of the profession of the classical music musician and composer, it’s recognized as an expression of the educated elites of society. However, it’s adapted over time and some popular music groups, such as the British band Queen, already merged it with rock and with other modern genres and so it’s now a part of popular culture.

Music adapts and changes, but it’s always there as it survives the passage of time and is eternal. A song sometimes reminds you of a certain moment in your life and influences your mood and emotional state. So, what musical genres do you identify the most with?

18 Musical Movies for all Tastes
Musical movies have been with us all since childhood. There is an amazing diversity and we're going to bring you a small but comprehensive selection. Read more »
Link copied!
Interesting Articles
Music and Psychology
The Feminine Archetypes and Transformative Anger

Music and Psychology
How Does Music Influence Us in Clothing Stores?

Have you ever walked into a clothing store and had the feeling that you're in the middle of a nightclub?…