Cultural Appropriation - What Is It?

If you analyze the concept of cultural appropriation in-depth, you'll see that this idea also encompasses power dynamics. In other words, a dominant culture appropriates elements of cultures that they have systematically oppressed. 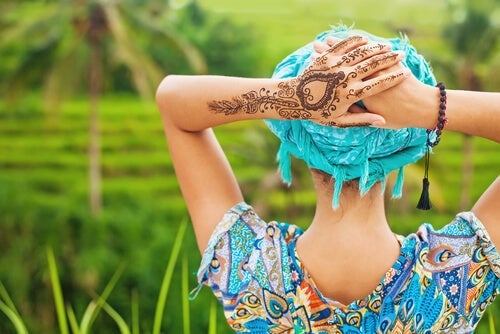 Art is a blend of influences that contains many imitative elements. The problem of cultural appropriation lies in the distinction between this way of creating and the concept of copying, theft, and plagiarism.

At this point, copyright dilutes in the collective identities, giving way to traditions that truly originated in power relationships in which the fittest takes advantage of the weak. This concept is what many refer to as “wrongful appropriation”.

A significant number of protests regarding this subject have occurred. For example, the presence of tattoos with Polynesian tribal motifs was very popular and led to some controversy. Likewise, the use of Gypsy symbols by singer Rosalía was widely criticized not too long ago.

What exactly is cultural appropriation?

As we mentioned above, cultural appropriation is the adoption of instruments, images, and symbols that belong to a culture that’s different from one’s own.

Around this definition, there’s a question as to whether a person’s really talking about wrongful appropriation or if, in most cases, it’s a mere tribute to other cultures.

If you further analyze the concept of cultural appropriation, you’ll see that the idea also encompasses the presence of power dynamics. That is, people blame the dominant culture for using the elements of the cultures they’ve systematically oppressed.

The two key points for answering this question are consent and benefit-sharing. This is because there’s a clear economic interest in some forms of imitation, especially in the musical field.

In this sense, you can use cultural appropriation to designate the exploitation of certain symbols by cultural industries. This exploitation often happens without recognizing the original culture in a symbolic or economic way.

This is a complicated issue with an origin in the confluence of everyone’s story. Thus, you must understand how international power dynamics work in order to analyze it in-depth.

First, you must refer to other points of view on the subject. For example, some argue that non-Western people who wear jeans or indigenous people who speak English are somehow appropriating dominant cultures.

However, the argument against this is that marginalized groups don’t have enough power to decide whether to adhere to their traditional customs or not. Thus, assimilation occurs when people belonging to marginalized groups adopt the elements of the dominant cultures in order to survive.

The world of music offers some clear examples of cultural appropriation. The popularization of African-American music by Elvis Presley, and twerking, which until recently was associated with non-white groups lower-class groups, are just some examples.

There are also examples of it in Buddhism, a religion usually associated with peace, due to the stereotypes surrounding meditation.

Thus, cultural appropriation is a way to commercialize things that were once outside the margins of the market and introduced them into it.

Is cultural appropriation a real problem?

Cultural appropriation is a problematic concept that some people deny. This is due to several reasons:

Activists often become possessive about cultures, a purity that’s not characteristic of the social environment in which every human develops.

Identity Fusion: Relationship Between the Personal Self and the Social Self
Identity fusion occurs when a person's identity merges with that of a social group. It leads people to act differently. Find out more here! Read more »
Link copied!
Interesting Articles
Curiosities
King Solomon's Paradox - People are Wiser When...

Curiosities
All about Freedom of Expression