The influence of music on our lives 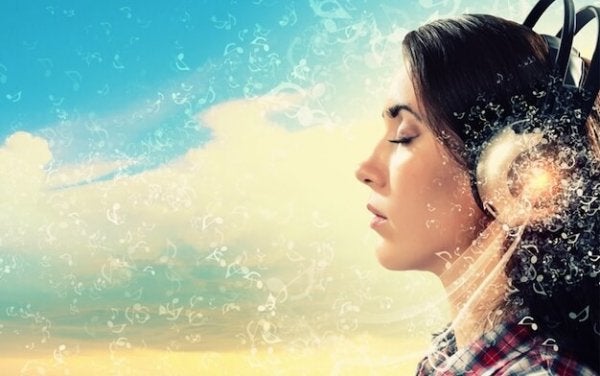 Music is a universal language capable of awakening emotions and unique sensations. Sometimes, even though we hear someone singing in an unknown language, we’re still able to feel what they’re trying to convey, even if we don’t know what the lyrics mean. What we do know is that they are expressing something cheerful, sad, or dramatic, etc. The influence of music on our soul is so far ranging.

Music is like chocolate, almost everyone likes it. This has been the caseforever. Ever since different cultures started to form, there has always been a place for rhythmic sounds that can communicate our feelings. In every age and civilization this particular form of expression has existed, and in so many varied styles.

Whenever I feel afraid I hold my head erect, and whistle a happy tune, so no one will suspect I’m afraid. And ev’ry single time the happiness in the tune convinces me that I’m not afraid.

Without realizing it, we often look to music to express feelings that are overwhelming us. In music we find a place where these emotions can overflow freely without harming anyone. On other occasions we get together to dance and we let the rhythm of the music lead us. At other times we look to music to reassure us, or maybe to study or to help us work. But how does the influence of music really affect our minds?

The Psychology Faculty of the BUAP University in Mexico carried out an interesting experiment, led by Professor Roberto Valderrama Hernández. His purpose was to find out the effect of “heavy” music on anxiety. By “heavy” music we are referring to music with an irregular, fast, distinct rhythm, played at a very high volume. Basically what we are talking about here is heavy metal.

The study included 137 subjects. Among them were 31 men and 106 women. The average age was 20, and they were all psychology students. First, they had a test to measure their state of anxiety. They then had to listen to fragments of heavy metal for 5 minutes at a time. In total they listened to 47-minutes of music.

The researcher observed that during these listening periods, the participants became more and more restless. They expressed this by constantly changing their position and by erratic  hand and feet movements.

Valderrama concluded that this type of stimulating music increased the level of anxiety. The explanation for this is that these kinds of rhythms intensely stimulate the sympathetic nervous system, which in turn increases physical and psychological tension. If this is not released through movements such as dancing or jumping, the energy accumulates and gives rise to anxiety type symptoms.

The positive influence of music

The fact that musical notes generate energy is not a problem in itself. The problem comes when this energy can’t be released by carrying out some sort of physical activity. “Heavy” or loud music is great in situations that demand energetic or competitive behavior.

On the other hand, musical notes also have the ability to relax us. This is achieved by genres that have more regular, slower rhythms and with a lower volume. Some pieces of classical or instrumental music, and even light can help to reassure us. They are even used in places where radiotherapy or aggressive medical treatments are being carried out.

Science has been able to establish that musical rhythms stimulate different areas of the brain. In fact, research from the University of Florida suggests that musical rhythms offer more brain activation than any other known stimulus. These are the main positive effects of the influence of music:

Scientists have also proved that good music strengthens the immune system, thus making us healthier. There’s a reason behind the fact that cows give more milk when Mozart’s sonatas are played for them. And it´s not a coincidence that plants flourish more when there is background music. The key is to find the rhythm that can benefit us in any given situation. In this way the influence of music can be a real positive influence on our lives.

Music Can Change the Structure of Your Brain
Music plays an important role in learning. In fact, musical training stimulates different parts of the brain. Various studies have shown that listening to certain songs and melodies can improve memory in patients with Alzheimer's and other types of dementia. Read more »
Link copied!
Interesting Articles
Psychology
11 Signs You're Experiencing a Spiritual Awakening

Psychology
There's No Such Thing As Too Old, Just Too Many Excuses

There's no such thing as being too old to achieve your dreams, because success has no age limit. It's common to think…

Psychology
Catastrophic Thinking: When You Make a Negative Video of Everything

We often express catastrophic thinking in two ways. The first involves blowing a difficult or negative situation out of proportion.…