The Ego - The Boastful Voice that Drowns Out Humility

If you've ever wondered about the meaning of the term "ego", just think about the masks that we all wear. Although they help us survive in society, many often wear a mask of excessive pride to protect their weak being underneath. 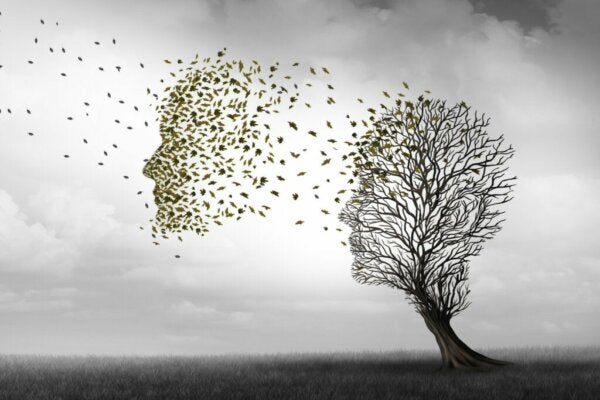 What’s the ego? People often define it as a kind of social mask, made up of arrogance and defense mechanisms. It’s feeling proud that you climbed the mountain because you want everyone else to see you, not because it’s an opportunity to see the world from a different perspective. Very few psychological constructs have so many different and varied definitions.

The concept of the ego, a term that comes from the Latin word for “I”, is one of the aspects of personality that people talk about the most. The most common definition of ego is haughtiness or arrogance, a self-image that seeks to impose itself on other people. That being said, it’s still just another mental construct, an identity that you build with your internal factory that’s churning out ideas, experiences, emotions, and needs.

Your authentic self lies behind this artifice of self, behind the external mask. The problem arises when you’re overly dependent on and attached to the external layer that you’ve created to survive harsh reality. Let’s delve a little deeper, shall we?

If you’re wondering about the ego, it’s important to first realize that this is one of the most complex constructs in psychology. Within psychology, many concepts use the prefix “ego”. There’s egotism, the egoic mind, egocentrism, or even ego defense mechanisms.

The school of thought that developed this concept the most was the psychodynamic school. Specifically, Sigmund Freud. However, it’s worth noting that Eastern philosophy has been studying these ideas for centuries. So much so that anyone who delves deep into the study of Buddhism will find that the central theme is related to the ego.

Philosophy and the concept of the ego

In his book, The Critique of Judgment, Immanuel Kant explained that the ego collects every construct and mental representation that the individual carries out. Jean Paul-Sartre, for his part, had a very similar conception of the ego.

As we mentioned above, the school of thought that made the greatest contribution to ideas and conceptions of this construct was Sigmund Freud’s. This father of psychoanalysis believed that human beings are subjected to three counter-opposing forces that determine how they act and respond to the world. These forces are the ego, the id, and the super id.

Freud argued that the ego is the representation you make of the world around you. Likewise, it’s the entity that tries to control your impulses and basic instincts. In essence, it tries to satisfy your desires in a socially-acceptable way.

The spiritual, mystic, and Buddhist perspective on the ego

Buddhists have studied the ego in-depth. However, existential philosophical perspectives are very different from psychodynamic psychological ones:

The ego from a psychological perspective

Portuguese writer Fernando Pessoa very aptly said, “I look, and things exist. I think, and I only I exist”. The psychological construct that is the ego is a part of you that you’ve built to move around in the social world. This means that it’s possible to have a healthy ego.

The opposite, then, is also true. You might be co-existing with a psychological entity that’s desperately trying to feed off the external world, desperately seeing recognition and attention. Let’s take a closer look.

The effects of a distorted ego

This makes you feel as if you’re constantly lacking something. This reflects a mind obsessed with knowing what others think. This is the kind of gaze that looks out into the world with fear. It’s being afraid to fail, not being loved, disappointing your parents, and having fewer money than others, etc.

Those types of fears lead you to develop defense mechanisms such as pride and arrogance. Those masks, as we mentioned earlier, protect your inner weaknesses.

A sick ego is the reflection of low self-esteem, of someone who hasn’t worked on their own identity.

So is it possible to have a healthy ego? The short answer is yes. A healthy ego allows you to have a meaningful life because it helps you be in harmony with what you are. We’re also able to show that (with what we need and offer) without becoming attached to the other world.

Although all the definitions of ego many confuse you, you need to remember that isn’t either good or bad. It’s part of you, a subjective concept that you build yourself. If you set your mind to it, you can transform your ego.

The Legend of the Toh Bird: A Lesson in Humility
The legend of the Toh bird is a story that the Mayans told for generations to teach young people the importance of staying humble and being kind to others. Read more »
Link copied!
Interesting Articles
Psychology
How to Handle Criticism

Psychology
Sometimes the Best Way to Help Is to Stop Helping

Help is often overvalued. We think it means kindness, solidarity, and hospitality, but the problem is that it's not always…

Psychology
4 Signs That Give Away an Insecure Person

Have you ever known someone who made you feel inferior, maybe even like a total weakling, and all the while,…

Psychology
You Can Find Relief from Depression Symptoms in 5 Minutes

Depression symptoms are obvious in some cases, but not so much in others. Sometimes, neither the individual nor those around them…