The Effects of Repetitive Thought

Repetitive thought can be your friend, but if you don't add some changes in your routine, it'll be your worst nightmare! 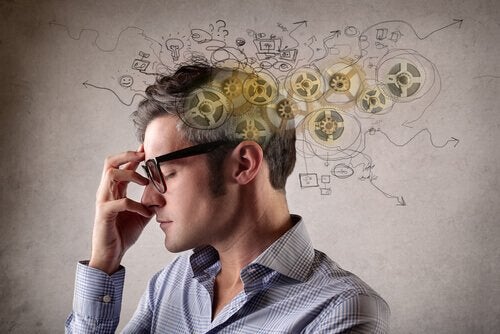 The effects of repetitive thought can be deadly if you’re in need of change. Why? Because you’re so used to doing something and know it won’t have bad consequences, so you just get stuck and unable to change. Do you want to change your current situation? Then, change! Try something new! Nothing will change unless you make it change.

These effects were first noticed in sports, but can definitely be applied to other areas of life. This example of repetitiveness happens, for example, when you’re working out your arms. You’ll work out until you feel the pain in your muscles. That way, you know you’re doing something.

If you work out constantly, you’ll start feeling less and less pain. It won’t affect you as much anymore. So ask yourself, how can you apply this to other areas in your life?

The Effects of Repetitive Thought

As we said above, repetitive thought means the more you do something, the less impact it has on you. Don’t get me wrong. Maybe at one point in your life, you needed to create a habit to improve something, but after a while, its effects aren’t the same.

It’s the same thing when you work out. At first, you can work out three times a week, see excellent results, but later your body has gotten used to it and you’ll need to step it up if you want to keep improving. Otherwise, you might lose what you’ve gotten so far.

Another example can be coffee, alcohol, or drugs. At first, small doses satisfy you. However, later on, you’ll need more and more because your body is used to their effects. You’ll need more to feel satisfied again.

The same thing happens when you’re trying to lose weight. You improve your habits, work out, drink water, and start seeing results. If you do the same thing over and over again, your body will get used to it and it’ll be harder for you to lose weight.

Any time you feel stuck, it’s probably an effect of repetitive thought. To improve something, you have to change something.

How to Work on Your Repetitive Thoughts

Even if something worked out for you once, doing it over and over again will just get you stuck. The real deal isn’t getting stuck, but knowing you’re stuck and changing whatever it is you’re doing.

In fact, it isn’t bad to get stuck once in a while. You probably worked really hard to get to where you are. So, instead of feeling sorry for yourself, think of the good things you’ve accomplished and what you can do to keep improving.

Remember the workout example. If you keep doing the same exercises, your muscles will adapt and you won’t get any results. No pain, no gain.

“What got you here, won’t get you there.”

Why not settle with what you’ve gotten so far? Why change what’s worked before? Isn’t what you’ve already accomplished enough?

No, because it’s not about ambition. It’s about personal satisfaction. If you can do more, why not do more? Anyhow, conformism leads to boredom. When you’re bored, you give up. Giving up is not an option.

Change can give you a purpose. It’ll help you achieve what you want and reach your goals.

How to Change a Habit in 6 Steps
Changing a habit is a real challenge, especially if it's deeply rooted inside you. However, the good news is that there are many ways to change a habit. Read more »
Link copied!
Interesting Articles
Wellness
Modern Power Seeks to Distress, Not Repress

Fear is a completely natural human emotion that guarantees survival. But taken to the extreme, it has the power to…

Being happy is paramount. But is it necessary to go searching for it? What if we are already happy? Perhaps, then,…

Emotions
Hidden Anger: The Emotion that Changes Our Personality

Hidden anger, that rage we feel but keep to ourselves, can change our personality. The disappointments experienced, the failures, the…

Personal Development
Willpower and Self Control Can Change Your Life

Developing your willpower and self-control can change many areas of your life. Adopting and sticking to a healthy diet, reading…