The Different Types of Bipolar Disorder

Bipolar disorder is one of the most common and serious mental illnesses. There are several types of bipolar disorder, all of them describing different mental states, and posing a challenge, both for the sufferer and the immediate environment. 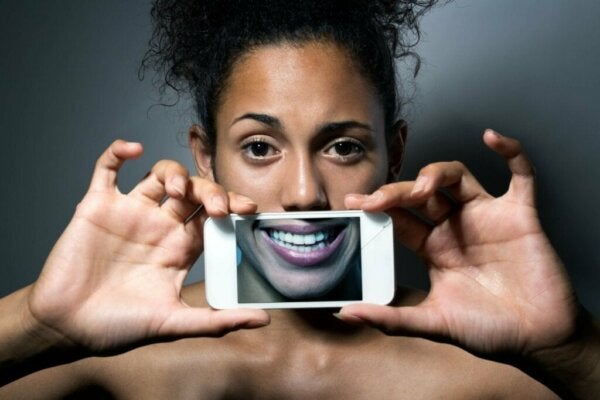 The different types of bipolar disorders have a considerable impact on the sufferer’s mental state and affect those around them. It’s a psychological condition that oscillates between depressive and manic states. Therefore, the sufferer can go from the most intense euphoria and excessive confidence to a state of deep despondency, anguish, and negativity.

Expressions such as “That person’s a bit bipolar” or “Today isn’t my day, I’m feeling a bit bipolar” abound in our daily lives. We use expressions like these rather loosely, to describe the changeable moods that we humans often experience.

However, even though we may all experience an emotional roller coaster from time to time, the life of someone who suffers from bipolar disorder is something else entirely. They really do have a hard time with this complex condition.

For starters, no two people with bipolar disorder are alike. Each case is different.

Some follow their treatment effectively and achieve a completely normal day-to-day life. Others, on the other hand, get involved in risky behavior, don’t follow medical guidelines, and aren’t able to adequately control their social, personal, or work lives.

Let’s delve a little deeper into the different typologies of this mental illness.

The five types of bipolar disorder

Bipolar disorder is one of the most common mental illnesses and also one of the most serious. We know that it affects between three and five percent of the world’s population and that, although it’s more common in adults, it can also appear in early childhood. We’re dealing with a disorder that persists for years, then may go into remission for some time. It can then return soon after.

As we’ve seen, no person with this disorder experiences it in the same way. Some have severe depression and only milder episodes of euphoria. Others suffer manic episodes of greater intensity and impact. Some get stuck for months in one state, and others alternate between these episodes on a frequent basis.

All of this goes to show that it isn’t only vital to diagnose this illness as soon as possible but that it’s also important to know what type of bipolar disorder we’re dealing with. We’ll analyze them now.

Cyclothymia is the mildest form of bipolar disorder. It usually appears for the first time in adolescence, which makes it difficult to diagnose due to the behavioral changes characteristic of this stage of life. However, it can develop into situations that a family can no longer deal with on their own. These would be the characteristics:

This type of bipolar disorder is usually diagnosed when the patient has experienced a manic phase lasting more than a week, with the appearance, in addition, of psychotic outbreaks. These are particularly serious situations, in which hospitalization is usually necessary.

The main characteristic of this typology is that it includes the mildest version of mania: hypomania. However, recurrent episodes of major depression are also more common. In order to diagnose this type, the person needs to have experienced:

We define a patient as a rapid cycler when they have an average of about four episodes in a year. These episodes can be depressive, mixed depressive, manic, or hypomanic. As a result, some people with type 1 or type 2 disorder may also be rapid cycling.

However, we know that this typology isn’t very common. Only 10% have this characteristic within the different types of bipolar disorder.

Bipolar disorder due to another medical or substance abuse disorder

Among the different types of bipolar disorder, this is the most unspecific. The reason? Some people don’t show a specific pattern like those we mentioned above. However, they receive this diagnosis due to their mood variability, medical history, and behavior.

Many of these cases have two origins: either a person is suffering from some illness (such as schizophrenia) or from an addiction to certain substances.

To conclude, we’ve seen that the different types of bipolar disorder define particular situations but all of them are equally serious.

However, it’s important to highlight a couple of points here. The first is that, with effective treatment, drastic mood changes can be kept under control. As a result, the patient will have a better quality of life.

Secondly, psychological support can be very helpful in order to teach them to develop new skills and also to improve their relationships, both at work and within their family. With medical and psychological counseling, the person can achieve autonomy and satisfaction in life.