Pleasure and Addiction - Substance or Feeling?

We believe that we become dependent on substances. However, what if the reason for such dependence is how they make us feel? So, is it pleasure or addiction? 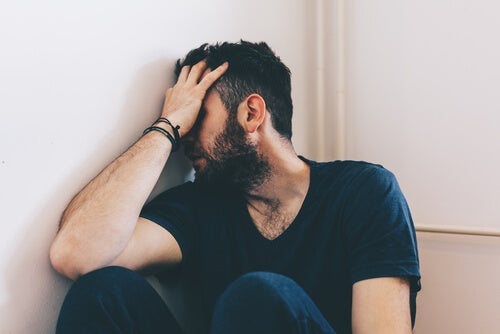 Is pleasure the reason for addiction? Drug dependency is a problem that affects more and more people every day. However, the reason for substance abuse may not be directly related to drugs but to other processes instead. Today, we’re going to make the argument that people don’t necessarily become addicted to substances. Rather, we derive pleasure on the way they make us feel.

To shed some light on the above statement, it’s important to refer to one of the many experiments conducted with rats as it’s quite revealing. It was conducted in the 80s.

The experiment we mentioned above consisted of placing a rat in a cage. There were two bottles in the cage: one contained water and the other contained water with either diluted cocaine or heroin. The results were the same every time, regardless of the rat in the cage. Every single one became addicted to the drug and drank the solution until they died. This is a pattern that repeats itself in addicted humans.

However, there’s a variable we haven’t mentioned. The rats were alone in the cage. Thus, what would happen if there were other rats with them? This became the next step in this experiment. Researchers created a small rat “park”. In it, there was food, colored balls and everything they needed to have a good time. The results were amazing!

Many rats didn’t drink any of the adulterated water and those who did drink did so in moderation. Thus, while all the rats in the isolation experiment died of an overdose, the group in the fun rat park didn’t become addicted.

Isolation and its relationship with drugs

One thing was clear after this experiment. The isolated rats with a poor environment and lack of stimuli were more inclined to addiction and, as a consequence, to basically committing suicide by overindulging on the drugs. The same happens with people. Substance addiction has nothing to do with them directly, but rather with the feeling of pleasure they cause.

When we isolate ourselves from others, be it voluntarily or involuntarily, our brains produce a substance called myelin. It causes changes in our cognitive and emotional behavior that lead to depression, anxiety, and fear. Thus, we feel bad because, just like rats, humans are social creatures who need to bond with others.

When we’re isolated, it’s easier for us to become addicted. This is because drugs increase our secretion of dopamine, the substance that makes us feel happy.

Actually, drugs numb our brain and help us avoid thinking. They’re also disinhibiting and allow us to get away from everything that hurts or affects us, at least momentarily. They’re a form of avoidance behavior.

Family history and drug use

In spite of all that, we’ve explained why we don’t become addicted to substances but on the sort of pleasure we derive from them. However, we also have to mention an important characteristic within addictions: family history.

If our parents are addicts or had a toxic relationship, then it’s possible that we often felt out of place, ignored and isolated.

As we now know, this is an exceptional breeding ground to seek refuge in drugs, since our environment isn’t as fun and full of friends as the rat park was. Instead, we’re more like one of those lonely caged rats.

Many people feel guilty after falling off the wagon. What they don’t realize is that they’re not addicted to substances. They mainly like the way drugs make them feel. The question is: why do they want to feel that way?

Anything that can affect you emotionally can lead you to find a different way of feeling in drugs. In addition, if you surround yourself with people who also consume them because they also have emotional problems and have to face difficult situations that make them feel unhappy and isolated, then it’s easier to fall into a vicious circle.

If addictions were caused by substances, then why can’t some people live without their cellphones or video games? Thus, the reason for your dependence doesn’t lie in the substance, but mainly in how these make you feel and how they allow you to forget your problems at least for a few hours.

In the end, addictions are nothing more than escape valves and they’ll exist for as long as we continue to live within our vicious circle.

The Neurobiology of Addiction
Most people are fairly familiar with the ins and outs of drug addiction. But what do you know about the neurobiology of addiction? Read more »
Link copied!
Interesting Articles
Clinical Psychology
The Different Types of Bipolar Disorder