The Differences Between Introverted and Highly Sensitive People

Although it's easy to confuse them, there are several differences between introverted and highly sensitive people. A first aspect that we must understand is that some extroverts are also highly sensitive. 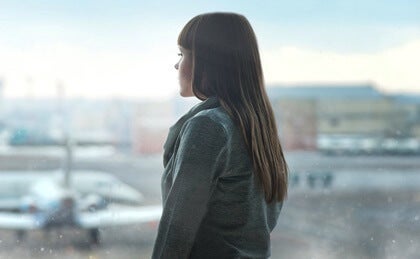 The differences between introverted and highly sensitive people are often very significant. For starters, as Elaine Aron’s studies show, there are also highly sensitive extroverts. Thus, although both profiles share similar traits, they have certain subtleties, nuances, and singularities that make them unique and give them, in turn, particular capabilities.

It’s been a long time since Carl Jung introduced the terms introversion and extraversion in his work The Psychological Types. However, we should note that people still make mistakes when interpreting this approach to personality. One aspect that we should bear in mind is that these two dimensions aren’t exclusive. In other words, no one is either completely extroverted or completely introverted in all areas of their life.

On the other hand, experts in the field of personality, such as Jonathan Cheek, from the University of Texas, conducted a study in 2011 to conclude that there are up to four different typologies of introversion. What we want to point out here is that it’s easy to get carried away by terms, labels, and definitions that aren’t always precise.

The human personality and its understanding is an area as complex as it is exciting. Psychological science has been trying to establish its foundations since the 1930s. Since Gordon Allport published his book Personality (1936), we’ve made considerable progress in understanding it. Therefore, it’s important to understand some of its nuances, such as the aspects that show the differences between introversion and high sensitivity.

The differences between introverted and highly sensitive people

It’s common to think that introverted people are also always highly sensitive. It’s also common to think that all introverts are shy and that extroverts constantly need social stimulation. Assuming that these ideas are correct can create a lot of contradictions that people may find difficult to cope with.

Let’s take, by way of an example, sensitive extroverts. Here, we may find people, such as activists, lawyers, and social workers. They’re professional people who dedicate their lives to others and, as a result, often suffer what we may call “empathy burnout”. These people feel the need to be in contact with others, but they often aren’t able to filter out emotional pain.

Understanding the differences between introverted and highly sensitive people can help us to understand each other better and classify these profiles more accurately.

Books such as Susan Cain’s Quiet: The Power of Introverts in a World That Can’t Stop Talking, allow us to delve into this personality type in detail. The information she gives us is quite similar in many ways to the theories that Hans Jürgen Eysenck established in his day. This psychologist, who was also a pioneer in the study of personality, pointed out that introversion has a genetic origin.

He stated that there was a biological factor. For example, we know that an introvert’s brain doesn’t always receive dopamine when they interact socially. For them, there’s a point when conversation seems to run dry, a moment when a party stops being fun and actually becomes quite stifling, and they just want to be alone.

In addition, another difference between introverted and highly sensitive people is that, in the former, we can differentiate up to four typologies:

One aspect we’ve already pointed out about high sensitivity is that it also manifests in extroverted people. Thus, this isn’t an “exclusive” characteristic of introversion. It’s actually a characteristic present in 20% of the population, which, in turn, includes the following factors:

Studies such as those conducted by Dr. Bianca P. Acevedo, from the Department of Psychological & Brain Sciences, University of California, Santa Barbara, show us the following:

Thus, we’ve discovered that there are differences between introverted and highly sensitive people. There are nuances here that can undoubtedly help extroverted people, and even many hyperactive children, to understand, for example, why they become so affected by other people’s emotions. It can also help them to know why they find their own emotions so hard to handle.

In these cases, high sensitivity can make life more intense and even complicated. There are also some other aspects to consider:

As you’ve seen, there are important factors to bear in mind in both personality types (as well as in any other, of course). The important thing is that you strive to maintain a balance. Get to know your potential and your weak points to able to guarantee your own well-being and happiness.

The Different Types of Introverted Behavior
Academics, such as Jonathan Cheek and Jennifer Grimes, have identified different types of introverted behavior and we'll look at them in this article. Read more »
Link copied!
Interesting Articles
Personality Psychology
Symptoms of Alice in Wonderland Syndrome