Three Dimensions of Personality According to Hans Eysenck 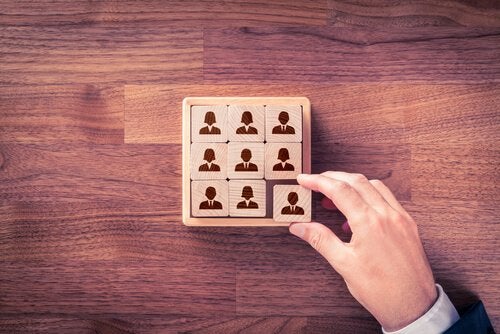 Hans Eysenck was one of the most controversial and prolific psychologists of the 20th century. At the time of his death in 1997, he was the most cited researcher in psychology. Eysenck made a significant contribution to this field, publishing about 80 books and writing hundreds of articles. He was also the founding editor of the influential journal “Personality and Individual Differences”.

Born in Germany in 1916, his opposition to the Nazi party forced him to flee first to France and then to Great Britain. He completed his doctorate in psychology at the University of London in 1940. During World War II, Hans Eysenck worked at Mill Hill Emergency Hospital as a psychiatrist. Between 1945 and 1950, he was a psychologist at the Maudsley Hospital. Later he was the director of the psychology department at the Institute of Psychiatry of the University of London. He occupied this position until 1983.

Hans Eysenck developed a very influential personality theory. It’s so influential because it revolves around very specific points and they easily relate to everyday discourse. His personality theory is based on biological factors, arguing that individuals inherit a type of nervous system that affects their ability to learn and adapt to the environment. However, Eysenck’s work generated criticism for suggesting that biological or genetic factors influence personality and an individual’s susceptibility to engage in criminal behavior.

Using factor analysis to design his theory, Hans Eysenck identified three personality factors: psychoticism, extraversion, and neuroticism (PEN). Each of Eysenck’s factors is a bipolar dimension, which means that each has an opposite.

Eysenck believed that biological factors, including cortical arousal and hormonal levels, along with environmental factors such as learned behavior, influence a person’s score on these personality dimensions.

It should be noted that Eysenck really changed the term “psychoticism”. When used in his model, it refers to certain antisocial behaviors, not mental illness. Before developing the PEN model, Eysenck sought to measure personality in two dimensions: extraversion-introversion and neuroticism-emotional stability.

People with high levels of extraversion participate more in social activities. They tend to be more communicative and feel more comfortable in a group. In general, extroverts enjoy being the focus of attention and often accumulate a larger social network of friends and associates. Extraversion is measured on a continuum, ranging from high (extrovert) to low (introvert).

On the other hand, introverts tend to be quieter, shy away from large social gatherings, and may feel uncomfortable interacting with strangers. Instead, they keep smaller groups of close friends and are more likely to enjoy contemplative exercises.

Swiss psychoanalyst Carl Jung suggested that levels of extraversion-introversion depended on the focus of an individual’s psychic energy. In extroverts, he believed that this energy was directed towards the outside, towards other people, which resulted in more social interactions. Meanwhile, the psychic energy of introverts is projected inwards, which makes them engage in less sociable activities (Jung, 1921).

On the other hand, according to the Yerkes-Dodson law, levels of excitement can affect an individual’s performance capabilities. The theory states that excitement and performance follow a bell-shaped curve, and the second decreases during periods of high or low arousal (Yerkes and Dodson, 1908).

Hans Eysenck also proposed a second dimension: emotional stability or neuroticism. People with a high neuroticism score tend to experience higher levels of stress and anxiety. They worry about relatively insignificant issues, exaggerate their meaning, and feel unable to cope with stressors.

A focus on the negative aspects of a situation rather than the positive aspects can make a person adopt a disproportionately negative perspective. They may feel envious or jealous of others who, according to them, are in a better position.

Eysenck characterizes neuroticism by perfectionism and dissatisfaction. On the other hand, a person with a low neuroticism score will generally experience greater emotional stability. We speak of people who, for the most part, feel more capable of coping with stressful events and setting goals that are suited to their abilities. People with a low neuroticism score tend to be more tolerant of others’ failures and remain calmer in demanding situations.

Psychoticism was a late addition to Hans Eysenck’s personality theory. It was included in 1976. This third personality dimension ranges from normality (low psychoticism) to high psychoticism.

People with higher psychoticism are more likely to participate in irresponsible or poorly calculated behavior. These people can also contravene accepted social norms and be motivated by a need for immediate gratification, regardless of its consequences.

However, psychoticism also has more positive associations. In a 1993 study, Eysenck compared the participation scores of the Barron-Welsh Art Scale and Eysenck Personality Questionnaire and found that people with high psychoticism scores tended to have more advanced creative skills.

Eysenck suggested that psychoticism was influenced by biological factors and correlated with levels of hormones such as testosterone. According to the PEN model, high levels of psychoticism reduce a person’s ability to respond to conditioning, which means that it would be harder to adapt to the social norms that we usually learn through reward and punishment.

As a result, the theory suggests that people may be more prone to criminal behavior as they seek to satisfy their own interests while violating the rules of behavior accepted by others. The association of personality traits, such as psychoticism, with criminal tendencies, along with Eysenck’s emphasis on genetics that affects these traits, has resulted in criticism of his theory for adopting a deterministic view of behavior.

Researchers can use twin studies to see if personality is genetic. However, the findings are contradictory and inconclusive. Shields (1976) found that monozygotic (identical) twins were significantly more similar in the introverted-extroverted and psychotic dimensions than dizygotic (nonidentical) twins. Loehlin, Willerman, and Horn (1988) found that only 50% of the variations in personality dimensions scores are due to inherited traits. This suggests that social factors are also important.

One virtue of Eysenck’s theory is that it considers both nature and education as influencing factors. He argues that biological predispositions towards certain personality traits, combined with conditioning and socialization during childhood, condition our personality.

This interactionist approach can, therefore, accumulate a greater validity than a purely biological or environmental theory. It’s also very well related to the diathesis-stress model, which argues in favor of a biological predisposition that’s combined with an environmental trigger for a particular behavior.