In addition to his personality trait theory, Gordon Allport made other important contributions to psychology. 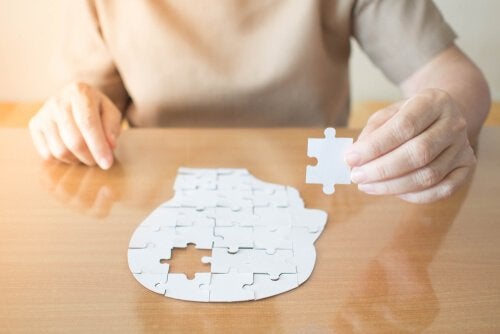 Gordon Allport was a psychologist who laid the foundations of personality psychology. His theory is considered one of the first humanist theories because it conceives man as an autonomous being with free will. Allport argued that instincts and impulses aren’t the only things that motivate human beings. He also believed that humans aren’t governed by their past.

Allport’s work is enjoyable and accessible to the general public. He explained things in an easy way that anyone can understand. People who want to learn more about psychology should read Allport’s work.

Gordon Allport studied motivation and personality. He left a really important legacy and is a truly interesting figure in the field of psychology.

Gordon Allport was born in Indiana in 1897, but his family moved to Ohio when Gordon was still a child. His father was a doctor and worked out of his home. Consequently, Gordon Allport and his siblings were exposed to the world of medicine from a very early age. This sparked Allport’s interest in the field, and especially in psychology.

However, Allport ended up studying economics and philosophy. Since he never lost interest in social psychology, he eventually got his degree in psychology from Harvard University.

Sometime later, he traveled to Vienna. This was one of the most significant moments of his life because he met Sigmund Freud on this trip. Contrary to what you might think, Allport wasn’t impressed by the father of psychoanalysis. Like many humanist psychologists, Allport considered Freud’s theories quite limiting.

After he returned to the United States, Allport started working as a psychology professor. He got a job at Harvard University, where he worked until his death. During his time at Harvard, he joined numerous committees and gave innovative lectures. In 1939, he was elected president of the American Psychological Association (APA).

Allport published several books. His most famous one is Becoming: Basic Considerations for a Psychology of Personality. During his lifetime, Allport received numerous awards that recognized his work and his contributions to the field of psychology. The APA awarded him the prestigious APA Award for Distinguished Scientific Contributions to Psychology.

Gordon Allport emphasized the importance of an individual’s conscious motivations and thoughts. That led to his interest in personality development. Allport tried to find a balance between the popular theories of his time. Behavioralism was incomplete and superficial, while psychoanalysis was overly complex. Meeting Freud cemented Allport’s interest in developing his own theory.

His most famous contribution is his trait theory of personality, which posits that each human being has hundreds of traits. He classified 4500 words that define an individual and he grouped them into three levels:

The legacy of Gordon Allport

In addition to his trait theory of personality, Allport identified genotypes and phenotypes. He identified the internal and external conditions that motivate a person’s behavior. In his work Personality: A Psychological Interpretation (1937) he defined personality as: “the dynamic organization within the individual of those psychophysical systems that determine his unique adjustment to his environment“.

Allport also emphasized that each person has a different personality. He was also interested in the nature of people’s will, motivation, and determination. He stressed that every individual’s behavior and thoughts are the product of a whole life story. In other words, an individual’s thoughts are the fruit of their past and their present.

Allport promoted an interdisciplinary movement at Harvard University, which led the school to create the Social Science Division. Allport was also an outspoken critic of Freud’s psychoanalysis and radical behavioralism.

Gordon Allport also studied prejudice and religion. He analyzed the discrimination against Jews and African-Americans, which he featured in his book The Nature of Prejudice.

Allport died on October 9th, 1967. He left an unmistakable legacy in the field of psychology and is considered one of the pioneers of humanist psychology.

Allport’s Trait Theory of Personality
Allport made a lot of important contributions to psychology. Learn more about his trait theory of personality in our article! Read more »
Link copied!
Interesting Articles
Psychology
4 Relaxation Techniques to Help You Sleep Better

Psychology
The 5 Keys of Japanese Psychology

Japanese psychology has its roots in a very specific philosophy of life. The Japanese rationalize their emotions and channel them in…

Do you feel lost? Do not know what to do with your life? Some people at times feel that the…

Psychology
How to Overcome Anxiety and Live Life to the Max