The Difference Between Passion and Obsession

Passion and obsession are two realities in which a given person is highly motivated to make a great effort. However, while passion leads you to grow and improve yourself, obsession exerts a negative influence on your life. 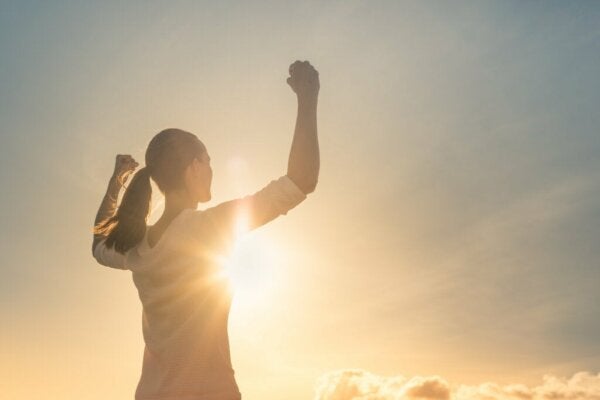 Passion and obsession are two similar realities that are also rather different. The first corresponds to a great flow of emotional energy that leads to exceeding one’s limits, going way beyond. The second paralyzes will or reduces its limits.

Thus, passion and obsession are contiguous realities. In other words, you may start something out of passion and then cross a certain border and, suddenly, you’re in the terrain of obsession. Thus, one could say that obsession is an excess of passion.

It’s plausible to say that passion and obsession are two sides of the same coin. Both of these subjective realities are made of great emotional engagement and utmost attention and focus. However, one represents the constructive side and the other the destructive one.

“You become what you think about all day long.”

In many cases, passion and obsession follow a line of continuity dictated by external factors. It usually begins with some activity you like and in which you suddenly find a lot of joy. The work is so attractive that a person becomes passionate about it.

Passion leads you to dedicate a lot of your time to such a task and you strive to improve it by setting higher parameters of demand and perfection. Then comes achievement and, with it, recognition for such an activity and this is when the problems might begin.

As it turns out, external validation can be a negative factor. What used to be spontaneous and fun is now an activity used to obtain positive reinforcement from others. You no longer enjoy the process but only the result. Thus, you begin to obsess over it.

The labyrinths of obsession

When you become obsessed with a given activity due to the response you get from the results, joy turns into worry. You begin to depend on others and become restless and stressed. In fact, some studies show that this dependency may even lead to unethical behaviors.

As a result, the need for a validating response from others gets out of control and turns into an obsessive passion accompanied by restlessness and even frustration. This dependence isn’t only emotional but also physical.

There’s evidence that an excessive concern for external approval floods the body with dopamine and becomes an addiction. This, of course, reinforces the dependency, and a person judges everything under an entirely different logic. There’s effort, even exhaustion, and uncertain results all at once. They may even feel the need to cheat just to get approval.

Very few people can completely detach themselves from other people’s opinions and reach a point in which their approval doesn’t matter. It takes a highly evolved person to do it. Thus, common people depend on other people’s approval.

After all, who doesn’t like to get an award or recognition for what they’ve done? For instance, most people feel some degree of satisfaction when they post something on social networks and get a “like”, when they see a friend request, or when their number of followers increases.

The secret to not falling into the clutches of an obsession for the approval of others is to be aware of it. You must understand that, when you receive a “like” for something you said without any pretension, what’s truly important is that you expressed it and that others found it thoughtful. The rest is an extra. It may be there today but perhaps it won’t be tomorrow.

There’s much to gain when you can enjoy what you do and when you can be consistent with what you think without feeling anxious about the result. It isn’t easy to get rid of the motivation that the response of others may suppose but you have to work on it. Always work so you don’t fall into that trap. Thus, let your passion, not your obsession, guide you.

5 Manias and Obsessions You Might Not Know About
Everyone has things they like a lot, but there are manias and obsessions that can exceed normal passion. We'll take a look in this article. Read more »

Organisational Psychology
Occupational Burnout Will Be an Official Syndrome