Dr. Jekyll and Mr. Hyde: The Duality Between Good and Evil

Read all about Dr. Jekyll and Mr. Hyde and the duality between good and evil in this article! 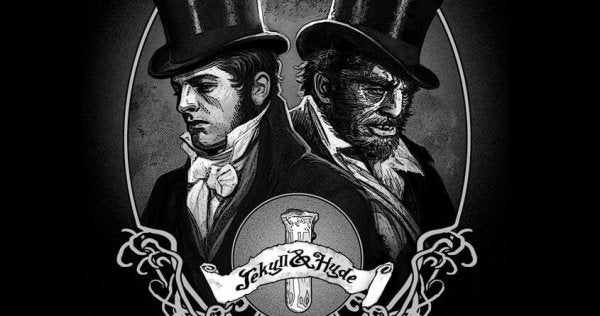 Robert Louis Stevenson always believed that humans had a good and evil side. In other words, that good and evil exist in every single human being. According to him, both versions live inside of us, only that the evil one is always repressed by society. These thoughts led him to write the famous book Strange Case of Dr. Jekyll and Mr. Hyde (1886).

This book was one of the first to give life to a character with a complex personality disorder. In the same way, it challenged the science and religion of the time by telling a terrifying story. This novel has become so popular that it has many film, TV, and cinema adaptations.

Its plot is incredibly intriguing. Through lawyer Utterson, the readers slowly but surely discover some strange facts. Stevenson leaves clues so that the readers ask themselves questions regarding what’s going on. In the end, thanks to a manuscript, readers finally understand everything.

Do we really have a dark side inside of us? The idea of this good and evil duality has been explored from different points of view in the framework of several disciplines such as philosophy, psychology, and literature.

Now, what if this good and evil duality is what makes us human? Perfection doesn’t exist. Therefore, absolute kindness isn’t a real thing. What’s good for me may not be good for you. The world of ethics has been in charge of trying to establish what good is supposed to be. It’s safe to say that these studies have given rise to several discrepancies. Throughout our lives, we’ve all done irrational, incoherent things and acted in totally unexpected ways.

In addition to a personality disorder, Strange Case of Dr. Jekyll and Mr. Hyde explores a series of questions about our own nature. Within its intriguing essence, it captivates us and fuses psychology with literature and philosophy. There’s no doubt that this is a book everyone should read at least once.

History, culture, and religion have tried to show us what’s good and what’s evil. There are a few clear examples that try to differentiate and separate these two things. If we think about religion as a whole, we’ll realize that they all try to define and defend good behavior – they believe in punishing ‘bad’ behavior and explain the consequences of acting in one way or another.

However, the idea of goodness is extremely subjective, meaning it depends on the way each individual sees it. Basically, it’s the opposite of evil. Ethics is that part of philosophy that has tried to answer these types of questions throughout history.

For example, Aristotle believed that ultimate good is happiness. This is the common good for all, which we can achieve through virtue and where politics play an important role. The journey is of special importance, meaning happiness isn’t immediate. Ethical hedonism, on the other hand, states that sensory and immediate pleasure leads to happiness. Christianity goes a little further and states that God is good and Satan is evil.

Thus, for most people, good and evil are simply opposites. But what would happen if they were two sides of the same coin? This would mean they’re indissoluble and inseparable, intimately united at the same time.

Despite their extreme differences, one couldn’t exist without the other. The idea that both coexist in humans is what Stevenson explored in his novel.

Each individual grows in a society where they learn the most accepted or appropriate behaviors. However, it seems that there’s a nature within us that, on occasions, pushes us to act or think against these norms.

Literature has explored the idea of ‘the doppelganger’ on many occasions and from very different perspectives. In fact, Fyodor Dostoyevsky paved the way with a book that explored human psychology in its most complex essence: The Double (1846). Other more recent works such as Steppenwolf (1927) by Hermann Hesse also tried to explore this complexity.

The story of Dr. Jekyll and Mr. Hyde explores the consequences of trying to separate good from evil, leading to an unfolding of personality.

Jekyll was a ‘good man’, a distinguished man of good position, a man who, like all others, repressed the darkest impulses inside him. His passion for medicine and his obsession with the idea of separating good from evil led him to drink a strange potion that gave life to Mr. Hyde. The latter represents Dr. Jekyll’s opposite, a man who lets himself get carried away by impulses and pleasure.

The transformation shows Dr. Jekyll’s pursuit of the pleasures and desires so frowned upon by society. Moreover, while Jekyll is described as good-looking, Hyde is described as a caveman-looking being, with a wild and unpleasant appearance.

Intrigue and magic are two of the main components of this book. The ending is great, as it’s the moment when we discover the truth thanks to one of Jekyll’s notes. We’re referring to the truth of human nature in and of itself and the acceptance of the impossibility of separating good from evil, two powerful entities that live inside us all.

Both Dr. Jekyll and Mr. Hyde were real – they both were the same, only opposites. This book symbolizes an exploration of human nature and tries to teach that good and evil can’t be separated. They both reside in us.

Kohlberg’s Theory of Moral Development
We all have developed our own non-transferable morality. One of the most important and influential models is Kohlberg's theory of moral development. Read more »
Link copied!
Interesting Articles
Literature and Psychology
The Name of the Rose