The Dark Appeal of Antiheroes

Heroes have been displaced by anti-heroes, as they're a lot more attractive these days. This is because they're vulnerable, unhappy, and, for the most part, products of a failed society. Continue reading to find out more about them! 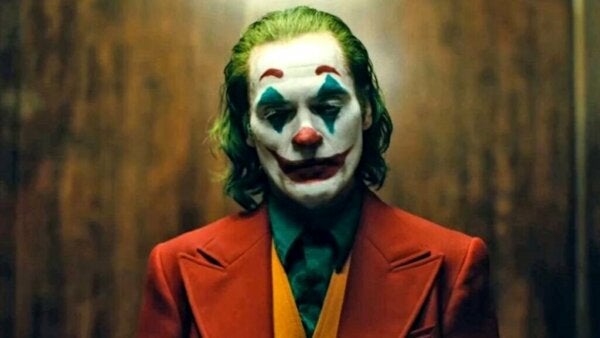 The dark appeal of antiheroes is prevalent in modern culture and encompasses all sorts of characters such as Walter White, Tony Soprano, Don Draper, Daredevil, Jessica Jones, Maleficent, etc. There are many more antiheroes in the world of cinema, television, comics, or literature. Anti-heroes are fascinating. Their moral values are often questionable and even punishable. However, many people are still attracted to their dark side.

Likewise, it’s clear that this type of psychological profile has become stronger this last decade. People are no longer attracted to virtuous figures, the ones Carl Jung defined in his archetype of the hero who fought against evil, for some reason. The eternal saviors who brought light and shattered darkness are no longer inspiring.

Why? There’s no one reason but many, in fact. Anthropologist Levi-Strauss said that no myth, legend, or archetypal figure is accidental because all these entities have their representation in the real world. In some way, people have begun to feel closer to these fallible, imperfect, and sometimes even immoral characters.

Continue reading to find out more about the causes and internal relief that hide behind the figure of the antihero.

The dark appeal of antiheroes

The era of heroes seems to be gone; perhaps their reign ended much earlier than it should have. Figures like Hercules or Perseus stopped shining long ago. Yes, the world of literature brought unforgettable figures like the Count of Monte Cristo, but it was James Joyce who renewed the concept. He gave Ulysses to the world and a novel in which, suddenly, people made contact with a group of antiheroes that bordered on the comical and the tragic.

In a way, every antihero has those very same ingredients: the veil of the traumatic and the reverse of the comic. The Joker is an example, and although sometimes you may think him a villain, he carries the essence of the antihero in his DNA. He’s a man with a terrible past who dresses up as a clown, laughs at cruelty, and paints a smile on a face marked by sadness.

It’s easy to empathize with an antihero because they aren’t always happy and that’s easy to understand in the present times.

It’s important not to confuse the textbook antihero with the one who’s simply imperfect. Tony Stark (Ironman) and Batman symbolize the latter. They have lights and shadows, one is eccentric and even irresponsible, and the other has a complicated past that includes the death of his parents. However, both are heroes. They’re characters who solve big problems and, as Carl Jung pointed out, symbolize the archetype of the savior.

However, actual antiheroes don’t save anyone. In fact, they have too much to do to ensure they get up every day. They’re figures who emerge from adversity, trauma, loss, and betrayal. They create their own world from there, one in which their own laws and values system rule and are different from that of the majority.

Good and evil dissolve and these characters can navigate in both spheres. They’re capable of great feats and masters at breaking the rules.

The dark appeal of antiheroes is due to empathy

People admire heroes but identify with anti-heroes. How can this be? Isn’t it contradictory that one can get into the skin of characters like Walter White or Tony Soprano and enjoy what they do? It happens because the human sense of empathy makes us identify more with those who are unhappy, desperate, frustrated, and go against a failed system.

Walter White, for instance, is a highly sympathetic character due to his cancer diagnosis. He’s a high school chemistry teacher who has no choice but to make methamphetamine to support his family. Then there’s Maleficent, a fairy betrayed and abused by a lover who, in addition to abandoning her, literally cut off her wings.

It’s quite easy to identify with this type of figure. Their dark side is attractive because you empathize with the motive that led them there.

The antihero sets you free in a failed society

The Punisher, Daredevil, Jessica Jones… There’s been a proliferation of adaptations of these characters on the small screen in recent years. Something in these antiheroes acts as a balm, a cathartic agent. They represent many of the things humans would like to do but would never put into practice. They break the law in the name of justice and they’re convinced this is justified in a failed society.

There are times when the antihero takes drastic actions against injustice. Their extreme reactions are also attractive and you admire their resolve in the face of those things you’d never dare try to change.

The antihero never changes (and nobody wants them to)

The dark appeal of antiheroes is there in spite of them lying, being cruel, treacherous, and even violent murderers. They can be contradictory. You often hate them and want nothing to do with them. Yes, you avoid them at some point because they defy your ethical and moral codes. However, sooner or later, you want to know more about them so you watch another movie or another chapter in that series or read another comic book or another book…

Thus, you don’t want them to change deep down inside. For instance, when a superhero deviates from the path of good, they do their best to get back on track. In contrast, the antihero will never try to be different and this is just how most people like them: imperfect.

In conclusion, today’s heroes have been displaced by antiheroes who, in some way, act as mirrors of human’s darkest desires, those you’d never reveal to anyone.

The Joker, the Perfect Villain
The sadistic, narcissistic, and sociopathic personality of the Joker is one of the reasons for his popularity. Learn more about this Batman villain here. Read more »
Link copied!
Interesting Articles
Cinema, Television, and Psychology
The Fast and the Furious - Seven Life Lessons

Norman Bates is the protagonist of one of the most iconic and celebrated films in the history of cinema: Psycho (1960), directed by Alfred Hitchcock. Anthony Perkins brought to life…