Why Are Superheroes' Morals Important to Us?

Why are we so attracted to superheroes? Could the answer lie in superheroes' morals? 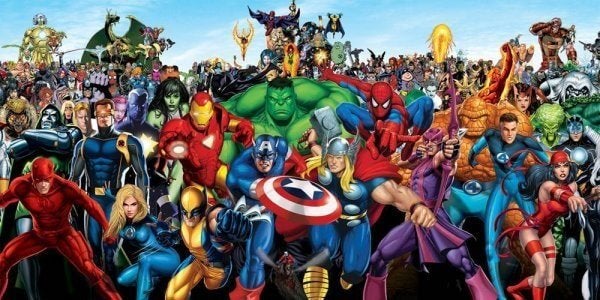 Superheroes are very popular. There are many films about them at the moment. From the classic Superman and Batman, through to movies that are bringing superheroes to the big screen for the first time, such as Wonder Woman, and also movies that bring together several superheroes, such as The Avengers. But why do they attract us so much? Surprisingly, one answer lies in superheroes’ morals.

Superheroes have always attracted our attention. Although we have all different preferences, there’s always one superhero that we seem to have a special affinity with.

The question is: why do they attract us so much? One possible answer can be found in superheroes’ morals. Superheroes transcend both good and evil. Superheroes that are good will do their utmost to defend good, while evil ones will always want evil to reign.

Each of us has their own morals. We all have an idea of what’s right and wrong. However, the fact that we’ve all got a moral code doesn’t mean that it’s the same one.

Hundreds of philosophers and thinkers have searched for something we could call a universal morality for centuries, but have never been able to come up with a satisfactory answer. Our morals guide our thoughts and behavior. Because of this, we’ll classify anyone who acts and thinks contrary to our moral beliefs as wrong and even as “bad” people.

Each person’s morality is a combination of their values ​​and beliefs. In our daily lives, we’ll adjust to different rules that we consider appropriate in order to live and deal with those around us.

When these beliefs are of great importance to us, it’s said that we have a strong moral conviction, and morality will have a stronger impact on our lives. Also, when our moral convictions get stronger, then we’ll start to feel a moral obligation. Because of that, we’ll be motivated to act in defense of what we think is right.

What are superheroes’ morals like? Let’s take Batman as an example. Despite being quite a dark superhero with a dubious past, Batman would sacrifice himself to save anyone. He even refuses to kill. He punishes the wicked with violence only when absolutely necessary.

We can find a similar moral standard in Superman. This alien with superpowers is always on the side of justice and only uses his superpowers to fight evil when absolutely necessary.

We could go on with such a long list of superheroes such as Wonder Woman, Black Panther, Thor, Spiderman, Captain America, Invisible Woman, etc. They’ve all got their own peculiarities and differences, but the one thing they have in common is that they’re on the side of justice.

They’re willing to stand up for justice even if they have to sacrifice things in the process. Their moral standards are so high that, whenever they feel that someone isn’t fulfilling their moral precepts, they feel compelled to do something.

Another curious situation occurs when they have to choose between saving many people or just one. Normally, in these situations, that one person is someone close to the superhero. This decision between saving many people, or one close friend or relative, creates a strong dilemma. The solution they usually find is to take a risk in order to not have to make a decision at all. That is, they’ll try to save everyone without exception.

Morality in our day to day lives

What would you do in a situation like this? If you had to choose between saving several strangers or someone you know, the answer would most likely be the person you know. Even if there were many other people in danger, you would most likely choose the closest person to you.

Our morality isn’t as strong as that of the superheroes. Even though we may have a great moral conviction, our moral obligation isn’t strong enough to act every time someone violates our moral standards.

Thus, that’s why we like superheroes. Or it’s one of the reasons, at least. Although we mustn’t forget the appeal of the powers themselves and the costumes they wear.

Superheroes represent the kind of moral people we all want to be. They act when we stand still. They defend morality without breaking the moral norms that they maintain, such as, for example, not killing people. That’s what makes them superheroes and not supervillains. Their high sense of morals is accompanied by a strong moral conviction and a high moral obligation.

How Social Morality Helps Normalize Violence
Social morality is the degree to which people conform to the precepts of socially established morals. In our daily lives, we conform to different rules that we deem appropriate to get along with others. Read more »