Stop Saying Yes When You Want to Say No

Saying yes when you want to say no is common. But you must stop doing it. 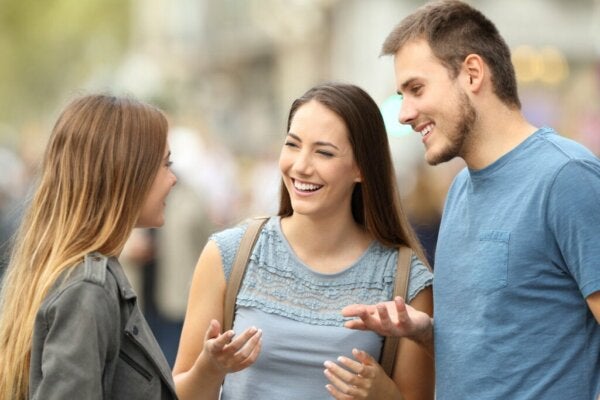 You’ve probably caught yourself saying yes when you wanted to say no and you’d like to stop doing it. What’s the matter with you? Why do you even do it? Could it be you’re unable to express what you really want? Continue reading this article to discover that most of the reasons for this kind of behavior are related to assertiveness.

Andre Salter (1940) defined the concept of assertiveness as a personality trait. Specifically, he said is “the expression of personal rights and feelings”. In other words, assertiveness includes the ability to decline something you don’t want to give or take.

One can draw the following conclusion from Salter’s research: circumstances influence your probability of being assertive. This doesn’t deny the fact that some people have a greater tendency towards assertiveness. However, anyone can learn to be assertive.

Are you assertive only on certain occasions or with certain people? What exactly makes you a pushover? In other words, what are you saying yes to when you want to say no? Let’s find out.

Stop saying yes when you want to say no

As you can see, the resolution of this question has a lot to do with assertiveness. However, what keeps you from expressing what you really want in certain situations?

“Nobody can make you feel inferior without your consent.”

Some people find it easier to freely, clearly, and sincerely express their opinions and wishes and have no problem saying no whenever they feel like it. However, other people just don’t have this ability or haven’t developed it enough. Thus, they often say yes when they want to say no.

One can say this is the main cause of any of the explanations below. There has to be a reason behind their lack of assertiveness. They may be hiding fears, insecurities, or lack of self-esteem.

Fear of other people’s opinions

Humans tend to accept things they don’t really want when they care about other people’s opinions. In a way, they fear being judged for being different and aren’t comfortable with criticism.

They can change it, especially by working on their self-esteem and enhancing their ability to be who they really want to be. Insecure people must realize what others say about them doesn’t really matter. This is because nothing a person does will put an end to other people’s judgments. Thus, they must realize that self-love is the only true one they’ll ever have.

Have you ever agreed to something you didn’t want to do? Perhaps you did so because you wanted to belong to a certain group or just to get other people’s approval.

Wanting to be liked by others is natural to some extent. Humans are social creatures who need love and acceptance. Thus, people don’t just seek approval from others when they agree to do something they don’t want to do, they also seek acceptance.

Psychologist Abraham Maslow (1908-1970) was already talking about this when he tried to define human needs through a hierarchy of needs pyramid. Maslow talks about two links that pertain to the need for affiliation and recognition. Humans achieve a feeling of belonging through friendship and affection, among others. In addition, they achieve self-recognition through the trust and recognition of their peers.

Returning to the previous point, if you think about it rationally, people who really love you will accept you as you are. Besides, you know too well that it’s practically impossible for everyone to like you (and it doesn’t make you a bad person). Isn’t it enough to like yourself?

Thus, people must learn to trust their gut and say no when they don’t want to say yes.

Insecurities and fear of disappointment

Another possible cause why you may be saying yes when you want to say no is related to all of the above. It’s all about a lack of self-worth. You’ll be more likely to be on the fence when you’re not clear about what you want or just don’t accept yourself as you are. Those who don’t know what they want won’t even notice they’ve found it.

Similarly, you’ll feel guilty for saying no when you’re unsure about who you are. You’ll worry you’ve offended someone. Fear of disappointing others is one of the reasons why people often make the mistake of accepting things they don’t really want.

As you can see, there are several reasons why a person agrees to something they don’t really want. What’s clear is people are more likely to try to please others when they lack self-esteem or feel vulnerable to criticism.

In this regard, the key to getting to know yourself and finding your own path is learning to be more assertive and outspoken.

Self-knowledge leaves little room for doubt. It’s a process that’ll hopefully last you a lifetime. Trace your own path and open your eyes to learning and you’ll see how you’ll progressively stop saying yes when you want to say no.

Saying “No” in a Positive Way
The word "no" is often seen by children as an evil word. Finding alternatives to saying "no" is a smart, positive thing to do. Learn more with us! Read more »
Link copied!
Interesting Articles
Personal Development
Seeking What You Already Have: A Dangerous Habit

Personal Development
The Roadmap: The Importance of Having a Life Project

Personality and spirituality are two common fields of psychology. Psychologists continuously pay attention and observe how these subjects come together.…

Personal Development
How to Manage Time and Be More Efficient

Ironically, knowing how to manage time is challenging for everyone but often, we don't have time to address "time." However,…