The Collapse: Witnessing the Fall of the System

Eight sequence-shot episodes that will take your breath away. The Collapse is an apocalyptic series that, weirdly enough, is too familiar. Don't miss it. 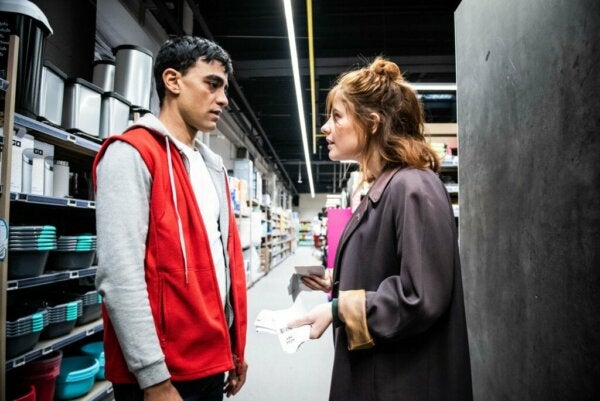 The Collapse is a series by the independent audiovisual production company Les Parasites. The series portrays a society after the collapse of the current system, where everyone must fight for their survival. Collapsologists predict it’ll happen within the next few years. However, if the collapse really did happen tomorrow, how would you react?

Each of the eight sequence-shot episodes takes place in a different location and features individuals struggling against the collapse of our industrial civilization. The realism of the situations and the rhythm of the chapters is astonishing. For that reason, the 20-minute episodes get the viewer immersed in the plot.

At the gas station, drivers fight for the last bits of gasoline. At the supermarket, customers walk around the nearly empty shelves. Finally, at a retirement home, the caregivers no longer know how to feed their residents. It’s safe to say that, in this series, fear triggers the subsequent drama. Nonetheless, does the anguish this series projects inspire action and commitment?

The series doesn’t specify what “the collapse” consists of exactly. The idea focuses on the fact that it’d happen quickly enough to focus on its consequences and spark a sense of urgency throughout all the episodes.

In this post-collapse world, the state has lost all forms of authority and only the law prevails. The richest get by, while the others are forced to fend for themselves and cooperate with varying degrees of success. Basically, the scarcity of resources turns everyone into potential looters or murderers.

However, the plot isn’t the only motivating factor in The Collapse. The sequence shot creates such tension that it’s basically impossible for the viewer to stop watching.

The Collapse: would it happen that way in real life?

The reason why viewers choose to binge-watch the entire series in one go is that they need to know how people are doing. And that’s when the fictional reality effect fully works. The Collapse is so realistic that it’s easy to think that that’s just how it would go. The problem is that this story tells of individualism and violence. Each character is forced to do totally immoral things, which they’d be opposed to doing if the circumstances were different.

That’s when you understand that The Collapse isn’t just another science-fiction series. In the end, the dystopia it proposes doesn’t sound that distant. In fact, it sounds strangely familiar. For example, political debates in which no one talks about the environment, and if they do, it’s just to criticize the other person’s ideas. A scientist who talks about stopping the catastrophe now in a radical way. And nobody listens to him, as it happens in real life.

Nobody wants to change their individual behavior. Governments do nothing to protect the citizens. They already have an alternative. The viewer knows all this, which is what produces the most fear. Some of the situations portrayed in The Collapse are so familiar that it’s difficult not to get a déjà vu feeling.

However, does this narrative transmitted through fear encourage citizens to change collectively and individually?

The ideas that made The Collapse come to be

Les Parasites is a collective founded by former students of the École Internationale de Création Audiovisuelle et de Réalisation (In English: The International Film School of Paris). To maintain its independence, Les Parasites is mainly financed with a Tipeee account. It produces short films and distributes them free of charge.

Thanks to this independence, it’s been able to carry out works such as Artificial Love or La Boucherie Éthique, the latter related to climate change and livestock, which spoke about the ecological problems that occur in the sector.

For a long time, this French producer, Les Parasites, has found interest in the issue of climate change and its consequences. In October 2018, they conducted a cross interview for YouTube between Pablo Servigne, one of the founders of collapsology, and astrophysicist Jacques Blamont.

For these committed directors, it’s time to stop turning a blind eye in the face of the climate threat. The latest episode of the series supposes fierce criticism of small-step politics and the brutal indifference that people seem to have when it comes to this issue.

The directors of The Collapse seem to shoot a story based on the Olduvai theory, which states that industrial civilization will collapse around 1930. From that point on, the episodes awaken a sense of unease in the viewer.

In the series, people seem to be more inclined towards mutual aid than other post-apocalyptic classics, such as Mad Max or The Road. But it isn’t a competition. The Collapse is already underway and our only option is to choose how to deal with it. If you’re in Spain, you can watch this series through the Filmin platform.

Merlí: A Very Different TV Series
In this article, we're going to tell you about a Spanish TV series called Merlí. It's about philosophy, but in a down-to-earth way. Give it a try! Read more »
Link copied!
Interesting Articles
Cinema, Television, and Psychology
How Can Shrek Help Us Understand Solitude?