The Neurobiology of Moral Sensitivity

According to psychologist Jonathan Haidt (2003), moral emotions differ from basic emotions (sadness, happiness, anger, fear, and surprise) in that they're intrinsically linked to the interests and well-being of society as a whole, as well that of each individual. 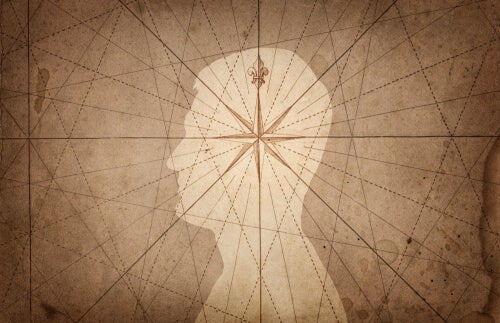 What’s the nature of morality? This debate has been the center of theorists’ arguments over decades. However, what about the neurobiology of moral sensitivity? Neurobiology, or neuroscience, is the scientific study of the nervous system. What have scientists discovered about where morals come from?

Currently, scientists consider certain skills, such as social sensitivity and cognition, to be central to the evolution of humanity. However, recently, new theories also emphasize the role of emotional and intuitive processes in the human decision-making process.

Research into neurobiology has been able to identify certain brain structures that are involved in producing basic emotions. However, the neural organization of more complex or secondary emotions (or moral emotions) is still unknown.

Certain fields of neuroscience have started to explore different types of moral emotions with neural imaging and electrophysiological techniques. In fact, one disciplinary field of study is affective neuroscience. Its goal is to classify emotions into basic mental operations and their corresponding neural mechanisms.

Thanks to research in these fields, emotions are defined as complex multi-factor phenomena that exercise a powerful influence over people’s behavior and thinking.

According to psychologist Jonathan Haidt (2003), moral emotions differ from basic emotions (sadness, happiness, anger, fear, and surprise) in that they’re intrinsically linked to the interests and well-being of society as a whole, as well that of each individual.

With that in mind, you could say that moral emotions come into play during interactions between individuals. They can also affect a person when they perceive something as a moral violation.

Haidt also comments that basic emotions, on the one hand, come from ideas. They can also come from imagination, memories, or perceptions of immediate personal relevance. On the other hand, moral emotions are complex emotions. They’re closely linked to the well-being and interests of society, as well as that of people.

Circumstances that extend outside one’s personal sphere can also evoke moral emotions. They’re essential for the promotion of unity when people are working as a group.

In his 2003 work, Haidt pointed out four main groups of moral emotions:

The neurobiology of moral sensitivity

Throughout the centuries, philosophical theories have adopted a logic and deduction-based approach to morality. Their objective has been to identify the universal principles that can guide human conduct.

Observable changes in the moral conduct of patients with cerebral problems have given researchers objective data about moral cognition. Thanks to that data, scientific discoveries about morality have helped us to better understand moral cognitive neuroscience.

In this context, investigators consider morality to be a collection of customs and values. Different cultural groups adopt these collections to guide their social conduct. Therefore, this perspective of morality doesn’t admit the existence of absolute moral values.

It may seem that the neural organization of complex or secondary emotions such as moral emotions is still unknown. According to published literature, it’s been proposed that moral phenomena come from the integration of the following areas of the brain:

To determine the basis of moral cognition, researchers use studies conducted in patients with acquired brain damage. This way, they’ve discovered that certain areas of the brain are responsible for moral conduct.

Authors Eslinger and Damasio (1985) have conducted extensive research into the neurobiology of moral sensitivity. In their research, they described certain deficiencies in moral conduct in patients with brain damage. The patients they studied acquired this brain damage during adulthood, which occurred in certain areas of the prefrontal cortex.

In addition to the prefrontal cortex, other regions of the brain also influence moral sensitivity and moral emotions. Certain structural changes in the anterior temporal lobe (both acquired and developing) can also impair moral behavior.

Neural circuit dysfunction involving the superior temporal sulcus (STS) region is a key area of the brain in social perception. It’s associated with difficulties in judgments of intentional action in people who suffer from autism, for example. This leads to a reduced feeling of pride and shame.

Moral and cognitive sensitivity has been fundamental in the evolution of human beings. The human brain contains a specialized network of neurons for moral processing that has yet to be fully investigated. It seems that much remains to be explored in the field of neurobiology and moral sensitivity.

The Neuroscience of Happiness
In recent years, several studies on the neuroscience of happiness have emerged. Learn all about this in our interesting article! Read more »
Link copied!
Interesting Articles
Brain
The Neurological Effects of Coronavirus: the Latest Discoveries

Brain
Why Do We Confuse Left and Right?