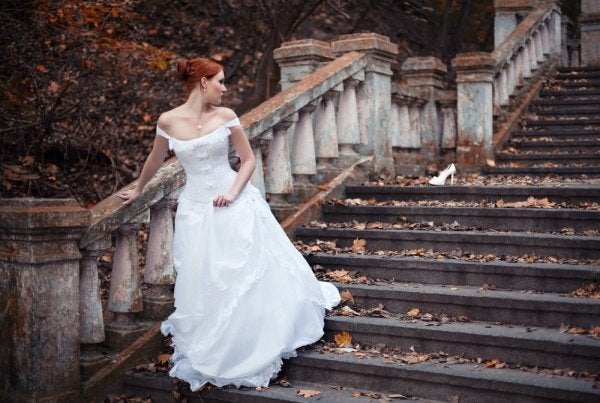 It could have borrowed its name from any fairytale princess. It’s a complex that originates during childhood and affects personal relationships in the future. If you have daughters, don’t miss out on reading this article as we discuss a tradition that has existed for many years and that you could be enabling without even knowing it.

Telling our daughters that they are princesses is never a bad thing, but what we need to be careful of is raising them to patiently wait for Prince Charming to come along just as he did in stories like Cinderella.

The idea of a handsome gentleman on a white horse who will come to rescue us with true love’s kiss (like in Snow White) or save us from our hard life trapped in the attic (like Cinderella) looks good in our heads, but never actually happens.

The Cinderella Complex was studied by researcher Colette Dowling who launched her book The Cinderella Complex: Women’s Hidden Fear of Independence. We could say that it talks about the unconscious desire of women to be constantly protected or taken care of while giving up their own interests or goals. This can be due to social or religious pressures. Dowling states that, in reality, this complex comes from the fear of being independent.

The name that Dowling gave her study couldn’t be more accurate. We all know the story of Cinderella: a young girl who is forced to spend her days taking care of her evil stepmother and stepsisters and isn’t allowed to go to the prince’s ball until her fairy godmother changes her into a princess.

Then, the newly transformed princess loses her glass slipper and the love-stricken prince goes house to house until he finds the owner of the slipper. According to this story, a woman should be innocent, beautiful and, of course, dependent on her spouse or “prince charming”.

In the story of Cinderella, her fairy godmother changes her into a princess and, because of this, her masculine savior meets her at the ball. So, as Dowling says, women can only change the course of their lives by entering into a relationship with a man. Unfortunately, quite the opposite happens, and she becomes a slave or servant instead.

It’s very likely that many women think of this as the need to be independent in everything they do while others don’t think it such a bad thing to have a man take charge in things like being the provider while the women stay home to clean and take care of the children.

Why is the Cinderella Complex negative?

For starters, this complex or mindset hinders a woman from developing her abilities beyond taking care of the home or raising her children. Times have changed to the point that many women no longer wish to get married and start a family, but rather focus on developing a strong, professional career.

After marriage, both men as well as women have the right to follow their own dreams and accomplish their personal goals. The Cinderella Complex states that this isn’t the case since the woman must stay at home while she is “protected” by her spouse.

A wife who is too dependent on her husband stifles both people. It is this “damsel in distress” complex that can seriously affect a marriage. Married life isn’t a fairytale. If a woman isn’t sure of herself and doesn’t make her own decisions, everything ends up falling apart for both people.

We all need affection, protection and to be “rescued” at some point in our lives. However, this can’t be the rule, but rather the exception. A hug that rescues us from a bad day is perfect, just as a kind word in a bad situation can also heal.

Finally, the Cinderella Complex is negative because it doesn’t allow women to achieve their personal goals. The complex changes these women into helpless individuals that need constant rescuing.

What happens when the “princess/woman” becomes single?

This is definitely something worth looking at. For example, we could say that when two people divorce, the wife realizes that she doesn’t have the necessary means to move forward in her life both emotionally as well as financially. Therefore, she chooses another man to maintain her fairytale and she becomes trapped in this vicious cycle.

How do we avoid the Cinderella Complex in our own families?

If you are a mother (or father) of young girls, instill in them the power of preparation. Teach them that it’s necessary to learn about certain things and have job experience before getting married or starting a family.

If you also have sons, teach them to help around the house so that the women aren’t always expected to be in charge of “feminine” chores that are stipulated by society.

Raise sons and daughters who are capable of achieving their goals and fulfilling their dreams so that they can aspire to enjoy a healthy and balanced relationship in the future. Moreover, never stop treating your children like princes or princesses.

Louise Hay's quotes speak of gratitude, love, and healing. They are a true gift for anyone who wants to reflect, learn,…

Psychology
Nobody Has the Right to Judge My Feelings

Nobody has the right to judge my feelings...especially when we have all at some point felt sad without tears or…

Romantic relationships are built with time, love and the proper management of many habits that begin to appear, day by…