Brief strategic therapy arose as an alternative to long therapies that don't yield results. Continue reading to find out more about it. 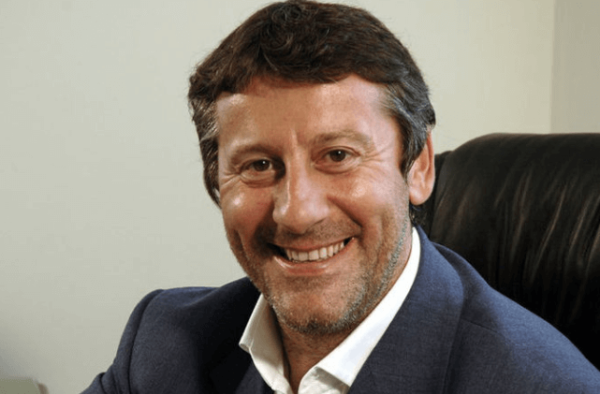 Giorgio Nardone conceived the brief strategic therapy as an alternative to long therapies that don’t achieve effective results in the short term. It focuses on the present, in the here and now. Furthermore, it’s an innovative psychotherapy model that seeks new solutions. Especially those that have yet to be applied. As you can see, it focuses on solutions rather than problems.

Brief strategic therapy arose in the Mental Research Institute in Palo Alto (MRI), one dedicated to the study of psychotherapy. Giorgio Nardone, an Italian psychologist, therapist, and member, developed it and is now internationally recognized. Also, the leading exponent of the researchers who continue to drive the evolution of the Palo Alto School.

Nardone is the author of numerous works that serve as theoretical and practical reference. Thus, his brief strategic therapy is a reference for psychotherapy work. Thus, many professionals conduct their psychotherapeutic interventions based on this modality of psychotherapy.

“All children should be taught to unconditionally accept, approve, admire, appreciate, forgive, trust, and ultimately, love their own person.”

Giorgio Nardone graduated from the Università degli Studi di Siena (UNISI), where he conducted a research project on clinical psychology and psychotherapy models. It was at this time that he became interested in the work produced by the group at the Mental Research Institute (MRI) in Palo Alto. So much so that he obtained a training grant to directly observe the clinical work taking place there. It happened under the supervision of Paul Watzlawick and John Weakland.

In 1985, he began his research project on the intervention of phobic and obsessive disorders. Thus, he began to develop innovative techniques for their treatment. These areas hadn’t been too explored by the traditional MRI model.

This was the first of several works he developed with Paul Watzlawick. From his research, Nardone began to develop brief strategic therapy based on the work of members of the MRI group.

Throughout his career, Nardone published numerous articles in specialized journals. Also, several books dedicated to the general public on this kind of therapy, which are now translated into more than five languages. Such was his success and involvement that, in 1987, he founded the Centro di Terapia Strategica of Arezzo along with Watzlawick. This is a place of reference in the study of psychotherapy in Europe.

… focuses on the here and now

This type of therapy uses the past only to find out what didn’t work and take it as a reference for the present. This is the actual goal of the intervention. In this regard, the therapist focuses on the here and now and on what’s happening at any given moment.

… is about circular causality in a given situation

Every person is within a system along with other people and they’re in a continuous process of influence. Once this circular process triggers there’s neither a beginning nor an end but a system of reciprocal influences.

Likewise, each person’s behavior has repercussions on others and vice versa. Hence, it’s “circular”.

The therapist carries out an analysis of the solutions attempted by their patient, specifically those that didn’t work in the past. Watzlawick’s theoretical basis analyzes these dysfunctional attempted solutions. In fact, he states that solutions that fail to solve a problem maintain it.

Therefore, the goal of brief strategic therapy is to locate the solutions that don’t work as a way to find alternatives and new solutions that help eliminate the problem.

… lasts a short period of time

The basic for this concept is that the treatment doesn’t have to be long even if the problem arose a long time ago. Instead, it must brief, as per the name, and maintain its focus on solutions.

In short, psychopathologies can be persistent or generate discomfort for many years. However, it doesn’t mean that therapy has to be long and complicated. The number of sessions varies between one and 40 and the average is between six and 20 sessions. Hence, it’s “brief”.

It’s the individual who must discover their own resources and strategies. Thus, the therapist is only there to help them find them. As you can see, the idea of a passive patient and an active therapist leading the session doesn’t apply here.

The therapist uses passive strategic communication to get to the point required in therapy. This is so the patient finds the alternatives to change on their own.

This kind of therapy is mainly applied to eating disorders, sexual disorders such as erectile dysfunction, premature ejaculation, arousal, and mood, anxiety, and relational problems in families and couples.

There’s scientific evidence that demonstrates the high effectiveness of brief strategic therapy. This is because of its empirical and scientifical validation (Nardone, 2015; Pietrabissa, Gibson, 2015; Nardone, Salvini, 2014; Castelnuovo et. al. 2011; Watzlawick, 2007).

5 Giorgio Nardone Quotes About Relationships
Giorgio Nardone is considered one of the fathers of brief strategic therapy. This psychotherapist has written a number of books Read more »
Link copied!
Interesting Articles
Therapies
Description and History of Systemic Therapy

Therapies
Humor as Therapy Against Stress

Humor is a natural therapy against stress. When you have a light heart, then the big problems don't seem as…

People say that there's a child inside all of us. Every single adult in the world was obviously a child…