Existential Psychotherapy: Nothing's Real Until You Experience It 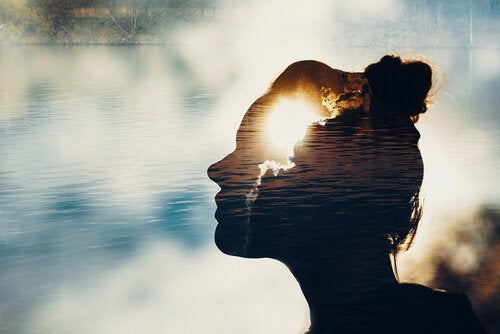 Sören Kierkegaard, the father of existentialism, said: “Life is not a problem to be solved, but a reality to be experienced.” Existentialism is interested in the truth of the individual and what he really is and desires. Existential psychology goes hand in hand with existential philosophy, born in Europe before World War II.  A little after that, it reached the United States where well-known psychologists such as Allport, Rogers, Fromm, and Maslow referred to it explicitly. On the other hand, existential psychology was a great influence on humanistic psychology, so much so that it took some procedures and fundamental aspects from it.

The existential analysis is part of the so-called humanistic-existential models. The apparition of these models in the North American context in the 60’s is the result of multiple influences. Firstly, its evolution must be seen in the light of its social and cultural repercussion in the North American scene, to then be able to be seen in the light of the European one. In this regard, it also has been developed outside of academic psychology.

Even though existentialism is considered the third force against behaviorism and psychoanalysis, it lacks a paradigmatic vocation. Nowadays, humanistic-existential models are considered a set of therapeutical procedures, mostly separated from the main academic schools of thought.

Thus, the main antecedents of these models are existentialism and phenomenology. Franz Betano’s thoughts founded phenomenology. Betano focused on experience, on the active nature of the psyche, and on the intentional nature of every psychological act. Betano was a great influence on phenomenology’s main representative: Edmund Husserl.

For Husserl, the immediate experience of the act is the reveal of the real nature of things. For that, it’s necessary to take the “epoché” or phenomenological attitude. This means we must observe the phenomenon in its purest form, with neither prejudices nor beliefs established a priori (before the experience).

Its main focus is the existential project. According to J. P. Sartre, existence precedes essence. This means that human beings don’t come including a man to develop, they have to find him by themselves. Sartre considers the man as a radically free and indetermined being, although limited by his factuality because, without it, you couldn’t understand him. In conclusion, the existential project self-determines human beings.

“Man is nothing else but what he makes of himself. Such is the first principle of existentialism.”

This quote from Ortega and Gasset could express the main focus of existential analysis: to live, you always have to do something (even if it’s just breathing). The objective of existential psychotherapy is to analyze the structure of what we do in life. Biswanger called that structure “Dasein”. On the other hand, Sartre called it an existential project. L. Martín-Santos cultivated this tradition in Spain in 1964. In addition, M. Villegas is doing so currently.

Villegas defined existential psychotherapy as “a method of interpersonal relationship and psychological analysis”. Its purpose is to provoke enough self-knowledge and autonomy to freely assume and develop one’s existence.

Existential psychotherapy clarifies and understands the values, meanings, and beliefs the individual has applied (as strategies) in order to understand the world. It evidences the assumptions regarding our way of living since we’ve started to doubt our own existence.

From the psychotherapeutic point of view, the most relevant feature of humanistic-existential models is the importance it gives to the immediate experience as the primary phenomenon. This implies that both the theoretical explanations and the manifest behavior are subordinated to the experience itself and the meaning that the person gives it.

The emphasis these models place on the volitional, creative, and evaluative aspects of human behavior is quite characteristic of them. It’s difficult to talk about basic concepts beyond these general features.

For this, we should refer to the specific theories in which they make sense. These theories are existential analysis, the person-centered approach, the Gestalt approach, transactional analysis, psychodrama, and bioenergetics.

As we’ve mentioned, the main notion of existential psychotherapy is the existential project. The purpose of this psychotherapy is to analyze said project and modify it. Psychotherapy doesn’t intend to change the external, physical, or social reality, but the person and their perception of things. This is because it’s radically assumed that that is the only thing that depends on itself, where there’s a greater capacity for control.

“Life has no meaning a priori … It is up to you to give it a meaning, and value is nothing but the meaning that you choose.”

Its goal is to retrieve the individual for his self-possession and self-determination. This implies making him face himself at some point.

Frequently, the individual finds himself lost or alienated while attempting to solve the problems that his radical transcendence presents. The purpose of analyzing the structures of his world is to discover the ways and points of alienation because that’s the only way his freedom could be restored completely, apart from getting an alternative reconstruction of his experience. According to existential psychotherapy, nothing’s real until the individual experiences it.

In conclusion, it’s not easy to give a clear explanation of what existential psychotherapy is, but we could say it tries to promote a personal analysis that encourages the possibility to choose and build individual schemes in life. In addition, it pretends to diversify and fortify the individual’s daily life using a philosophical approach.

The 9 Most Famous Psychologists in History
They are the founders of great psychological schools. Thinkers who have made fundamental scientific contributions and who have played a large role in the development of human thought and knowledge. We are talking about the 9 most famous and important psychologists in the history of this discipline. Read more »
Link copied!
Interesting Articles
Psychology
Being Young At 90 or Old At 18

Psychology
I Can’t Do It!: The Fear of Failure

Psychology
Explore Your Dark Side to Regain Control of Yourself