The Best Revenge Is No Revenge: Move On and Be Happy 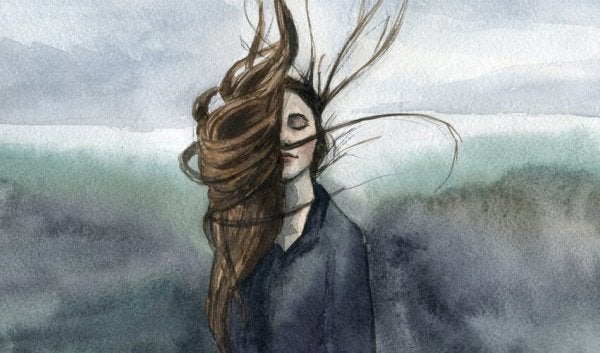 The best revenge is no revenge. The best revenge is to smile at hatred. To stifle your anger and show them that you can be happy. Because there’s no better strategy than to act calmly and wisely moving forward, with a firm gaze and a peaceful heart, knowing that you do not need to carry that burden.

Confucius wisely said that before you embark on a journey of revenge, dig two graves. One for you and one for your adversary. But unfortunately, revenge still seems “attractive”.

“To err is human to forgive divine”.
-Alexander Pope-

We used that word, attraction, for a reason. It’s a human behavior, we know that. In fact, something that writers and film producers know well is that revenge fascinates us. We hear that revenge is like medicine: it helps in small doses, but if consumed in high quantities it can kill us.

Edmond Dantès, the Count of Monte Cristo, is a great literary example. He taught us that the best revenge is served cold, unhurried and perfectly calculated. Agatha Christie, meanwhile, brought us into a complex, equally violent plot in “And Then There Were None” to teach us that evil should be properly avenged.

Revenge attracts us and sometimes we even justify it. However, what are the psychological processes behind it?

Most of us at some point in our lives have felt so aggrieved, hurt and offended that the shadow of that bitter, but almost always tempting, figure has gone through our minds: revenge. Our moral compasses deviate a few degrees and we imagine ways we can give them a taste of their own medicine.

Something that should be clear from the beginning and that psychologist Gordon E. Finley — a great expert in criminal behavior — reminds us of, is that revenge has little to do with morality.

Revenge is an impulse; it is the catharsis of rage and hatred. For example, University of Zurich professor Ernst Fehr’s studies have revealed that more than 40% of the decisions that are carried out in the business world have “revenge” on a competitor as their sole objective.

The same thing happens with criminal acts. More than half of them are committed because of accumulated rancor toward someone and by an express desire to carry out revenge. It forces us to assume that good revenge does not exist.

The best revenge is no revenge

It would be easy to say that the best revenge is no revenge because that’s what moral and common sense dictates. Because that’s what the religious, spiritual and philosophical leaders tell us. But now let’s look at it from a purely psychological standpoint.

For example, have you ever wondered what the profile is for people who are very vengeful? Let’s look at it below.

As we see from this psychological and emotional framework, revenge or the desire for revenge has no good side. This impulse, this need, eats you up and does away with good judgment. It completely throws away your chance to become a better person and enjoy your life.

We may be attracted to Edmond Dantès’ kind of comic justice. However, underneath it is nothing but suffering and loneliness. We stick by our conclusion: the best revenge is no revenge. In fact, moving on and showing people that you’re happy is the best revenge of all.

Revenge Makes the Whole World Blind
there would be enough ears that were ready to listen to and understand his message. His warning about revenge is easy to understand, but difficult to apply. Read more »
Link copied!
Interesting Articles
Wellness
I've Cried Enough Tears for Whales to Swim in

Crying is an involuntary action that doesn't need to actually happen in order to be felt. Tears are the physical representation of…

Wellness
Kindness is Good for the Brain

Kindness is not easy to define. The word is related to empathy and solidarity, but it isn't limited to those…

Wellness
Do You Know What to Do to Change Your Life?