3 Spiritual Leaders with a Great Influence 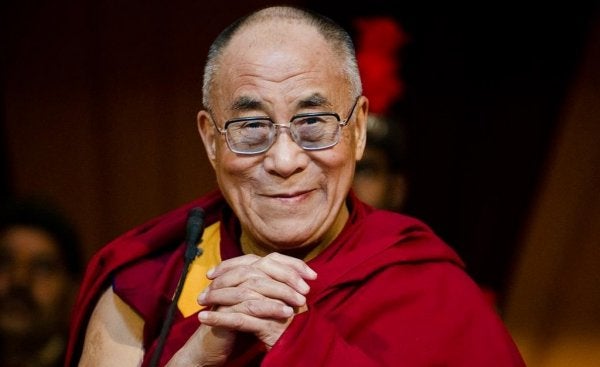 We live in somewhat barren times, in which the great spiritual leaders seem to have disappeared. There were times in which enlightened people were a point of reference for others to find light to guide them on their way. Their presence and words had great relevance. People listened to and admired them.

Who are today’s spiritual leaders?

These days, instead of spiritual leaders, what we have are popular figures from the world of entertainment. Many people look to models, football players,  TV characters, or social networks for their inspiration. These influential people set the guidelines and trends, and there are many people who follow them. The content of what they say doesn’t matter so much – this comes second. The important thing is the window dressing.

“If a problem can be fixed, if something can be done about a situation, then there is no need to worry. If it is not correctable, then it doesn’t help us to worry about it. There is no benefit in worrying. “

Despite this, there are still some figures, almost all of religious origin, who still have the power to influence the consciences of many. It is not only their position or authority that makes them spiritual leaders. They also provide a lucid look at the contemporary world. They are admired and respected, even by those who do not share their beliefs. Here are three.

The Dalai Lama became the symbol of the peaceful resistance of the Tibetans. For his people, this man is the fourteenth reincarnation of the Dalai Lama and, therefore, the spiritual leader of his community. He has lived in exile almost all of his life, since 1950 when China first occupied Tibet.

As a refugee he proposed a policy he called “the intermediate way”. Its central message is non violence and reconciliation. In it he demands independence for the people and is willing to do whatever is necessary to achieve it, but always through dialogue.

He won the Nobel Peace Prize in 1989. His greatest achievement is to keep Tibet’s independence as current and valid. He has always been consistent and coherent in his dialogue and communication, even in the most difficult moments of conflict.

Mario Bergolio is the Supreme Pontiff of the Catholic Church. However, unlike many of his predecessors, right from the first day of his “reign” he has maintained a critical attitude towards his own church. In fact, he chose the name “Francisco” to honor San Francisco of Assisi and, in doing so, poverty.

Francisco has rejected several of his privileges as Pope. He lives in the Vatican, in the same residence as other religious people. He has consistently refused to use symbols of wealth or enjoy special privileges.

The most interesting thing about his thinking is the great openings it creates. His approaches to atheism, women, divorce, and homosexuality have made him a target of criticism within the most conservative sectors. He is becoming one of the most important spiritual leaders in the world.

Deepak Chopra is a Hindu doctor and writer who has written several of the most widely read books in the world during the last few decades. His central theme is the power of the mind in medical healing. His thinking has a considerable religious influence, but, as he himself says, quantum physics is also extremely important to him.

His tenets are based on Ayurvedic Medicine, and, using this, he has managed to introduce new paradigms into the medical sciences. His ideas are followed by millions of people in the world. He has also caused considerable controversy, due to an apparent lack of scientific basis in his arguments.

Chopra has become one of the most influential spiritual leaders because of the fact that his proposals call for a change in life. His ideas about meditation and the connection of energy with the universe resound deeply with his followers. Love also occupies a fundamental place in his thinking.

The world needs more spiritual leaders and less “influencers”. The former are the fruits of wisdom, lucidity and kindness. The latter are a product of the market, whose main purpose is to generate profits. We live in confused times, where the great paradigms have fallen and everyone seems to be left to their own devices. That is why figures like these contribute greatly to the spiritual search that we all, to some extent, are involved in.

11 Signs You’re Experiencing a Spiritual Awakening
In surroundings dominated by consumerism, egocentrism, and posing, it may seem absurd to talk about “spiritual awakening.” Read more »
Link copied!
Interesting Articles
Psychology
3 Painful Truths About Life That We Forget Much Too Soon

Psychology
Per Scientific Experiments, 5 Ways to Manipulate Your Mind

The human mind never ceases to amaze. Scientists have spent years and years studying it, but we're still so far…

Psychology
5 Things You Can Do to Make Better Decisions

It doesn't matter how well you think you make decisions, because you have probably made a couple of bad ones in your…

Strong is not someone with huge muscles. True strength resides in the soul of someone who faces adversity and does…

When injustice and adversity crash into good people, life loses its rhythm and logic. But what good-hearted people will never lose…

Self-esteem is a very important factor if you want to maintain your well being. What’s more, self-esteem will be vital…