Systems Psychology: What Is it All About?

Systems psychology emphasizes the properties of the whole that result from the interaction of different systemic elements. In other words, for this approach, the most important object of study is the interaction between people. 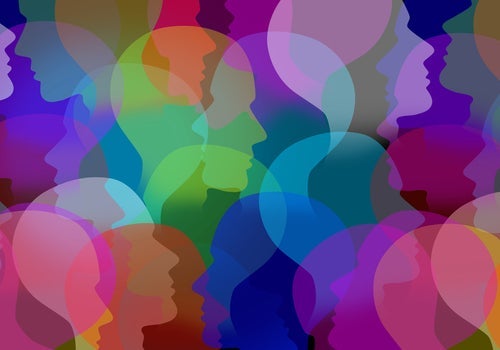 Systems psychology emphasizes the phenomena of relationships and communication in groups. It analyzes the relationships and the components that emerge from them. This school of thought considers individuals to be interrelated among each other in different collectives they call “systems”. Thus, each group or collective people relate to a different system. This applies whether it’s a family, work, or romantic group, as well as any other type.

In effect, this type of psychology bases itself on the context. It takes the different areas in which people move into account. It considers the manner in which each individual relates to their environment as a decisive factor in their development and personal growth. That’s why experts can use systems psychology to solve problems in a range of groups. It can work for couples, work teams, and families, as well as individuals.

In the rest of this article, we’ll be considering how this school of thought came about and what it’s really about. In other words, we’ll be telling you about its principles.

Systems psychology is a school of psychology based on general systems psychology as defined by Bertalanffy. This thinker began to develop these ideas during the second half of the 20th century. Bertalanffy stressed the importance of the concept of interaction in his theory. He asserted that a system involved interdependence among the parties or people taking part in the relationship. It’s worth noting that the concept of the “system” parts ways with the general systems theory.

Likewise, the origins of systems therapy lie with anthropologist Gregory Bateson and his team. They worked in Palo Alto, California. Bateson worked with other researchers such as Jackson, Haley, and Weakland. They focused on analyzing the communication system of schizophrenic families.

The double bind theory emerged from Bateson’s research. This theory contributed to the foundations of systems psychology. In this context, you can see a double bind as a communicative dilemma. That’s because there are two or more messages coming through that contradict each other.

The beginnings of systems psychology

Below, we name the basic relevant aspects of systems psychology:

The system as a whole

In this school of psychology, experts consider the system to be a whole. That’s because the whole is more than the sum of its parts. As such, systems psychology emphasizes the properties of the whole that result from the interaction of different system elements. The important thing, then, are the relationships that arise from interactions among people.

The various systems (family, friends, partners, workmates…) relate to each other within a contextual framework. Within this framework, peoples’ roles and behaviors are determined by the system’s tactical rules. The interaction among the members also plays a role. Systems psychology analyzes and pays special attention to those roles and behaviors.

Systems psychologists see things from a circular and multicausal perspective. As such, the field can’t establish linear markers where events have only a single cause. On the contrary, there are various determinant causal factors. Every action and reaction changes continuously depending on the nature of the context. For example, the members of a family may react to the same event in different ways. This can modify the final situation, which turns out to be a combination of all of the various reactions that come up.

Along these lines, Paul Watzlawick was a pioneer in distinguishing this circular causality of events to explain possible repetitive patterns in interactions among people. Specifically, a circular vision of problems is marked by how an individual can influence actions. In other words, how they can influence the actions of others as well as how the actions of others influence the individual.

Communication is a key factor

As we mentioned above, Watzlawick was one of the greatest proponents of systems psychology. He became a major player in this field when he introduced his communication theory. Experts consider this a key factor in the therapeutic process. For systems therapy, communication is an important topic to study and work on.

Every system possesses certain rules that the systems therapist has to get to know. Only then will they be able to work against them if they’re not appropriate. The way in which we communicate, according to this school of thought, determines whether a problem remains or lessens in intensity.

In conclusion, systems psychology offers a different perspective on problems and difficulties. Within this perspective, relationships are more significant than individuals as a focus of the therapy. Different studies have been giving way to different branches and schools within systems therapy.

Persuasive Communication: The Power of Intent
Persuasive communication isn't just about manipulation. You can use it to start big projects and combat harmful ideas too. Read more about it here. Read more »