The 6 Best Movies for Personal Growth 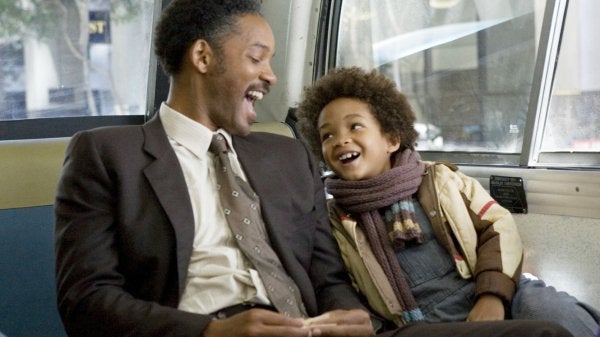 Movies tell all kinds of stories and spread amazing messages. Films can help us in different aspects of our lives, including personal growth. The movies we’re going to be showing you in this article are valid examples of how films can portray good personal development, both personally and professionally.

In addition, you could never go wrong with a movie marathon with all your friends and family. Take this opportunity to discover interesting films and share common interests.

1. The Pursuit of Happyness

This is a great movie for personal growth starring Will Smith. It tells the story of Chris Gardner. Smith’s role in this movie made him receive an Academy Award nomination for Best Actor. In the movie, Chris Gardner is a divorced father who tries to get a better life for himself and his son.

Both of them will face a series of obstacles while searching for happiness and also trying to fulfill their dreams of a better life. In this story, we can see how a man faces his daily life in a continuous fight for success. A fun fact is that this movie is based on real-life events.

This movie is also based on real-life events. It’s set in the moments when Nelson Mandela was released from jail and became president of South Africa. After that, the newly appointed president motivates the national rugby team to win the Rugby World Cup in 1995. His goal was to unite the black and white populations in the country to avoid a serious social conflict that could lead to a civil war.

This film, starring Morgan Freeman and Matt Damon, tells a tough but beautiful story about the personal growth of a team in a troubled country and their struggle to achieve victory. By the way, if you’re not a fan of rugby and don’t know the results of that cup, it’s best for you to watch the movie before researching about it.

This film is another excellent example of a great movie for personal growth. It tells the story of Will Hunting (Matt Damon), a young rebel and troublemaker who’s really talented at mathematics and physics. Despite his teacher’s efforts to motivate him to strive for a better life, he’s his biggest obstacle.

This amazing film focuses on the conflicting environment of World War II. A Jewish father and son are sent to a concentration camp. In the camp, the father tries to maintain a positive attitude and convince his son that nothing around them is actually real and that they’re just participating in a contest.

Roberto Benigni, the lead actor and director of the film, tries to protect his son from the horrors and barbarities of what used to be Nazi Germany. A very interesting fact about this movie is that it’s based on the story of Benigni’s father, who spent three years in a concentration camp.

One of the most famous movies for personal growth is Forrest Gump. It tells the story of Forrest Gump (Tom Hanks), a man with a slight mental impairment who also has an amazing personality and an enviable vitality.

The film tells the life story of the main character during a very significant time in the history of the United States, including the Vietnam War. It mixes this character with some famous historical figures in a funny and curious way.

The last movie for personal growth we’re going to show you is the story of John Forbes Nash Jr., an eccentric math genius who also suffers from schizophrenia. The protagonist deals with this disease while developing a mathematical theory that revolutionizes many fields of science.

What’s truly magical about this film is the perspective it offers regarding Nash’s disease. It shows just how important the patient’s willingness to face their symptoms and hallucinations really is. In order to do that, Nash has to learn to trust the people he loves. He realizes that if others can hear or see the same things, then they must be real.

Nash’s character, who’s interpreted by Russell Crowe, confronts his demons with the help of his friends and his wife. He ends up winning the Nobel Prize in 1994. This film tells the story of not only a brilliant mathematician, but of a man who is able to overcome the main obstacles in his life.

Personal Growth to Strengthen Your Self-Esteem
you're capable of doing all depend on your self-esteem. Self-esteem has little to do with talent or abilities, but it is the cornerstone of personal growth. Read more »

January 22nd was the 10 year anniversary of actor Heath Ledger's death. He died young, at age 28, but left…