Although empathy deficit disorder isn't clearly evident, you can feel it, as it distorts relationships and impoverishes your human quality. Many experts consider it a psychological disorder. Continue reading to find out more about it! 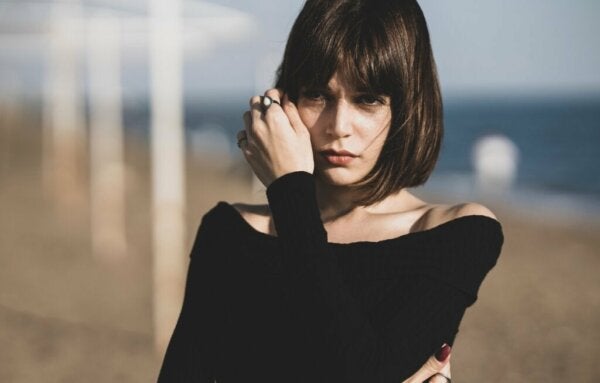 The symptoms of empathy deficit disorder (EDD) describe a rather particular type of person. This is someone unable to put themselves in other people’s shoes because they can’t step away from their own psychological boundaries. Furthermore, they can’t connect with the realities of others and often disregard them. These people are in constant conflict with others and, thus, can’t attain satisfactory social interactions.

You probably think that these people are narcissists. Surprisingly, lack of empathy is the disembodiment that inhabits a large number of people that have no need for it. You may actually be living with someone with these traits and not even be aware of it.

For example, it could be a partner who can’t understand another and only prioritizes their own needs. Also, it may be that friend who’s always angry because you don’t see things their way. Then, there’s also the possibility that you’re the one who lacks empathy. It doesn’t hurt you, so you may not even notice because it isn’t a stain on a garment you can easily spot and remove.

Being empathetic is a human capacity that not only improves social relationships but also mediates well-being. Thus, it might be time to consider if you might be neglecting this healthy exercise.

What are the symptoms of empathy deficit disorder (EDD)?

In this article, he explains an idea he’s been considering throughout decades of experience in the field of psychological therapy and as a researcher of human development. People are increasingly displaying a severe lack of empathy. This is a clear and evident psychological condition the world may be overlooking.

This ability to project yourself into others, understand their world, connect with their emotions, and react accordingly is quite rare in this era. The cause isn’t due to the aforementioned narcissism or autism spectrum disorder or borderline personality disorder. In fact, you don’t need to have a mental condition in order to lack empathy.

Often, the desire to be self-sufficient, independent, or climb up the social ladder place you on the edge of a cold abyss. Continue reading to discover the symptoms of empathy deficit disorder.

Other people’s emotions make you uncomfortable

For instance, if your partner is sad, you might think “they just want attention”. Similarly, if they seem upset or angry, it’s easy to dismiss it by thinking “their problems are their own business, they’ll deal with it”. In other words, there’s often a shield behind the lack of empathy. These people don’t want to understand others because it disturbs them somehow.

An excessive focus on your goals and needs

As striking as it may seem, the lack of empathy is often common in those who are most focused on their personal development. It’s also common in those who are obsessed with self-help. The need to be independent, strong, confident, and assertive motivates them to obsessively focus on themselves and only they matter. Your problems are yours, they have theirs. In other words, they have goals to accomplish and that’s the most important thing.

You must remember that this quest for absolute self-sufficiency often seems antagonistic. Empathy develops when people become aware that all humans are interconnected. That people around you are as important as you are.

They’re related in a utilitarian way

Utilitarianism is about using and throwing away and being only interested in activities that can benefit you or worrying exclusively about what concerns only you. This is another characteristic of this disorder. As you can imagine, something like this defines their relationships by the liquidity that Zygmunt Bauman spoke about. That is to say, they have rather fragile bonds with their partners and friends because they move around momentary needs and interests.

The same goes for their values and social or ecological concerns. These are the people who claim that climate change doesn’t interest them because what happens to the planet in the future is none of their business because they’ll already be dead.

Empathy-deficit disorder and the swiftness of judgment and criticism

Often times, people neglect the prodigious function of empathy. It’s the gear that allows humans to be cautious about making light-hearted judgments. An empathetic person knows they must make an effort to understand, get out of one’s self, and connect with others and their feelings and needs before letting prejudice take over.

Similarly, someone with an empathy deficit disorder is quick to be critical. They’re voracious at labeling, prejudging, and reprimanding. Such people often view the world with great frustration. This is because everything gets out of tune when one isn’t able to process reality through the filter of emotions and empathy. That is, the world is against them and doesn’t deserve their trust.

To conclude, try to become aware of one thing before being this kind of person: you may be the problem.

5 Signs of Lack of Empathy
A lack of empathy can be a huge obstacle when it comes to maintaining harmonious relationships with others, but also with oneself. Read more »
Link copied!
Interesting Articles
Personality Psychology
Relational Styles - Tell Me What You Boast Of