Instrumental empathy is very common in narcissistic and psychopathic people. These people can sense the emotions of others, but they choose to use them for their own benefit. 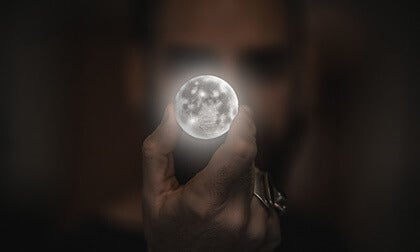 Instrumental empathy is a trait that’s often characteristic of narcissistic or psychopathic people. These people are able to identify and read the emotions of others better than you realize. Once they know how the people around them are feeling, they take advantage of this connection to manipulate them and fulfill their own objectives. They manage to do all of this without feeling even a shred of remorse.

A study published in the scientific journal Brain, by doctors Harma Meffert and Valeria Gazzola, brought to light the “mirror system”. This is the ability to tune into the emotions of others using “mirror neurons”. These neurons are present even in people who are considered “psychopaths” and who are convicted criminals.

However, this empathy is usually brief, deliberately timed, and has a specific purpose. In reality, it’s not empathy at all. If they appear to be empathetic towards someone who’s suffering, it’s rarely because they’re able to truly identify with their emotions. In short, the only thing they desire is to manipulate others.

“He who fights with monsters should look to it that he himself does not become a monster.”

Instrumental empathy: I feel your pain, but I don’t care

Cognitive neuroscience experts have discovered a great deal about human behavior. One thing they found is that showing empathy involves many parts of the brain. A person needs several skills to connect with and understand the emotions of others, to understand how they think, and to put themselves in someone else’s shoes.

Experts in this field, such as doctor and primatologist Frans de Waal, have found that empathy manifests differently in different people. In other words, some people (and even primates) can understand the emotions of those around them and want to help them. On the other hand, others can identify those emotions, but choose not to do anything in response. They don’t feel the need to help.

However, those aren’t the only types of people. A third type also use instrumental empathy; those who are aware of other’s emotions and use them for their own benefit. While they do act, their only intention is to manipulate others and cause them harm. They manage this without having a guilty conscience or feeling any remorse.

People who use instrumental empathy are often extremely charming. Their goal is to convince the people around them that they really care for them. They convince others that their empathy is real and that their actions are noble.

However, these people have a goal. This behavior is, as we mentioned above, very common not only in psychopathic and narcissistic people but also in people who are selfish and egotistical. Here are some of their other characteristics:

What can you do when someone doesn’t emotionally empathize with you?

A study conducted in 2011 and published in the Journal of Personality and Social Psychology revealed that narcissistic people are often aware that other people don’t see them in a positive way. They’re aware that others distrust them. However, they don’t care or see any reason why they should change their behavior.

These people not only lack the ability to emotionally connect with others but they also don’t care if they harm others or if others seem them in a negative light. They’re often quite neurotic people who suffer from several psychological disorders. Therefore, they’ll rarely look for or accept professional help in order to change their behavior.

Randall Salekin, an expert in personalities from the University of Alabama, is currently carrying out programs to “mentally remodel” people with these issues. These programs have quite an ambitious goal: to activate true emotional empathy.

If you do ever come across someone who uses instrumental empathy, the best option is to keep your distance from them. You can protect your emotions by creating a safe personal barrier.

Your Brain Has an Autopilot Mode: The Default Mode Network
It's disconcerting to think that your brain has a life independent of your conscious mind? Unsettling or not, it's true. This is the default mode network. Read more »
Link copied!
Interesting Articles
Culture
David Healy and Big Pharma

Culture
Dendrites: The Start of a Neuroscientific Revolution

For many years, neuroscience has used different tools to try to 'listen' to the conversations between neurons. Just as linguists try to decipher…