When Narcissists Think They Know More than Experts

In these current difficult times, the last thing we need are narcissists who question all the information and facts by imposing their intellectual and moral superiority. What will help us most right now is union and harmony, not selfishness. 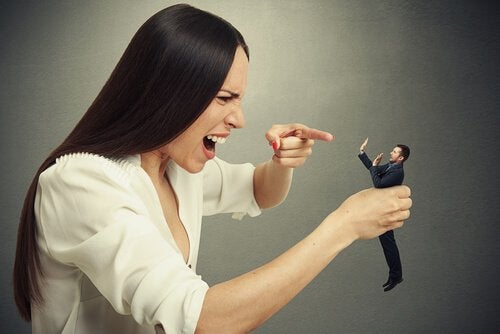 There’s something that never changes: narcissists think they know more than experts. We’re seeing this phenomenon a lot more these days, as so many of them suddenly seem to be experts in almost any science you can possibly imagine: medicine, nursing, virology, politics, economy, and geostrategy.

Narcissists are people that you can’t debate with, without them trying to show that they’re superior to you and declaring as gospel truth all the hypotheses that share with you. Theories that, of course, won’t have any holes at all!

Alfred Adler, the founder of individual psychology, studied this personality type very carefully. Dr. Heinz Ludwig Ansbacher, a famous Austrian psychotherapist, carried out some research in which he warned that narcissists represented the most negative side of society. Far from promoting the advancement of humanity, they hinder it with their clear egocentrism.

If we look at the current situation we’re living in, we can see how uninformed figures continue to make out that they know the truth. However, far from making constructive proposals, they only spend their time criticizing. Whenever they’re faced with evidence, they don’t waste any time in distorting it, thus feeding arguments, mistrust, and even fear.

In difficult times, we need, above all, people capable of achieving alliances and agreement, so that ideas and mutual aid can flow.

When narcissists think they know more than experts: why do they behave that way?

When narcissists think they know more than experts, there are only disagreements. If people’s egos dominate every conversation, every situation, and every daily interaction, then the only thing we’ll experience is exhaustion.

We’re seeing this more than ever in the current situation. On social networks, some people continually question just about anything they hear, even if the sources are widely researched and reliable.

Of course, there’s no doubt that we should have a critical mind and not just believe everything we hear. However, there comes a time when the light almost disappears in the fog.

Those who think they know everything rebut this information without providing any sort of useful and constructive suggestions of their own. Tearing down and criticizing just for sake of it isn’t of any use at all in these difficult times. All it does is to further fuel uncertainty and unrest.

Let’s not forget, either, those who have to live with narcissists and hear their views day after day.

It’s important to remember that this characteristic is part of a spectrum. Thus, there will be those who’ll only show lesser forms of narcissism and those who show a clear narcissistic personality disorder.

Living with a person in the latter category is extremely difficult and emotionally exhausting. This is made even worse by the current situation of home confinement and the worldwide coronavirus crisis, which will exacerbate any psychological problem or personality trait.

When narcissists think they know more than experts, what they’re showing is their own need to appear intellectually superior to them. In their attempt to appear more resourceful, intelligent, and wise in any scientific area, they crave, above all, to subjugate others.

They want to make us believe that the world is divided into two parts. On one side, there are those who know nothing, while others seem to know everything.

Why do they act this way? Alfred Adler, who continued Sigmund Freud’s studies on the narcissistic personality, pointed out something important at the time. The narcissist, behind their superiority complex, actually has a clear inferiority complex.

It’s very interesting to note that these people actually have very low self-esteem. This low self-concept actually drives them towards behavior in which they’ll feel protected. In order to hide their low self-esteem, they employ exaggeration, grandiosity, and criticism in order to position themselves above everyone else.

We mustn’t forget one very important thing. The superiority complex is the worst type of defense mechanism. Why? Because, quite simply, it’s always harmful.

The power of intellectual humility

Narcissists think they know more than experts. This has always been so and will always be so. Far from helping and shining a light in the difficult times, they make the chasm bigger and the atmosphere cooler. Any company or organization with a narcissistic leader knows this well – they’re no more liked than they are useful.

In the 80s and 90s, there were many highly managerial, individualistic, and even aggressive bosses who managed their companies with vertical approaches. However, now the panorama has changed.

In the most difficult situations, the winners are those who know how to create a team. They’re the ones who contribute ideas and don’t tear down other people’s opinions. In these difficult times worldwide, people need to feel united. If, however, there are voices that feed discord by their criticism, then this will only bring discomfort.

We must be clear about this: the winners are the ones who possess a correct intellectual humility, and those who are able to listen, appreciate other perspectives, and suggest proposals. We need brilliant and humble personalities, gifted in turn with emotional intelligence.

Society today has no room for narcissists. Yes, we know we’re obliged to live with them. However, let’s do all we can to avoid empowering them. It’s time to stop feeding discord and to unite.