Symptoms of Alice in Wonderland Syndrome

Alice in Wonderland syndrome anchors people in an unrealistic, childish and, naive world where everything is great and there are no obstacles or challenges. Thinking this way is dangerous because they'll be truly frustrated when they finally perceive reality as it is. 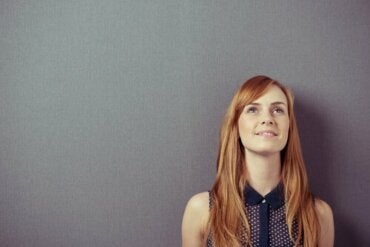 Alice in Wonderland syndrome happens when a person’s reality is complex and painful. This is because they try to shield themselves somehow. This kind of protection from what’s happening around them may be truly helpful at first. Unfortunately, it may also keep them away from authenticity.

People have the ability of thinking. This talent is a highly valuable resource when used properly. In fact, it’s kept humans alive for many, many centuries.

Thinking helps you evolve and progress; it allows you to investigate, discover, and perform wonderful deeds. The problem begins when you don’t use it effectively and adopt a biased way of thinking that prevents your growth.

Freud spoke of defense mechanisms as unconscious psychological strategies to face reality and to be able to maintain one’s self-image. They can be functional when used in moderation. However, permanently integrating them would be harmful.

“It seems very pretty,’ she said when she had finished it, ‘but it’s RATHER hard to understand!’ (You see she didn’t like to confess, even to herself, that she couldn’t make it out at all.) ‘Somehow it seemed to fill my head with ideas – only I don’t know exactly what they are! However, SOMEBODY killed SOMETHING: that’s clear, at any rate”.

Some would consider this syndrome a cognitive mistake. This is because people afflicted by it live in their own little bubble and everything is perfect there. That is, they inhabit Wonderland and will continue to do so for a while. It’s like a way of turning one’s back on reality which, as you may already know, also harbors barriers and obstacles.

“Alice’s way of thinking is an ideological deformation of the consciousness of a childish, naive, simple-minded type,” Gustavo Bueno says. “Thus, by representing the world upside down, she doesn’t want to be aware of the difficulties she would have to overcome. She wants nothing to do with the methods or paths she would have to enable. This is because everything is much simpler when you accept the world is upside down and there’s nothing you can do about it.”

It isn’t a bad thing to be optimistic. In fact, it’s the origin of hope. However, it’s important to be realistic. Perceiving reality as it is helps people mature. It also helps them generate strategies to overcome adversity.

It’s hard to be aware of the real world and, thus, adapt to it when you think like Alice and believe you’re in Wonderland.

Is reality a rose garden? Do humans live in Wonderland? We certainly don’t. Lewis Carroll made a little girl his heroine for Alice’s Adventures in Wonderland. She goes through a mirror and arrives at a rather different reality, as it’s upside-down. She just went through it, didn’t have to overcome any obstacles to get there. Furthermore, everything seemed to go well in her new world. It was Wonderland, after all.

Childish thinking is naive, simplistic, and optimistic. Thus, it’s hard to pay attention to any adversity. Everything is seemingly easy and there are no hardships there.

This may seem like utopian thinking but the difference is that utopias contemplate the obstacles one may encounter.

Also, utopian and Maoist thoughts also pursue an ideal world. In them, thinking that another world is possible implies knowing the challenges you must face and how to face them, the opposite of Alice’s thought.

Utopian thought is aware of reality and doesn’t discard the struggle as a means of transport. It can make a person rethink the consequences of undertaking projects that require change. Furthermore, utopian thought knows that error is possible simply because it’s part of the daily routine. This doesn’t happen from Alice’s perspective. She just goes through a mirror to get to her alternate world.

The repercussions of Alice in Wonderland syndrome

Now it’s quite common to reach for self-help books that offer extremely positive phrases that infuse you with ideas about reality that, for the sake of redundancy, don’t correspond to reality.

There’s a kind of ode to happiness that forces you to be always positive, regardless of your circumstances. It forces you to think it must be so now and always. You must believe life is wonderful, they claim. If you think this way, you’ll attract everything you desire without too much effort.

This is somewhat dangerous since you create certain expectations in your mind and set certain actions in motion believing your dreams will be fulfilled in a rather magical way.

That usually isn’t the case. Thus, you end up having to confront adversity and end up highly frustrated and even depressed. It’s up to you to change this bias and give yourself permission to be hopeful, try to reach your goals, and change anything that doesn’t fit your values. Do so while being aware that all of it requires your effort.

It’s much healthier to welcome a design for the future in which you’re aware of possible obstacles you’ll face rather than trying to escape your reality. It’s never going to happen and you’ll only be frustrated.

As you can see, you must speak to yourself rationally and realistically. Thus, you must leave behind destructive fantasies. It’s quite sensible and legitimate to tell you to chase your positive dreams, just know it won’t be easy. In the end, the effort you put into attaining them makes you appreciate them more. Having this awareness will allow you to design your project, find resources for it, make decisions based on reality, and be more successful in anything you undertake.

Why Avoidance Hurts Us
Avoidance seems like a good option in the short term, but in the end avoidance hurts us in our relationships. Read more »
Link copied! Next
Interesting Articles
Personality Psychology
Type D Personality and How It Influences Us