A Surprising Study About Optimism

Michigan State University conducted a study about optimism with over 75,000 participants. The researchers looked at people across a broad range of ages and came to some very interesting conclusions. 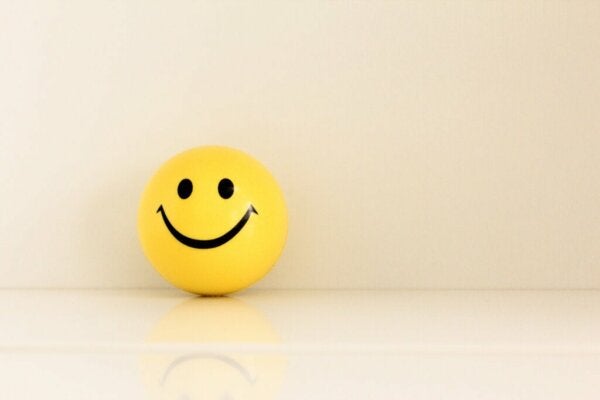 Michigan State University recently published the fascinating results of a study they conducted about optimism. Although this isn’t the first study of its kind, it’s the largest. The study’s findings also make it one of the most surprising.

Optimism is defined as an attitude that leads you to judge reality through a positive lens. It’s a particular way of interpreting events that some people are born with and others adopt as a kind of life philosophy.

Professor William Chopik directed the study about optimism, and it’s considered the largest of its kind. Researchers had a massive sample size, about 75,000 people, between the ages of 16 and 101. They studied people from the United States, Germany, and the Netherlands.

“Optimism is the faith that leads to achievement. Nothing can be done without hope and confidence.”

The optimism study set out to measure the levels of optimism and expectations about the future in men and women of different ages. Also, they looked at how common events such as marriage, divorce, a new job, or death, among others, influenced people’s positive perspectives of life.

The study excluded participants who had unusual things happen to them, either positive or negative. The study stayed within the bounds of a “typical” life, with common achievements and loss. In other words, “normal” lives that take place in “acceptable” circumstances.

The researchers also wanted to discover if people’s optimism changed over time or was related to age in some way. Previous studies suggested that middle-aged people tend to be more optimistic.

One of the surprising conclusions from this study is that tragic events and hard times don’t seem to have a significant impact on people’s positive outlook. Situations such as death or divorce didn’t tend to change an overall optimistic perspective of the world. Researchers also found that most of the participants knew they should focus on the positive side of things because it was good for maintaining emotional balance.

William Chopik, the study’s director, emphasized that people are much more resistant to adversity than previously thought. There’s a common idea that tragic events tragically change people’s perspectives on life, but that simply isn’t true. The research showed that even after going through terrible experiences people were able to be hopeful about the future.

Another interesting result of the study is what it tells us about age and attitude. In general, optimism starts increasing at around age 16 and stops at around age 70. This long stage of life is one in which many look to the future with hope and excitement.

This seems to reflect the fact that this is the stage of your life when most important and exciting things happen. You fall in love, try different jobs, study, become independent, etc. These are all important factors for an optimistic outlook.

At the age of 70, things start to change significantly. Most people start to gradually become less optimistic as they get older. That’s probably because they feel like most of their life is already behind them and their health problems are becoming more pronounced.

The importance of optimism

Other studies cited by this one suggest that optimism is closely related to the early experiences in your life. If you experience significant, safe attachments with adults during your childhood, you’ll develop a positive outlook on life that’ll last as long as you live.

There’s also data that shows how optimism and achievements feed off each other. In other words, optimistic people tend to achieve what they set out to achieve, and, at the same time, their achievements reinforce their positive outlook.

The Ups and Downs of Optimism
This case is just one more proof that during complicated times, union can awaken an optimism frightened away by the circumstances. Read more »

Link copied!
Interesting Articles
Wellness
I Choose to Be Positive

When you're going through a tough moment, the worst thing you can be told, which rubs you the wrong way, is a saying like: Be positive! Don't take things the…

Wellness
The Pain of Emotional Solitude

“You stole my solitude with false companionship.” This feeling, this emptiness, may ring a bell to you. You may have…

Wellness
Anxiety: Why Is It So Difficult to Overcome?

These days, anxiety attacks are very common, and most often we have no idea how to deal with or alleviate…

Wellness
Benefits of a Positive Attitude when Facing Illness

The benefits of a positive attitude when facing illness are many. Maintaining your optimism greatly improves your prognosis. Also, it…