Should You Sugarcoat Reality for Kids? 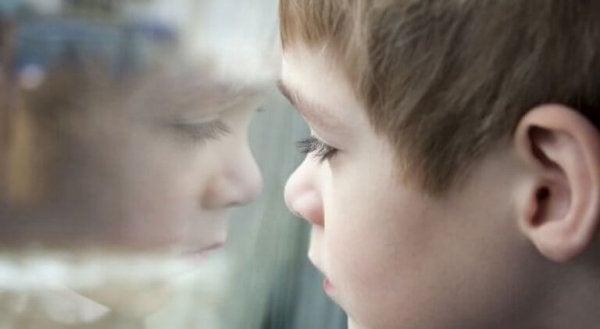 ‘Sugarcoating’ is that tendency to change a painful truth for a more pleasant lie. Why do we tend to sugarcoat reality for children? And to what extent is it good for children to live a sugarcoated reality?

In this article, we’re going to dive into this topic. First, we’ll discuss the typical behavior related to sugarcoating painful truths. Second, we’ll look at the reasons why people do it.

How to sugarcoat reality for kids

We cushion reality for our children by lying or concealing the truth about hard or uncomfortable situations or by telling fantastic magical stories.

When I refer to lies about hard or uncomfortable situations, I mean situations when adults hide information from children because they believe they’re not ready for it. Some examples are issues such as death, sex, or violence. These issues don’t seem to be a part of childhood. Therefore, we try to protect children from them.

On the other hand, magical stories refer to fairy tales. For example, we all know about Santa Claus, the Easter Bunny, or the Tooth Fairy, among others. In other words, adults make children believe that there’s more magic in our world than there really is.

Why do we sugarcoat reality for kids?

If we ask someone to tell us the reasons why they do it, they’ll most likely say to preserve their children’s innocence. This is because we believe that children are more vulnerable to stressful situations. This is certainly true, since their emotional regulation capacity is still very limited.

However, when we take a closer look at the ‘uncomfortable truths’ that we hide from children, we realize that they’re situations that, in many cases, even we don’t know how to handle. For example, issues such as death and sex are still taboo in our society. Also, the fact that we don’t have clear answers is another reason why we tell children stories that we don’t really believe.

In conclusion, we can say that there are a few reasons why people sugarcoat reality for kids. Namely, sociocultural factors that result from poor handling of taboo or uncomfortable topics. In fact, there’s a relationship between this and the emotional intelligence deficit of today’s society.

Is it okay to sugarcoat reality for kids?

Experts point out that there are some actions they don’t recommend, such as telling children stories that adults don’t believe in. For example, the existence of life after death. On the other hand, there’s no problem with being honest with children. This is why it’s okay to confess that there are questions we don’t really know the answer to.

On the other hand, it’s not about sugarcoating reality but about using language that’s adapted to a child’s understanding capacity.

People also sugarcoat reality to protect children from negative emotions. In this sense, on many occasions, we should refrain from overprotecting our children. We have to understand that it’ll be very hard for our children to learn to manage these negative emotions if they never feel them.

Let them get angry and show them what they can do with that anger. Allow them to learn to look at reality intelligently. We should also teach them how to handle uncertainty because we certainly live in a world full of it.

It’s not enough to just stop sugarcoating reality for children. In fact, we must teach our children to handle their emotions the right way.

I know this may be a controversial statement, but according to a study done in England, men lie three times…